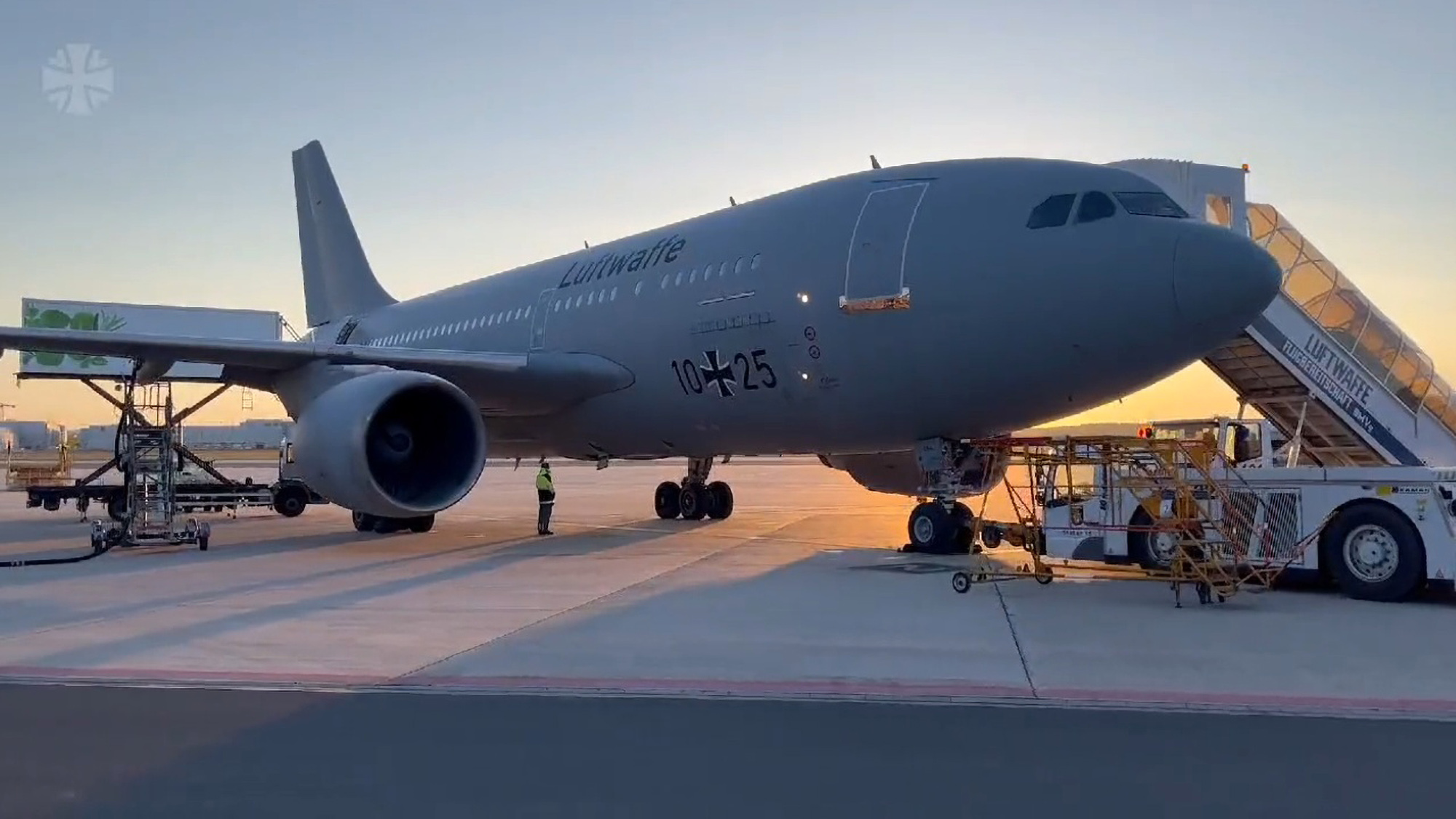 The injured Ukrainians transported from Poland to Germany at the Cologne Bonn Airport, Cologne, Germany. (@Team_Luftwaffe/Zenger)

Germany’s Air Force, the Luftwaffe, have carried out an airlift to take seriously injured people from Ukraine to hospitals in Hanover and Cologne for urgent treatment.

The military flying hospital MedEvac A310 M flew a selection of badly injured Ukrainians aged between 4 and 27 years old to Germany for urgent treatment, as can be seen in these images Zenger News obtained from the Luftwaffe.

The Cologne Fire Brigade said in a statement obtained by Zenger News (in German): “Yesterday evening, the ‎‎‎‎MedEvac‎‎ ‎‎‎‎A310‎‎ of the Bundeswehr landed again at Cologne/Bonn Airport.”

The Bundeswehr is the Armed Forces of Germany, of which the Luftwaffe is part.

The Cologne Fire Brigade added: “On board are several seriously injured Ukrainians ‎between 4 and 27 years old. They were removed and during the flight were supervised by the medical service of the Bundeswehr and after landing in ‎Germany were handed over to the civilian rescue services.

“One of the patients was transported by our ambulance service to a Cologne hospital for maximum care.‎ We wish you a quick and complete recovery!‎

“MedEvac stands for medical evacuation. The Airbus A310, known as the ‘flying intensive care unit’, has intensive care equipment that enables extensive care during the flight. Six intensive care beds are available, and 38 additional patients can be transposed lying down. The patients are accompanied by the medical service of the Bundeswehr.‎”

The Luftwaffe also tweeted about the landing, saying: “A long day goes for our A310 crew and the Bundeswehr Medical Service. BUT every second was worth it! The injured have arrived safely and are receiving medical care.”

They added: “We wish you a speedy recovery. You are in good hands!”

The German Armed Forces say on their website that the specially equipped plane “can be used flexibly in a variety of different roles” and that “especially in times of crisis, their role in medical evacuation has a special purpose.”

The German Armed forces also say: “The Airbus A310 MedEvac is operational around the clock. Its core task is to transport seriously injured soldiers from deployments to Germany. But it can also be used in other difficult situations.”

They explain that it was used in March 2020 to help with the coronavirus pandemic, for example, when it was used “as a flying intensive care unit to bring sick patients who were particularly affected by the COVID-19 disease from abroad to Germany for further treatment.”