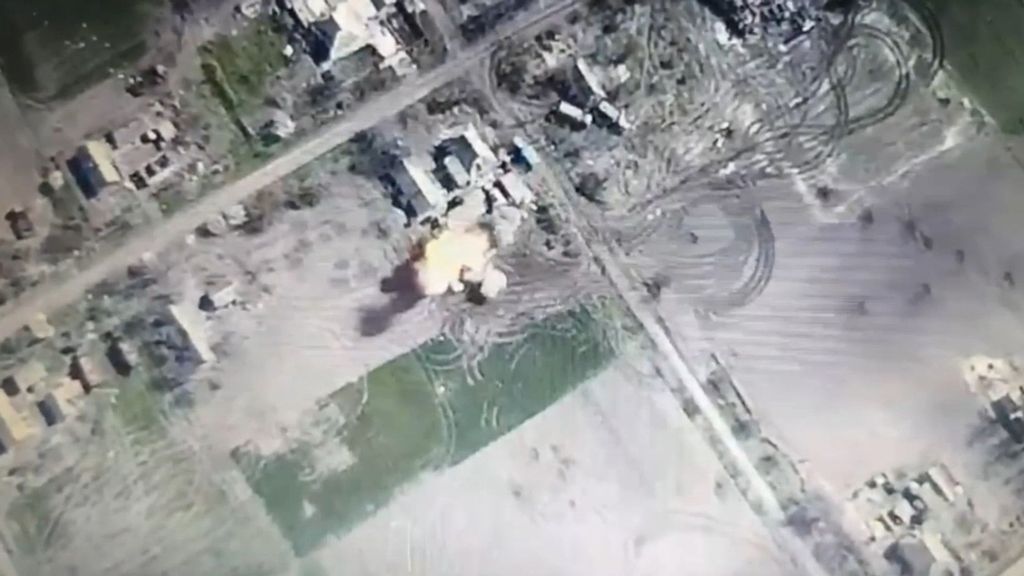 The attack took place over the weekend as Ukrainians and Russians celebrated Orthodox Holy Week and reportedly sent “Easter gifts” to the Russian units.

The 53rd Separate Mechanized Brigade, named after Prince Vladimir Monomakh – a brigade of the Ukrainian Ground Forces – said in a statement on April 24th: “Ukrainians are a very hospitable people.

“Therefore, the horde of the armed forces of the Russian Federation was not left without Easter gifts.

“Soldiers of the separate mechanized brigade named after Prince Vladimir Monomakh conveyed a warm welcome to the occupiers.

The brigade added: “Believe in our soldiers, believe in the Armed Forces of Ukraine! Let’s win together!”

The Ukrainian brigade did not state where or when the strikes took place.

Russia invaded Ukraine on February 24th in what the Kremlin called a “special military operation”. Today marks the 61st day of the invasion.

From February 24th to April 24th, the total combat losses of Russian troops stand at nearly 22,000 personnel, according to the General Staff of the Armed Forces of Ukraine.

Though the focus of the Russian invasion is now firmly on Ukraine’s eastern Donbas region, Ukrzaliznytsia (Ukrainian Railways) is reporting that five train stations in the center and west of the country have come under attack, resulting in a number of casualties.