VIDEO: Boy Aged Three That Has A Real Farm To Play With, And Even Drives A Real Tractor

Tommy Summerbell has impressed his family with his caring nature when looking after their myriad of animals.
By Anamarija Brnjarchevska April 26, 2022
Facebook
Twitter
Linkedin
Email 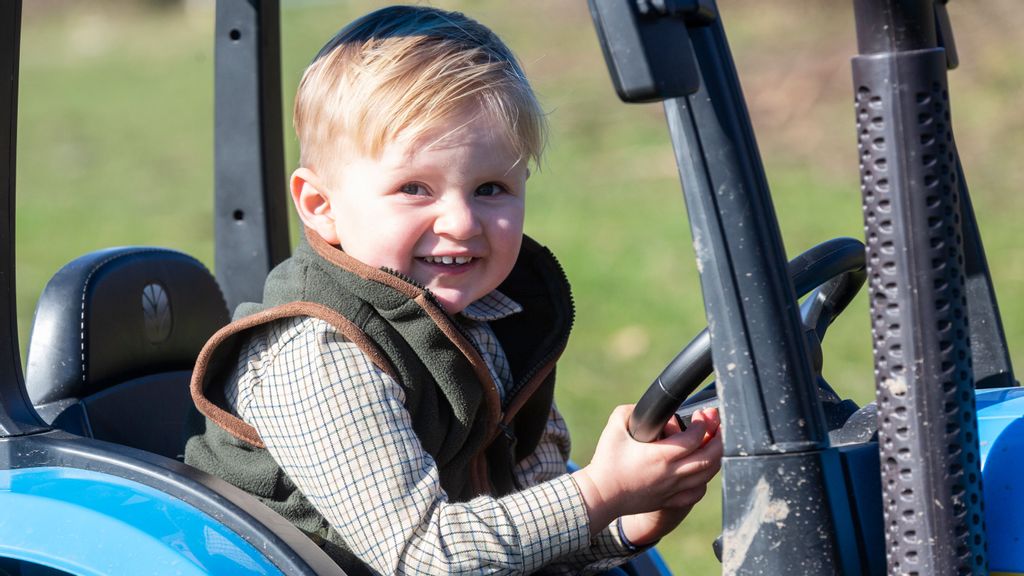 Tommy Summerbell has impressed his family with his caring nature when looking after their myriad of animals including dogs, sheep, goats, alpacas, chickens, cows and horses.

His proud mum, Kate Weightman, 29, says he is ‘seriously tractor obsessed’ after having his first ride on one at just two days old.

The toddler, who goes to nursery two days a week, now regularly drives a combine harvester – while sitting on his dad’s lap.

The cute tot, who lives on a 70-acre farm near Hartlepool in Crimdon, Co Durham, has amassed over 55k TikTok followers in less than two months.

His doting mum posts adorable videos of his outdoor antics, mostly riding around on tractors, ‘strutting’ around with his loyal dogs, and helping his dad with the daily workload.

Kate, who owns a beauty business, explained: ”He really is just farming mad.

”All he wants to do is be out and about with his dad.

”He loves being outside with the tractors and the animals.

”He charges around having the time of his life.

”He really loves going to check on the cows and lets the chickens out every morning.

”His first few words were ‘tractor’ and ‘digger’ and then after that ‘mum’.

”We’d never push him into farming, as far as we’re concerned he can do whatever he wants later in life.

”But it does seem that he’ll be in line to take over the family business.

”He already tells all the teachers at nursery about ‘my farm’.”

Tommy’s dad, David Summerbell, 37, has lived and worked on the family farm all his life.

David and Kate even plan to get married there in May 2022 – with Tommy as ring bearer.

Kate said: ”The dogs adore him and will follow him everywhere he goes on the farm.

”The first thing he does in the morning is to go and find the dogs to give them a stroke and say ‘good morning’.

”He loves them so much.

”He loves all the animals… seeing him feeding a baby goat or running around with the chickens, it’s so heartwarming.

”I think it’s why his social media has really captured people’s hearts.

”Some of his videos have over a million views, one of him with a baby goat has over six million, it’s mad!

”I like to include normal things he helps with during the day, like feeding hay to the cows, driving the combine harvester with David, and rounding up the sheep.

”We’ve not had one negative comment yet, everyone has been so kind.”

”They say they’re two peas in a pod,” Kate said.

”Cath always says it’s literally like looking at David at that age.

”We’re a bit worried about when it comes to full-time school next year as we can’t see Tommy wanting to leave the farm five full days a week.