The ASA has awarded its revered Page Medal to two amateur astronomy projects for the first time in its history.
By Martin M Barillas April 26, 2022
Facebook
Twitter
Linkedin
Email 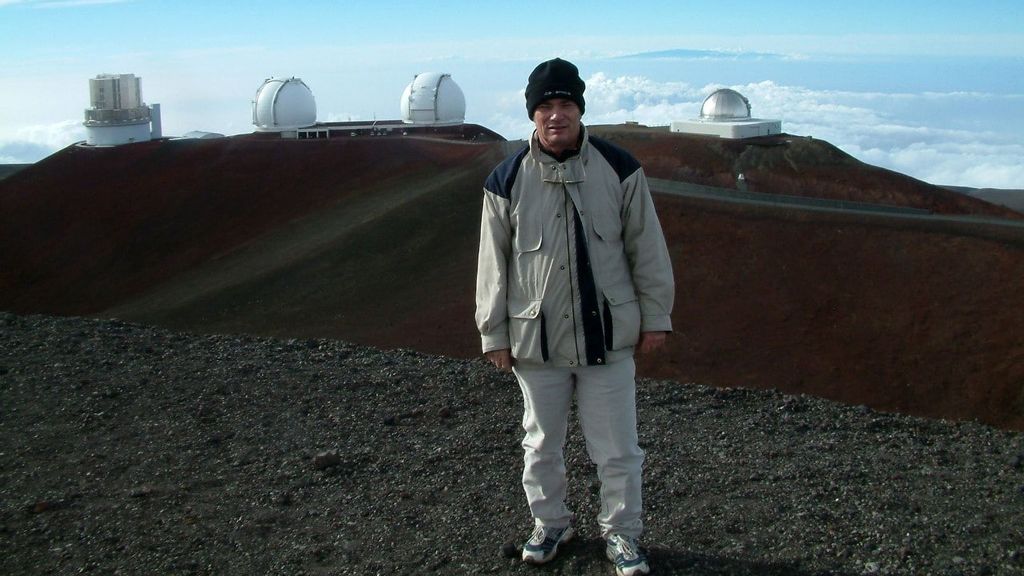 Trevor Barry at the Keck Observatory in Hawaii. (Trevor Barry/Zenger).

A pair of amateur astronomer teams have become a star attraction after winning a special prize for their discoveries on exploding suns and storms on Saturn.

Australia’s Astronomical Society – the ASA – has awarded its revered Page Medal to two amateur astronomy projects for the first time in its history.

The two awards both went to members of the Backyard Observatory Supernova Search (BOSS) team, which monitors the heavens to detect the brilliant explosion of massive stars known as supernovas.

The amateur sky-watchers report the supernovae to professional astronomers who then swing their telescopes into action to study them at crucial moments.

The sooner astronomers can start observing the dying stars, the more they can learn about them.

ASA President John Lattanzio said that the winners show that amateurs who continuously observe their targets provide a valuable service to the scientific community.

He said: “Professional telescopes have their time fully allocated, plotted minute by minute, months in advance. Whereas these dedicated and highly skilled amateurs can monitor their targets on the chance something interesting happens – and that’s where the value lies.”

He added: “The winners are truly outstanding and well-deserving, and it was impossible to differentiate between their contribution to the advancement of astronomy. Hence, the decision to make two awards for the first time in the prize history.”

Supernovas provide the materials for the intergalactic ‘seed-beds’ that create planets like Earth.

The planets of our solar system arose from leftovers of the creation of the Sun, approximately 4.5 billion years ago.

In a 2021 study, co-author Forbes and colleagues concluded that aluminum-26 which is one of the solid materials, condensed from the dust surrounding the Sun that created the planets, came from inside exploding stars.

They found that nearby supernovas, during their explosive deaths, ejected the essential aluminum-26 that seeded the nascent solar system and led to the formation of planets.

The members of the BOSS Team made observations from their vantage points at a dairy farm near Christchurch, New Zealand, as well as backyards in Brisbane and Australia’s Gold Coast.

According to BOSS member Greg Bock, the group has discovered about 200 confirmed supernovae since they started.

The second Page award was given to Trevor Barry, a BOSS member, and former miner, who discovered what was later determined is an electrical storm on Saturn.

Seen in 2008 as a swirling white spot on the ringed planet, the storm raged for seven months, the longest-lasting of any storm recorded for Saturn.

Barry, who provides storm data about Jupiter, Mars, and Saturn to NASA, said, “The CASSINI spacecraft orbiting Saturn couldn’t image the storm on a day-to-day basis, due to its orbit and other priorities. I could.”

Awarded biennially, the Page Medal was established in honor of Berenice and Arthur Page, a married couple and ASA co-founders who pioneered astronomy in Australia.

The award is granted by ASA in recognition of scientific advancements in astronomy.

Hailing from Broken Hill in New South Wales, Barry said he is pleased with the award. He said, “I’m waiting for the next big thing to happen because Saturn can be a bit staid. It’s not rambunctious like Jupiter.”

«Previous Post
VIDEO: Boy Aged Three That Has A Real Farm To Play With, And Even Drives A Real Tractor»Next Post
Howzat: Britain’s Longest-Serving Cricket Umpire Return To The Crease For His 71st Season