The footage was reportedly filmed near Krasnohorivka, which is a city located in the Donetsk Oblast region, in eastern Ukraine.
By Joseph Golder April 25, 2022
Facebook
Twitter
Linkedin
Email 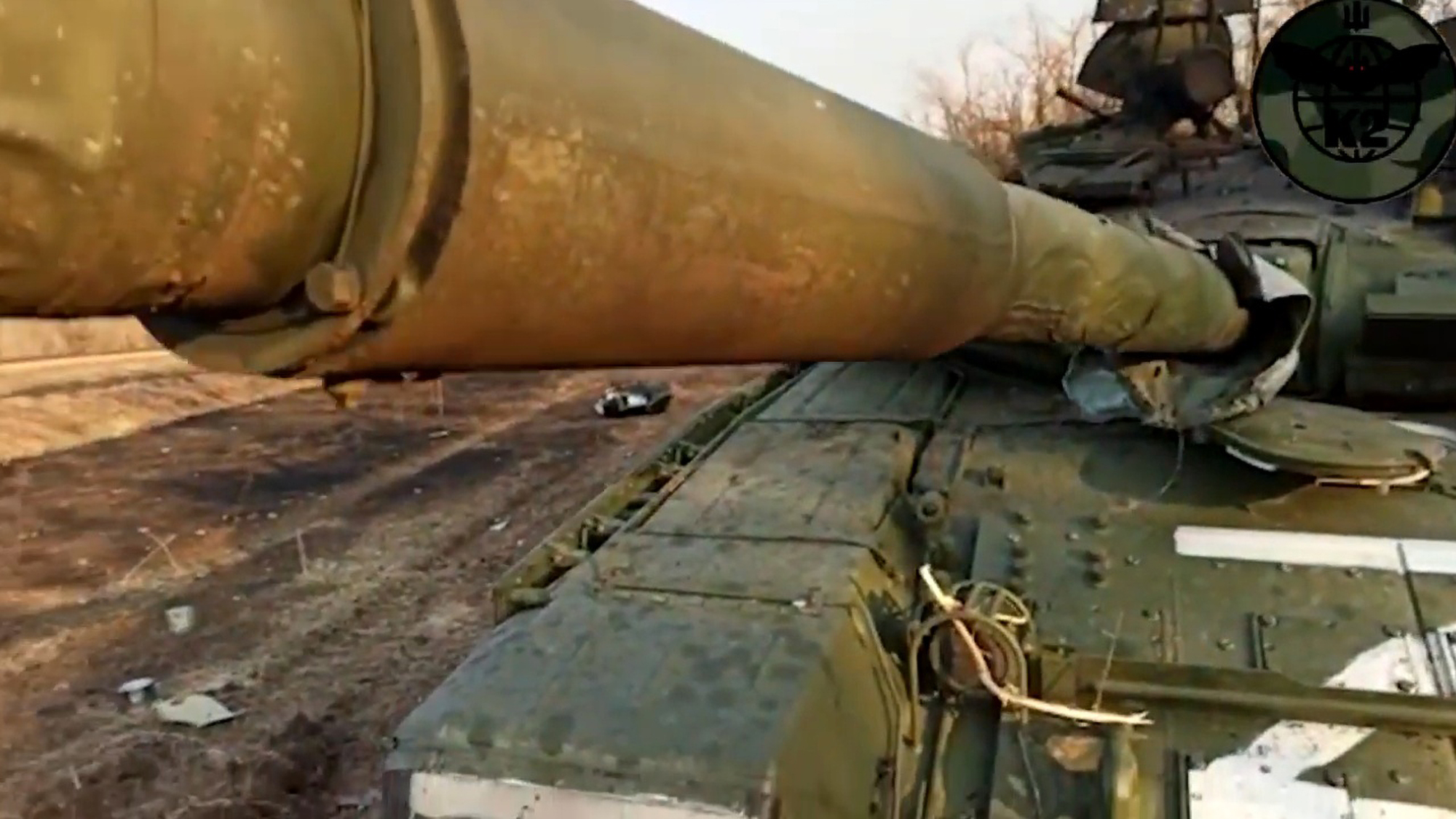 The footage was reportedly filmed near Krasnohorivka, which is a city located in the Donetsk Oblast region, in eastern Ukraine.

The images show a column of Russian tanks advancing before they are suddenly hit by Ukrainian ordnance. Some of them come to a standstill, while others can be seen taking a base of action and attempting to turn around.

After being repeatedly hit, many of the tanks can be seen no longer moving.

The footage then cuts and shows the Russian tanks with the white letter ‘Z’ daubed on them. The camera pans upwards and shows damaged Russian tanks, still smoking after being hit by Ukrainian weaponry.

The footage then cuts and shows some of the tanks up close. The tanks can also be seen with the letter ‘Z’ daubed on them, with one of the military vehicles even having had its caterpillar tracks blown off, stopping it dead.

It is unclear if any of the Russian soldiers managed to flee after their attempted advance on Ukrainian positions was repelled.

Zenger News obtained the images from the K-2 Battle Group, which is part of the Ukrainian Ground Forces’ 54th Mechanized Brigade, and they said: “The war continues. The horde does not give up hope to capture new settlements in the Donetsk region.”

Russian forces reportedly took control of over 40 villages in eastern Ukraine on Thursday, 21st April, but President Ukrainian Volodymyr Zelenskyy has said that this is only temporary and that “they can only delay the inevitable, the time when the invaders will happily territory”, with Ukrainian forces mounting numerous successful counteroffensives.

The K-2 Battle Group also said: “And so on the morning of this spring day, they tried to attack the advanced positions of the defenders of Ukraine in Krasnohorivka near Marinka with the help of tanks, demining vehicles and brand new armored personnel carriers.

“But their intentions were detected in time with the help of air reconnaissance, and the K2 reconnaissance group and another powerful unit of the glorious 54th OMBR [the 54th Mechanized Brigade] entered the battle!

“An accurate missile strike was inflicted on the Horde, as a result of which the enemy’s heavy offensive equipment was destroyed!”

They also said “We are working towards victory!” before signing off with the now-famous slogan “Slava Ukraini!”, which means “Glory to Ukraine!” in English.

The World Bank has said that physical damage to the country’s buildings and infrastructure, as a result of Russia’s invasion, has reached approximately USD 60 billion (GBP 46.5 billion; EUR 55.5 billion), with President Zelenskyy saying that Ukraine needs USD 7 billion (GBP 5.4 billion; EUR 6.47 billion) a month to counterbalance the economic losses it has caused.