VIDEO: Russian Soldier Drops Pants To Relieve Self In Field Shortly Before Unit Is Hit By Ukrainians 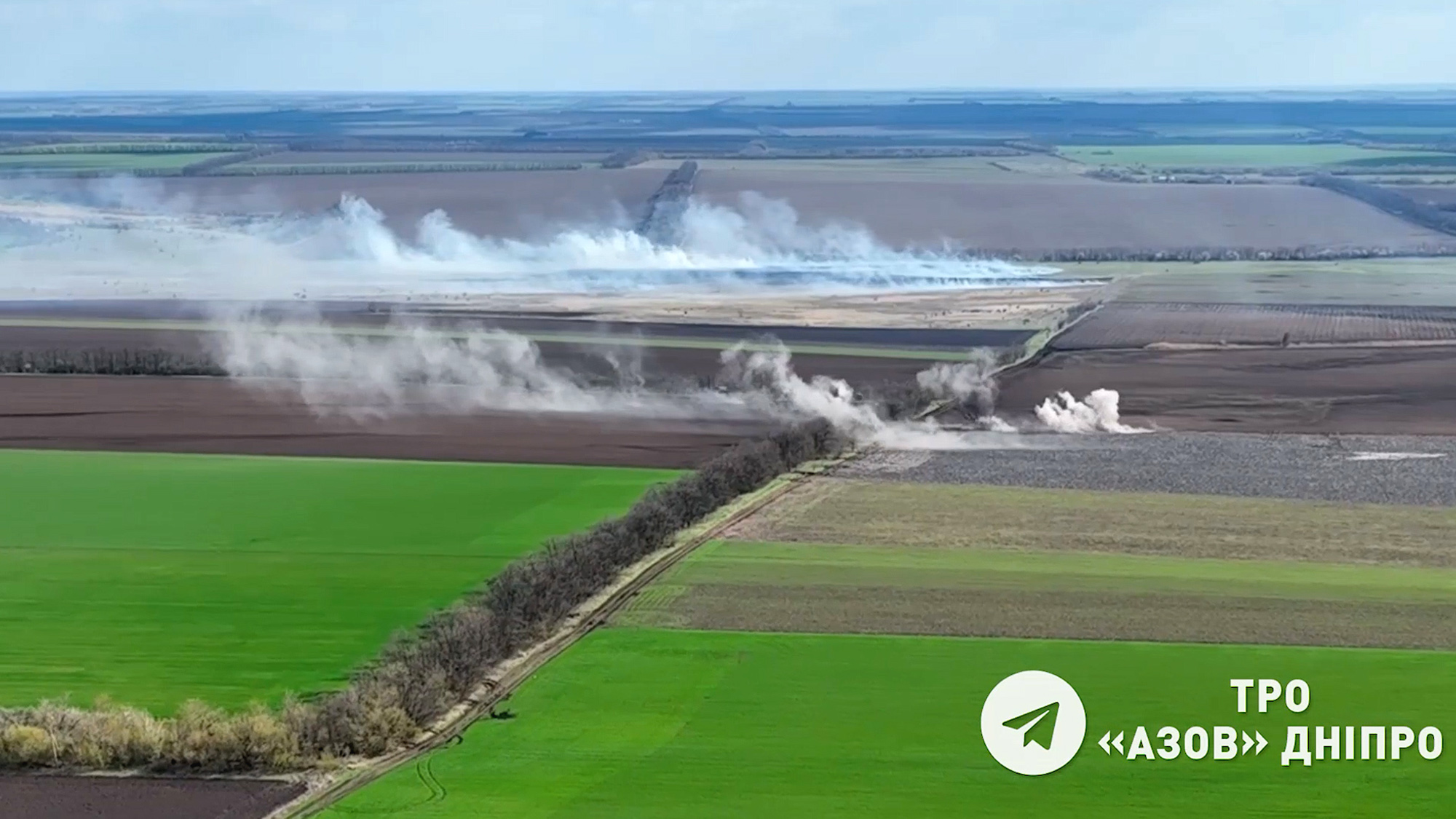 Azov Dnipro artillery blew out the positions of a Russians while a Russian soldier was attempting to shite in the field in Ukraine, in April 2022. (@azov_dnipro/Zenger).

This video filmed from the sky shows a Russian soldier dropping his pants in a field to defecate before Ukrainian weapons rain down on his unit’s positions.

Azov said (in Ukrainian): “Dnieper Air Intelligence Unit Azov, successfully adjusted the artillery with the help of a drone.

“The result: orc equipment is destroyed and burned.”

The Azov Regiment is a unit of the National Guard of Ukraine, the Ukrainian national gendarmerie and internal military force. Ukrainian military forces regularly refer to invading Russian soldiers as “orcs”.

Dnipro is located in east-central Ukraine. It remains under Ukrainian control but lies not far from the front line, which stretches from north of Kharkiv, in the north-east, around to Kherson, in the south.

Russian troops invaded Ukraine on February 24 in what the Kremlin is calling a “special military operation” to “demilitarise and denazify” the country. The invasion is now in its 58th day.

The General Staff of the Armed Forces of Ukraine (AFU) reported earlier today that around 21,200 Russian troops had been killed over the course of the invasion thus far.

The updates come after Russian troops occupied 40 villages in eastern Ukraine yesterday, with Ukrainian President Volodymyr Zelenskyy warning that these and other gains would only be temporary.

The World Bank has said that physical damage to the country’s buildings and infrastructure, as a result of Russia’s invasion, has reached approximately 60 billion dollars, with President Zelenskyy saying that Ukraine needs 7 billion dollars a month to counterbalance the economic losses it has caused.

Meanwhile, the United Nations is investigating over 300 alleged unlawful killings in the besieged country.

And Russian President Vladimir Putin has ordered his forces not to storm the Azovstal steel plant in devastated Mariupol, where a rump of Ukrainian fighters are still holding out.

Instead, Putin has instructed the troops to seal the plant so that not even a “fly” can escape. He is claiming that Russia now has control of the south-eastern port city.