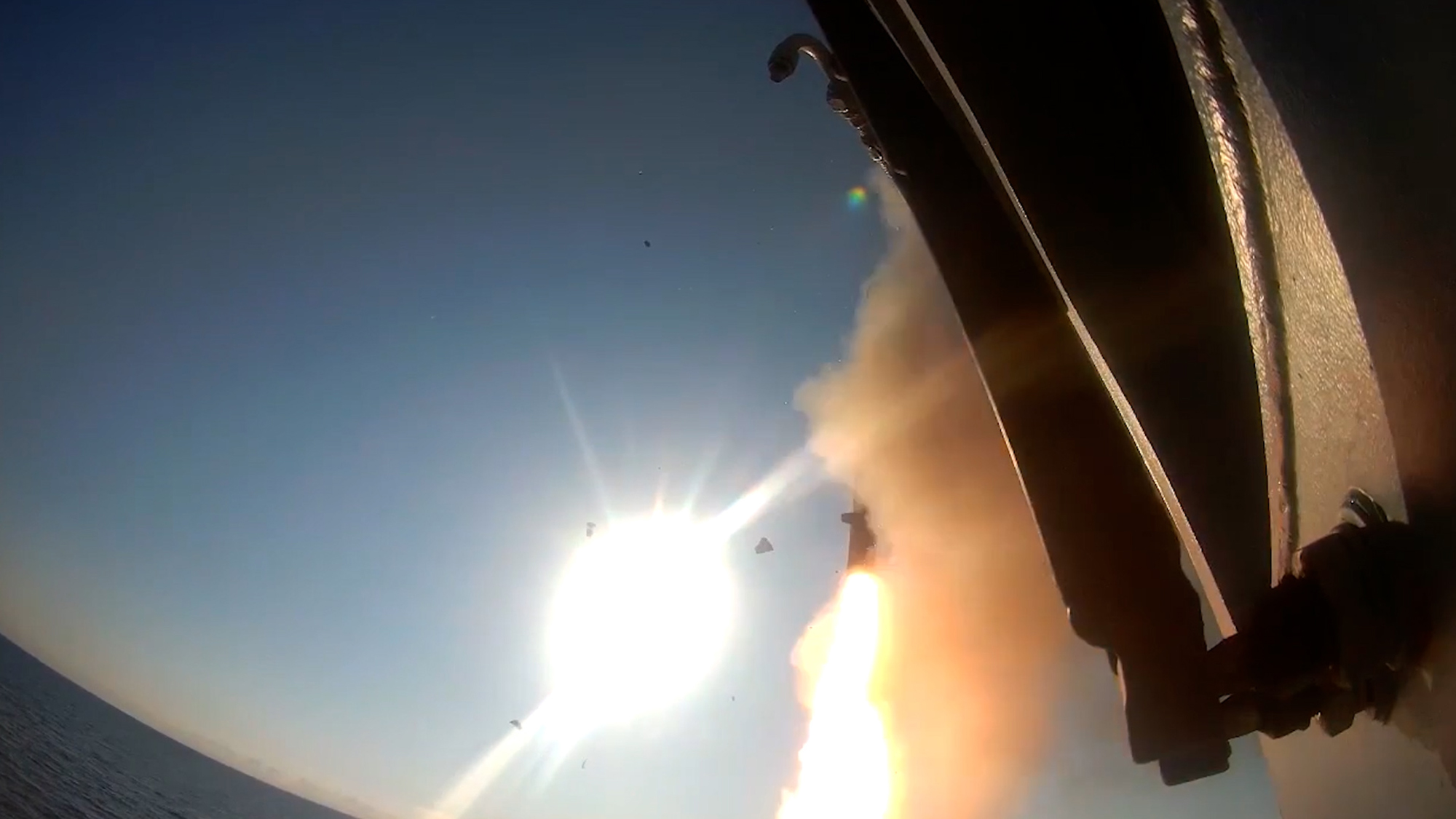 The launch of four Kaliber cruise missiles from the Black Sea Fleet frigate against military infrastructure facilities of the Armed Forces of Ukraine. (Ministry of Defence of Russia/Zenger)

This is the moment Russian servicemen fire a flurry of Kalibr missiles into the sky and allegedly destroy a Ukrainian battalion.

The Russian Ministry of Defense (MoD) said in a statement this morning (April 22): “The Armed Forces of the Russian Federation continue the special military operation in Ukraine.

“One Ukrainian S-300 anti-aircraft missile system was destroyed near Novoselka.

“One command post and an area of Ukrainian manpower and military equipment concentrated near Aleksandrovka were hit. Up to 80 nationalists, as well as over 23 armored vehicles and cars, were destroyed.

“One Ukrainian unmanned aerial vehicle (UAV) was shot down by a high-precision, air-to-air missile.

“Russian air defense destroyed seven Ukrainian unmanned aerial vehicles near Staromaiorskoe, Yasinovataya, Staromikhailovka and Kalinovka in the Donetsk People’s Republic, as well as near Aleksandrovka and Tokarevo in the Kherson region.

“In total, 140 aircraft and 106 helicopters, 520 unmanned aerial vehicles, 257 anti-aircraft missile systems, 2,448 tanks and other armored combat vehicles, 271 multiple launch rocket systems, 1,062 field artillery and mortars, as well as 2,289 units of special military vehicles of the Armed Forces of Ukraine were destroyed during the operation.”

Russia invaded Ukraine on February 24 in what the Kremlin called a “special military operation”. Today marks the 58th day of the invasion.

From February 24 to April 22, the total combat losses of Russian troops stand at 21,200 personnel, according to the General Staff of the Armed Forces of Ukraine.