Tanaka passed away on April 19 in a hospital in Fukuoka in  southern Japan.
By Lee Bullen April 25, 2022
Facebook
Twitter
Linkedin
Email 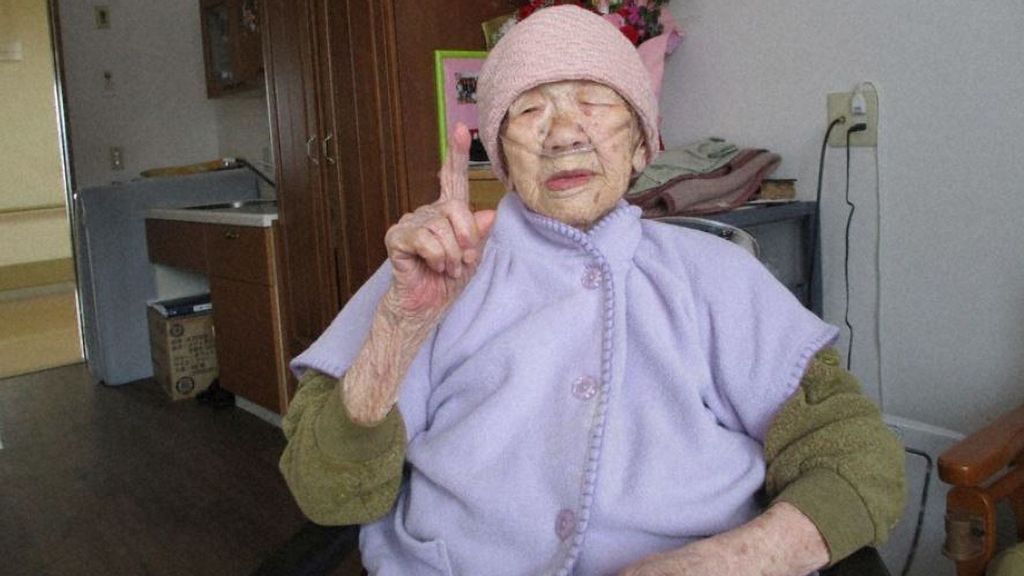 Confirmed as the oldest woman and oldest living person in 2019, Tanaka passed away on April 19 in a hospital in Fukuokain  southern Japan.

“According to a tweet posted by Kane’s family on the April 13th 2022, she had recently been ‘hospitalized and discharged repeatedly’,” the statement added.

Born as the seventh child of Kumakichi and Kuma Ota, Kane came into the world on January 2nd 1903, the same year the Wright brothers flew for the first time, the first baseball World Series was played and

She spent her final years at a rest home in the Japanese city of Fukuoka where she liked to play board games and solve maths puzzles.

Guinness World Records said: “Kane was selected as one of the torchbearers for the Tokyo 2020 Olympic Torch Relay, though her participation was called off due to COVID-19.

“She was also known to have a sweet tooth – on the day her official Guinness World Records certificate was presented to her, she also received a box of chocolates, which she immediately opened and started eating.

“Even in her final days, her family said she still had an appetite for chocolate and cola.”

Guinness World Records said Kane was “just a few years away from becoming the oldest person ever (female), a title which still belongs to Jeanne Louise Calment”.

Guinness World Records said they “sent their deepest condolences to Kane’s family”, adding: “The titles of oldest person living and oldest person living (female) are currently being investigated. Further information will be announced upon confirmation of the next record holder.”