Veterinarians hope the armadillo pups continue to develop and will be able to return to the wild in a few months.
By Lee Bullen April 25, 2022
Facebook
Twitter
Linkedin
Email 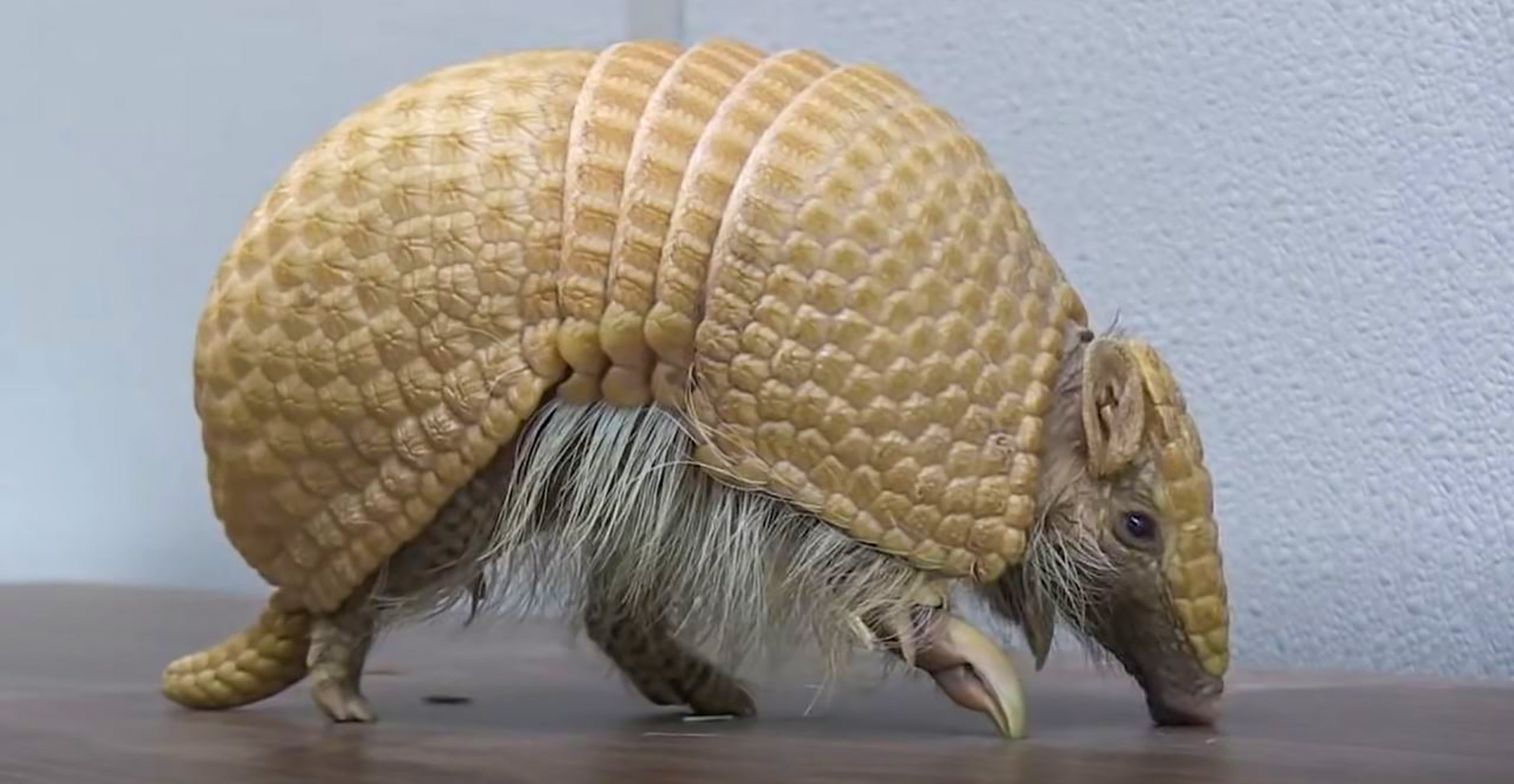 These cute armadillo babies have been rescued from a field in Colombia after their mother was probably killed by a predator.

The Center for Care and Assessment (CAV) of the Regional Autonomous Corporation of Valle del Cauca (CVC) said the baby armadillos were found in the rural municipality of La Cumbre in the Colombian department of Valle del Cauca.

In a statement obtained by Zenger News, the CVC said on April 19: “The armadillos were quarantined at the Center for Care and Assessment (CAV) of the CVC in a place set up to simulate their natural habitat.

“Residents in the village of Pavitas in the municipality of La Cumbre noticed the presence of two pups of an armadillo species that were abandoned in the middle of a field. The people who carried out the rescue presumed that their mother was attacked by domestic animals.

“Immediately, the residents contacted the CVC to deliver the baby armadillos. Upon arrival at the center, Corporation officials carried out an evaluation of the animals, finding one of them with its eyes closed still so it is presumably only a few days old.”

CVC spokesperson Alejandro Betancourt Tabares said: “The armadillos were quarantined after entering the CAV because of their contact with humans, and a burrow was built for them to sit in their habitat. Due to their age, they are being fed milk.

“We are also grateful to the citizens who rescued the armadillos. Thanks to their quick action, the lives of these babies can be safeguarded.”

Veterinarians hope the armadillo pups continue to develop and will be able to return to the wild in a few months.

The word armadillo means “little armored ones” in Spanish. They are notable for their armored shell and the long sharp claws that they have, to dig the boroughs in which they live and raise their young.

There are different species with most being able to roll into a ball to protect themselves when threatened.

They originated in South America and all the surviving species are still only found in the region. The armadillo has been known to feed on insects and other invertebrates species although for the most part, they prefer to eat ants and termites – which is another reason for their extended claws that allow them to dig up their prey.

The young are born in burrows and have a soft, leathery skin that takes a few weeks to harden as seen in the pictures, which again shows the young age of the armadillos seen in these pictures. They are regarded as adults within a few months of being born when they are also capable of having young themselves.

Once these babies were grown up, they would have moved out to live in a burrow on their own, only seeking other armadillos to reproduce.