Couple was arrested for selling counterfeit products at their home in the Portuguese municipality of Mirandela.
By Lee Bullen April 25, 2022
Facebook
Twitter
Linkedin
Email 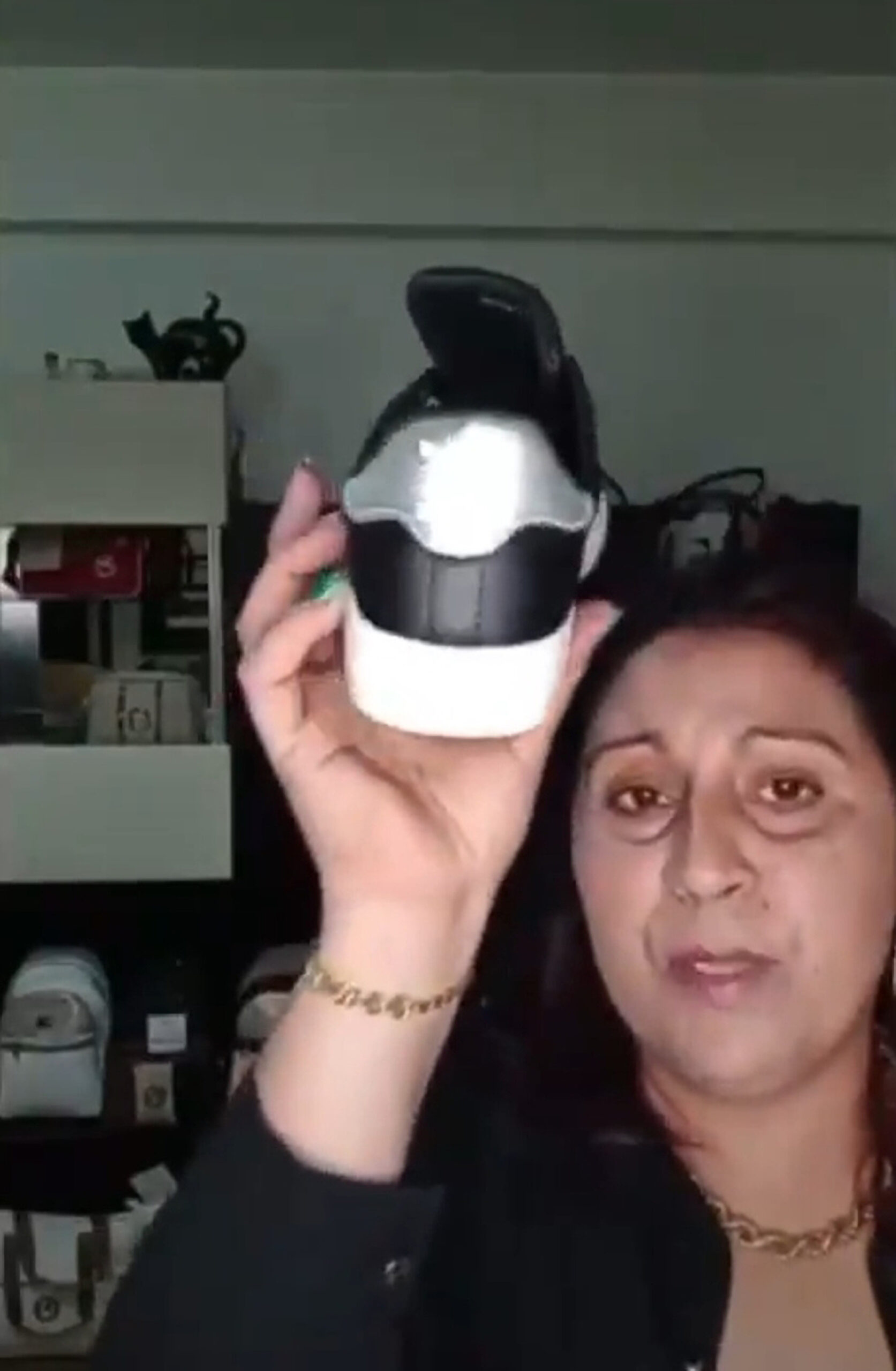 Couple from Mirandela in Portugal detained in April 2022 during a Facebook live sale session. (Zenger)

This is the moment a Portuguese couple is arrested on camera by cops while in the middle of selling allegedly counterfeit goods on Facebook Live.

The couple, names not disclosed, was arrested for selling counterfeit products at their home in the Portuguese municipality of Mirandela.

The police shared footage of the arrest on social media to remind citizens that “counterfeiting is a crime”.

The couple was filming a Facebook Live video when they were caught red-handed allegedly selling the illegal goods in their home.

In the footage, the female suspect is seen hawking a pair of trainers with the Adidas logo during the Facebook Live session.

Meanwhile, a collection of bags and other products are seen filling the shelves of a cabinet behind the suspect.

A loud bang is suddenly heard at the front door and the surprised woman goes to check.

A voice is heard saying “police” in the background before shouts fill the air and a cop runs past the camera.

The officer is then seen arresting a man on the floor before turning the camera away.

According to reports, the pair were then placed under arrest and taken to a local cop shop.

The police in Mirandela declined to provide any further information to local media as the investigation continues.

Across the European Union, including in Portugal, there are tough penalties for anyone caught trading in counterfeit goods which the European Commission says is responsible for products that damage health and cause financial loss to tax authorities and companies.

In 2019, the most recent year for which figures are available, imports of counterfeit goods amounted to 119 billion euros (129 billion dollars) – up to 5.8 percent of EU imports.

The total amount of articles detained at the EU’s borders increased in 2019 compared to previous years. Despite the continued efforts of public and private stakehZenger News to turn the tide, counterfeiting is said to be still thriving.

Counterfeiters are also not just confined to luxury goods, with the fakers target goods from a broad variety of industries, such as pharmaceuticals and medical devices, consumer goods (e.g. food and drink, cosmetics and toys), business‑to‑business products (e.g. vehicle spare parts) and IT goods (e.g. phones, chargers and batteries).

The Commission which plans to introduce new initiatives this year determined that the cross‑border nature of the trade in counterfeit goods and their online dissemination means that the Member States alone cannot combat the issue.