In a study scientists described that carbon-based nanoparticles, or carbon black, may be an alternative to harmful chemicals.
By Martin M Barillas April 25, 2022
Facebook
Twitter
Linkedin
Email 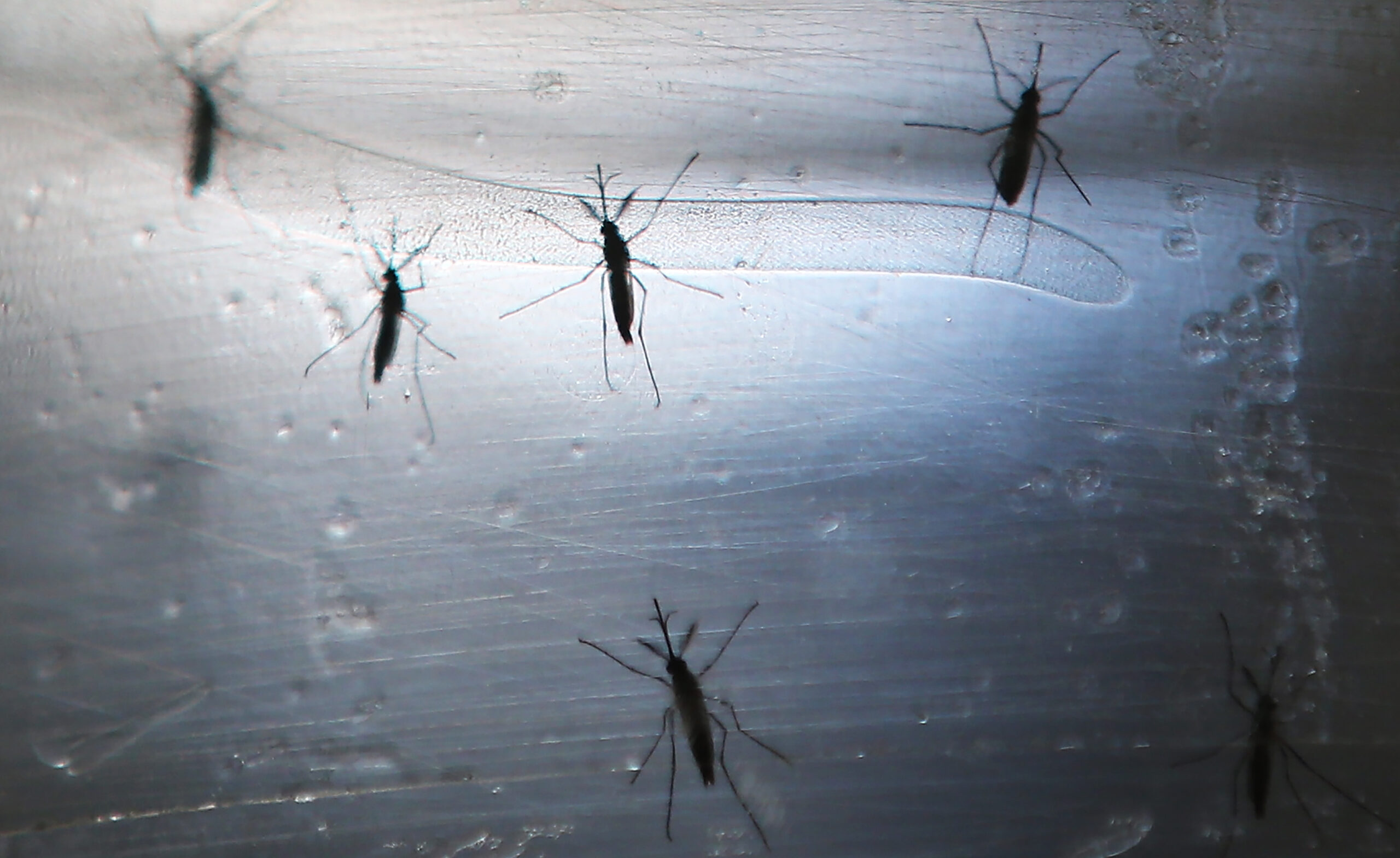 Aedes aegypti mosquitos are seen in a lab at the Fiocruz Institute on June 2, 2016 in Recife, Brazil. (World Health Organization) rejected the proposal. (Photo by Mario Tama/Getty Images)

Black car paint could become a secret weapon in the battle to kill the yellow fever mosquito which has a natural resistance to some insecticides.

In a study appearing in the journal Insects, scientists described that carbon-based nanoparticles (CNPs), or carbon black, may be an alternative to harmful chemicals.

Made out of microscopic, organic elements, a modified form of CNPs, called Emperor 1800, was originally billed as a substance that is used to coat cars black.

Co-author Peter Piermarini of Ohio State University said, “If we can learn more about how carbon black works and how to use it safely, we could design a commercially available nanoparticle that is highly effective against insecticide-resistant mosquitoes.”

The yellow fever mosquito, or Aedes aegypti species of the noisome pest, was once native only to Africa but was brought to the Americas centuries ago and became endemic and resistant to some insecticides.

The pesky insect not only spreads deadly yellow fever, but also dengue, chikungunya, and Zika.

Among the deadliest creatures in the world, they don’t travel far from where they emerge from stagnant water, not more than a few hundred meters, but spread in their tens of millions that are enough to steadily transmit disease.

Hundreds of thousands of people have become ill and died because of mosquito-borne illnesses.

The researchers tested Emperor 1800 carbon black in the lab by applying it to the water in which larval mosquitoes in the earliest stages thrive.

They found that just 48 hours after application with CNPs, the mosquito larvae were dead.

“Given the properties of carbon black, it has the most potential for killing larvae because it can be suspended in water,” Piermarini said.

The carbon black gathers on the head and body of the pests, and even their insides, which means they were ingesting the substance.

In other words, CNPs hindered the mosquitoes’ breathing and gave them wicked indigestion.

Female mosquitoes are the deadliest of the species because they must consume blood to provide nutritious protein to their eggs.

Males, on the other hand, are content with sipping flower nectar.

Once females have feasted on blood, and transmitted disease to their hapless victims, they return to still water to drop their eggs.

After their eggs hatch, the resulting larvae remain in water for about seven days until taking wing as adults.

Surprisingly, CNPs appeared to kill equally mosquitoes resistant to insecticides, and those susceptible to the chemicals.

“When you first apply the CNP solution it has similar toxicity against both strains,” Piermarini said.

He added, “But when you let the suspension age for a few weeks, it tends to become more potent against the resistant strain of mosquitoes.”

The study found that CNPs can control noxious mosquitoes when applied on their breeding grounds.

Further testing may determine whether CNPs are safe for use in the environment.