The incident took place in a production workshop of a company in Longgang, on March 30.
By Emily Wu April 22, 2022
Facebook
Twitter
Linkedin
Email 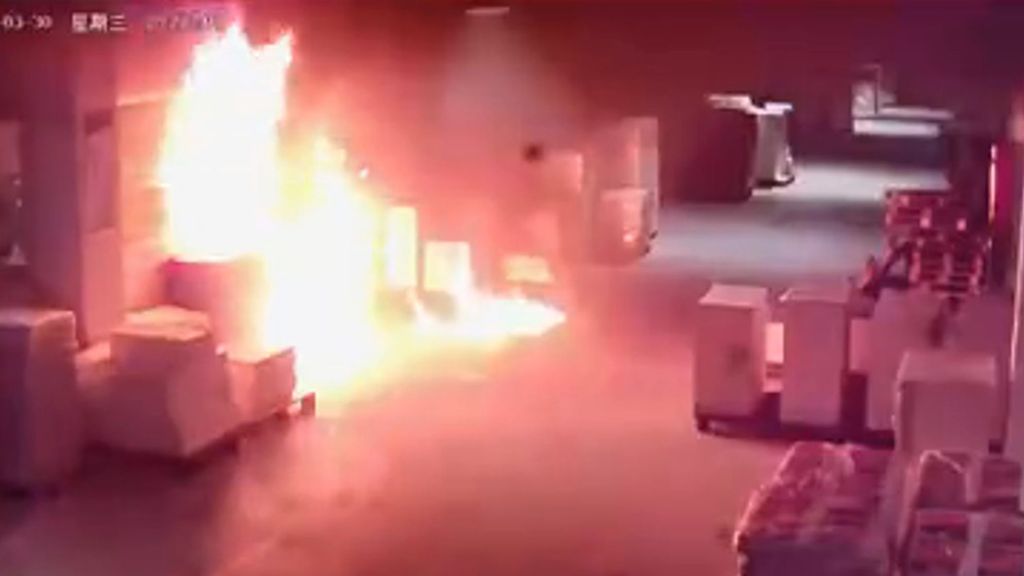 This is the moment a bored worker in a warehouse decides to burn some hand disinfectant on the floor and starts a massive blaze in the process.

The incident took place in a production workshop of a company in Longgang, a city which is under the administration of the city of Wenzhou in the Chinese province of Zhejiang on March 30, with the footage only now made public by emergency services.

In the CCTV images obtained from the Wenzhou fire service, the man can be seen kneeling down to start a small fire to burn the deliberately spilled handwash.

The fire, however, quickly gets out of control as he tries to extinguish it with what appears to be a shovel.

Another person then comes by to help but in vain, as later footage shows the entire warehouse ablaze.

The fire, which the later video shows had seemingly spread to electrical equipment, then appears to cause an explosion followed by a power cut as the electricity in the workshop is cut off.

Seconds later, people off camera appear to use fire extinguishers to tackle the blaze.

According to reports, the worker identified only as Mr. Lu, was feeling bored at work and decided to set fire to the liquid to have some fun and pass the time.

Lu had reportedly deliberately poured the cleaning fluid on the ground before he used a lighter to start a small fire.

Two colleagues identified as Chen and Xu had extinguished that fire by using the fire extinguishers.

Wenzhou Fire said in a statement obtained by Zenger News: “After the incident, the fire supervisor of the Longgang Fire Rescue Brigade conducted a fire accident investigation in the enterprise because the party Mr. Lu set fire in violation of Article 64 of the Fire Protection Law of the People’s Republic of China.

“The case was transferred to the public security organs, and Lu has been put in detention for 11 days so far.”

There is no report of the material damage in the warehouse caused by the fire. It is also unclear how long Mr. Lu will remain detained and penalties he faces.