Non-drivers employed by Walmart also have a shot at getting into trucks through its 12-week in-house training course.
By Martin M Barillas April 22, 2022
Facebook
Twitter
Linkedin
Email 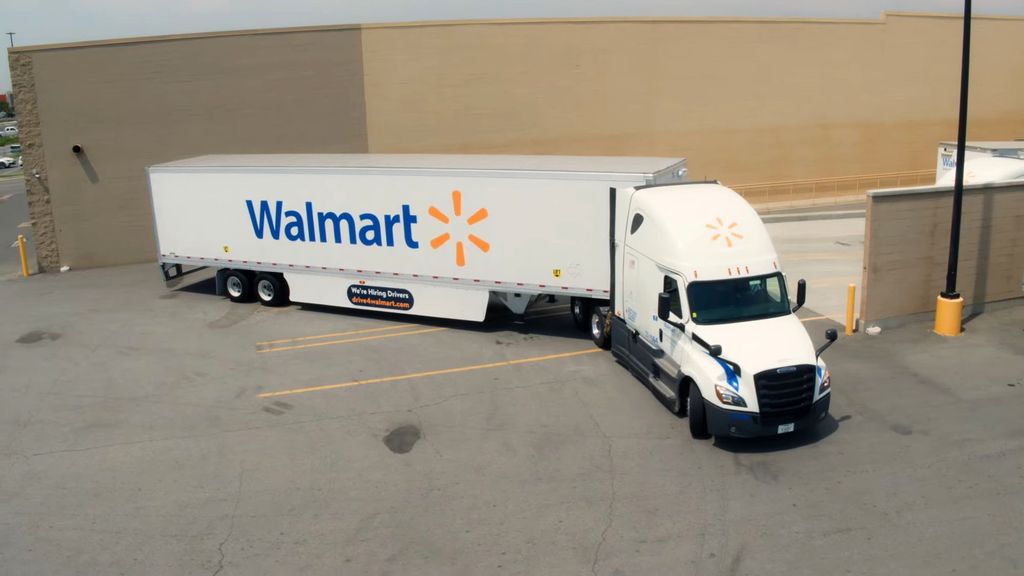 Walmart is offering a starting salary of 110,000 dollars to its in-house truck drivers, which an industry expert says is a response to a critical need for truckers in the US who are vital to the delivery of goods around the country.

The retail giant announced this week that its drivers can earn as much as 110,000 dollars in their first year, while some can earn more, depending on tenure and other factors. Current drivers, whose salaries are no lower than 95,000 dollars, will get raises, having risen from an average of 87,000 dollars.

Currently, Walmart drivers earn far more than recent graduates of 4-year institutions, who earned an average of 55,260 dollars in 2021, according to the National Association of Colleges and Employers.

Many college graduates, even those from state universities, face significant debt too.

Non-drivers employed by Walmart also have a shot at getting into trucks through its 12-week in-house training course.

The company is following the lead of trucking companies such as Utah-based C.R. England, which announced in 2021 its biggest pay rise for drivers in its history, having already boosted those salaries by 50 percent since 2018.

In an extensive interview with Zenger News, Nick Geale, V.P. for Workforce Policy at the American Trucking Associations (ATA), referred to his organization’s 2021 analysis of the freight industry in the US in terms of drivers.

Geale said: “It determined that based on freight need, we were about 81,000 drivers short of what we need to have in an effective and resilient supply chain. That’s based on long-term data analysis.”

ATA economist Bob Costello had recently underscored the continued demand for drivers, saying: “Demand for trucking freight services remains strong, but for-hire contract carriers are capacity constrained due to the driver and equipment markets. The spot market has been surging as these carriers can’t haul all of the freight they are asked to move.”

Costello added: “So the fact that the tonnage index hasn’t fully recovered is a supply problem, not a lack of demand. Other ATA data shows that for-hire carriers are operating around 7 percent fewer trucks, both company and independent contractor equipment, than prior to the pandemic.”

Change in the industry is driving change for drivers, Geale said in the interview. He said: “About 14 years ago, drivers drove on average 125,000 miles per year. Today, that’s down to 100,000. So, we’ve had a 20 percent reduction in the amount of miles per driver in this country since then.”.

This translates, he said, to a 20-percent rise in demand for drivers, and trucks.

To entice hires, Geale said Walmart and other ATA members have offered pay increases to over-the-road truck drivers of 8.7 percent each year for the last three years. He said truckers earn an average of 59,000 dollars per year.

This figure is based, he said, on US Bureau of Labor Statistics data on weekly earnings for long-haul truckers.

Geale said, “That figure has been rising at five times the historical average as fleets compete for drivers, and if annualized gets to an average of 59,000 dollars per year.”

That figure, he said, is expected to rise this year.

According to Geale, when drivers are given increased pay, they “choose to drive less for lifestyle reasons – so drivers make more while they’re working, but work less.”

The retaining and hiring of drivers are complex problems.

According to a February 2022 report by the US Department of Transportation, it is because of “challenging working conditions.”

The report said that “as e-commerce creates additional demand for warehousing jobs and short-haul freight, long-haul trucking positions may become harder to fill”, citing the time drivers spend away from home and high turnover rates as reasons for drivers seeking employment elsewhere.

According to the ATA, there is no single cause of driver shortage. An ATA statement noted that one factor is truckers’ high average age, which leads to retirements.

Many “would be and current drivers,” said an ATA statement, cannot pass a drug test, “a problem exacerbated by an increasing number of states legalizing marijuana,” which the federal government still prohibits.

Also, women make up only 7 percent of drivers, which is below their representation in the labor market.

Another limitation is imposed by federal regulation prohibiting commercial drivers under 21 from crossing state lines, thus reducing access to what Geale characterized as “good-paying jobs that lead to the middle class.”

Noting that there is no single cause for the driver shortage, the ATA statement said: “The solution to the driver shortage will most certainly require increased pay, regulatory changes and modifications to shippers’, receivers’ and carriers’ business practices to improve conditions for drivers.”

Geale said that the economy will still need truck drivers in the future, despite the prospect of driverless vehicles.

The Teamsters labor union, which represents drivers, pilots, law enforcement officers, health workers, and others did not wish to comment when contacted about Walmart’s offer. The union did, however, verify that it does not represent Walmart drivers.