The video was shared on TikTok by netizens ‘Queenfirecrotch, where it has been viewed 13.9 million times in less than a week.
By Arian Movileanu April 22, 2022
Facebook
Twitter
Linkedin
Email 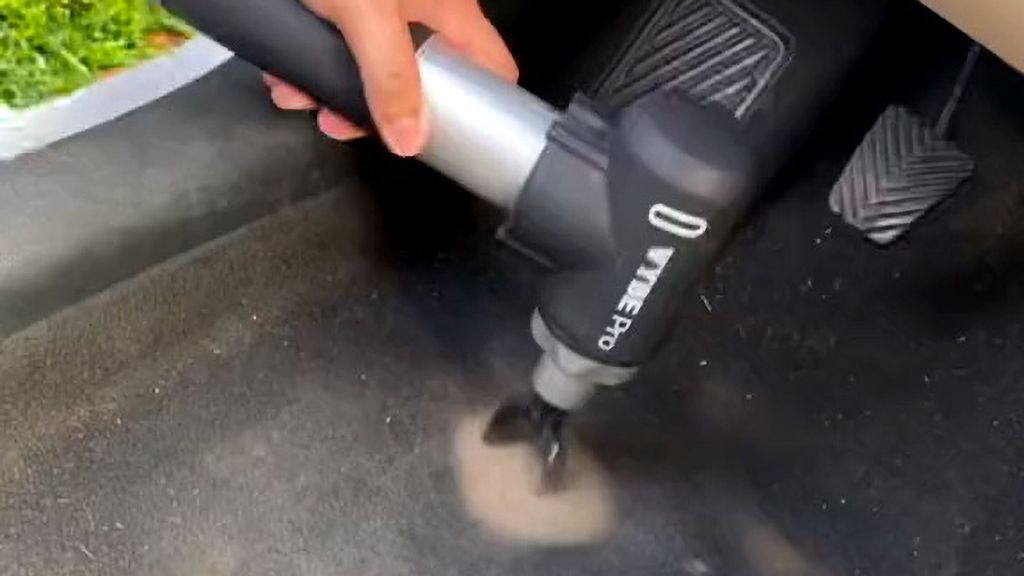 Lanie Green from Houston, Texas, showing how to find the dirt hidden in your car. (@queenfirecrotch, @wtvvtv/Zenger)

This video – viewed a whopping 14 million times in five days – shows a shrewd car owner using a handheld massager to whip up piles of hidden dirt in his car carpet.

The video was shared on TikTok by netizens ‘Queenfirecrotch’, better known as Lanie Green, 19, from Houston in Texas, where it has been viewed 13.9 million times in less than a week.

In the footage, Lanie’s boyfriend William Vaughan is seen using a massage gun to whip up huge amounts of hidden dirt in his car carpet before scooping it up with a vacuum cleaner.

Lanie, who is studying to become a licensed cosmetologist, told Zenger News that the video was her boyfriend’s brainwave after he had seen someone else carrying out the ‘life hack’ before.

While cleaning William’s car over the weekend, the couple decided to give the cleaning method a try and record the “satisfying” results.

Lanie said they used a Vybe Pro massage gun that William had ordered from Amazon a while ago.

She explained: “The video and idea came from my boyfriend who had seen it before and wanted to try it while we were deep cleaning his car this past weekend.

“He asked me to record it because we thought it was a cool and satisfying video to watch. Then we thought ‘we may as well post it on TikTok too’ not thinking that it would get as much attention as it did.

“A lot of people were amazed by the video and how much dirt came out of the carpet using the machine to ‘shake’ the dirt out. I got a lot of positive feedback and comments and overall a great outcome from the public!”

She added: “The car was cleaner than when we started!”

Lanie told Zenger News: “We really didn’t expect the video to get as much attention as it did so it was really cool to see everyone comment and watch the numbers grow during the week.

“Thank you to everyone who liked our video. We’re willing to find more things to post about that people are interested in!”

The couple filmed the video at their home in Houston, the most populous city in Texas and famously home to NASA’s Johnson Space Center, home to the Mission Control Center.

Houston has the second-most Fortune 500 headquarters of any US municipality within its city limits (after New York City) and has become a global city, with strengths in culture, medicine, and research.