The defending troops found a Russian T-64 tank with a ‘Z’ marked on the top hiding in the woods.
By Lee Bullen April 22, 2022
Facebook
Twitter
Linkedin
Email 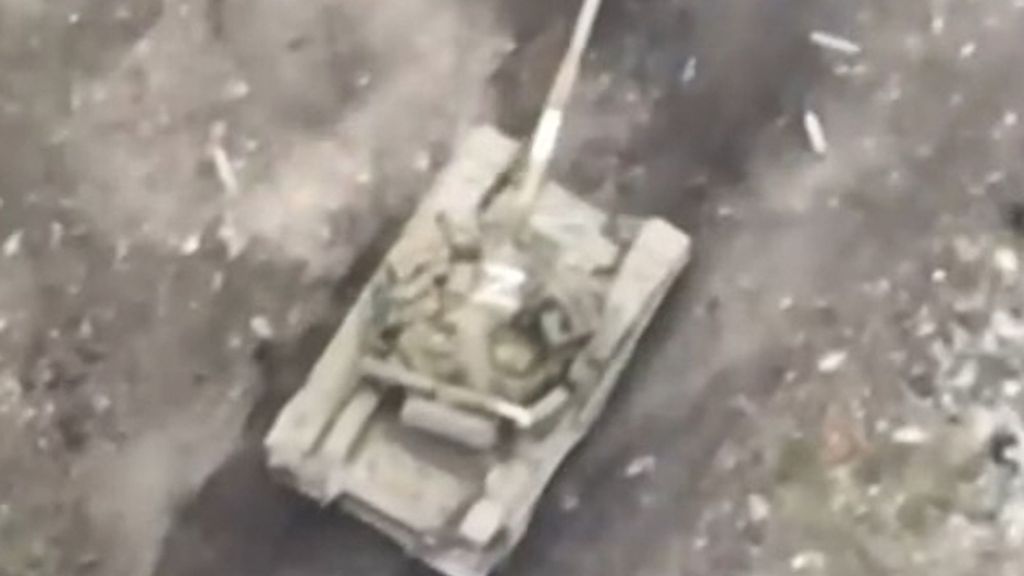 Soldiers of the Prince Ostroh Brigade destroyed a Russian tank in the woods, in April, 2022, in Ukraine. (@30brigade/Zenger)

This is the moment Ukrainian troops reportedly destroy a Russian tank hiding in the woods.

The Ukrainian Ground Forces’ 30th Mechanized Brigade, named after Prince Konstanty Ostrogski, said on April 20: “Another racist tank was destroyed by our soldiers.”

According to the Ukrainian military, the footage was shot by a drone after it had been used for reconnaissance operations in the area.

The defending troops found a Russian T-64 tank with a ‘Z’ marked on the top hiding in the woods after being used to fire at local targets.

The Ukrainian unit reportedly fired shells at the armored vehicle’s position and destroyed it when it caught fire and set off ammunition inside the tank.

The Ukrainian military said that the 30th Mechanized Brigade had recently attacked a Russian convoy of trucks delivering supplies to invading troops.

After the Russian convoy was destroyed in the attack, the Ukrainian brigade said ammunition detonated inside the burning vehicles.

Russia invaded Ukraine on February 24 in what the Kremlin called a “special military operation”. Today marks the 57th day of the invasion.

From February 24 to April 21, the total combat losses of Russian troops stand at 21,000 personnel, according to the General Staff of the Armed Forces of Ukraine.

Meanwhile, Antonio Guterres, the secretary-general of the UN, has called for a four-day pause in fighting in Ukraine to mark Orthodox Holy Week and allow for the delivery of humanitarian aid and civilian evacuations.