The distressed cub was found with his sister in a garden shed after wedging his head through the middle hole of a rusty old tire.
By Anamarija Brnjarchevska April 22, 2022
Facebook
Twitter
Linkedin
Email 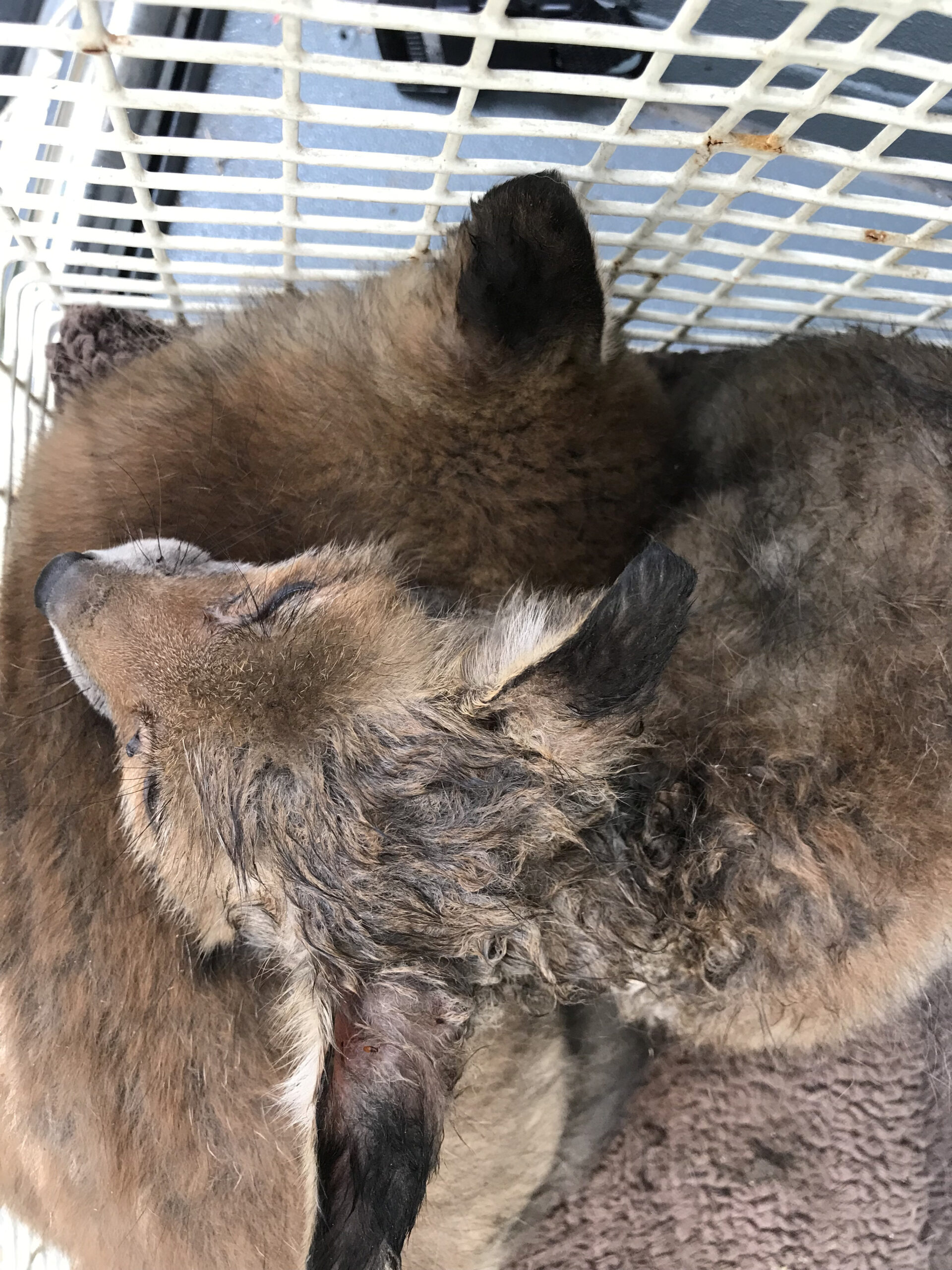 An abandoned fox cub who got his head jammed in a wheel for several days has been rescued by RSPCA officers using soap to slip him free. (Matthew Newby/Zenger)

An abandoned fox cub that got its head jammed in a wheel for several days has been rescued by animal welfare officers using soap to slip him free.

The distressed cub was found with his sister in a garden shed after wedging his head through the middle hole of a rusty old tire.

Liquid soap was used to free the little rascal’s head after the RSPCA (Royal Society for the Prevention of Cruelty to Animals) was called to the property in Orpington, Kent, in the United Kingdom, earlier this week.

Both cubs were born in the shed, but their mother had not been seen by the homeowners for some time and they feared the worst.

RSPCA Animal Rescue Officer Rodney Kenny said: “This little chap had put his head through the middle hole of the wheel, but to his dismay, then found he couldn’t get it back out again.

“I knew that there was no time to spare. It is likely he had been trapped for several days without food or water, so the little fox needed to be freed as soon as possible.

“Young foxes are incredibly curious and we quite often get called out to deal with ones that have got themselves in a pickle.”

The homeowners had managed to carry the distressed animal outside, so getting him unstuck was not too tricky.

Mr. Kenny said: “Luckily, the householder had been able to safely move the wheel – with the young fox still stuck in it – out into the open.

“With more space to work in and using liquid soap I was able to gently ease the animal’s head back out of the wheel quite quickly and he appeared to be in good condition, despite his ordeal.”

After coming unstuck, the cub, which had likely been trapped for several days without food or water, was taken to the South Essex Wildlife Hospital.

His sister was also rescued and taken to the wildlife center as they were both still too young to survive on their own.

Mr. Kenny said: “The residents told me that the fox siblings had been born in the shed, but when the mother wasn’t seen for several days, it was clear that she had either abandoned them or, possibly, something awful had happened to her.

“Because the little brother and sister were still too young to fend for themselves, I put them both in a carrier where they snuggled together for comfort and took them to a specialist wildlife centre.

“My thanks go to the househZenger News who contacted us about the little fox’s plight and to South Essex Wildlife Hospital, where the two young siblings will be rehabilitated until they are able to be released to live in the wild independently.”