Slave Trade: Trial Underway In Argentina For Massacre Of 200 Indigenous Workers In 1924

The Napalpi Massacre took place on July 19, 1924, in the municipality of Napalpi.
By Lee Bullen April 22, 2022
Facebook
Twitter
Linkedin
Email 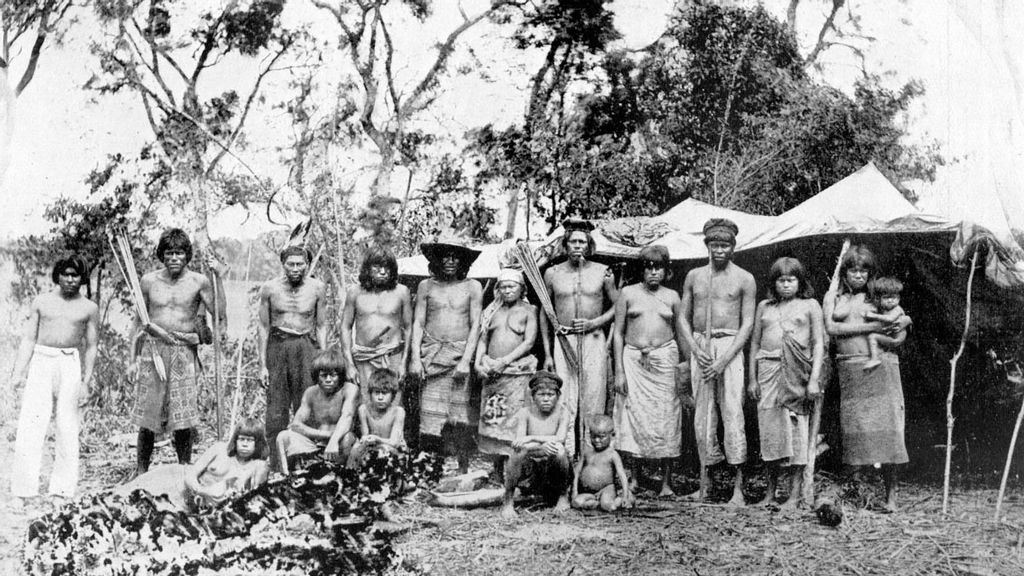 A tribe of Tobas, in front of their awnings, near the Pilcomayo River, photographed in 1892, in Argentina. (Zenger)

A landmark trial into the massacre of around 200 indigenous workers protesting plantation living conditions is underway in Argentina nearly 100 years after the atrocity took place.

The Napalpi Massacre took place on July 19, 1924, in the municipality of Napalpi in the northern Argentine province of Chaco and the first trial into the atrocity started on April 19, nearly 98 years later.

In a statement obtained by Zenger News, the Argentine government said on April 18: “This is a historic milestone: it is the first trial in the country for an indigenous massacre. The massacre of members of the Qom [also known as Toba] and Moqoit [also known as Mocovi] peoples in 1924 in the province of Chaco, declared a crime against humanity by the judiciary, will be reviewed. The Human Rights Secretariat has provided an investigation as evidence.

“The oral and public trial for the Napalpi Massacre, the massacre of over 200 members of the Qom and Moqoit indigenous peoples perpetrated by police, gendarmes and settlers in 1924 in the province of Chaco, will begin on April 19 in the city of Resistencia.”

The government said it will be “a trial for truth that will not have defendants as they are deceased”, but will include testimonies from the descendants of survivors and officials from the Ministry of Justice and Human Rights.

The Argentine authorities stated: “The Secretary of Human Rights, Horacio Pietragalla Corti, will travel to the city of Resistencia to participate in the first hearing and accompany the communities of the Qom and Moqoit peoples in the search for truth and justice in the first trial in Argentine history that will investigate a massacre of indigenous peoples.

“The hearings will be held twice a week at the House of Cultures, and on May 10 and 12, the court will travel to the city of Buenos Aires to hold two hearings at the Haroldo Conti Cultural Centre of Memory, in the Space for Memory and Human Rights, formerly ESMA, (Av. Libertador 8151, CABA), where investigators who dealt with the case will testify.

“All hearings will allow the presence of the public and will be broadcast on the YouTube channel of Federal Court No. 1 of Resistance to guarantee free access.

“For almost 100 years these crimes committed by the State remained hidden and silenced. But thanks to the struggle of the survivors of the massacre and their relatives, and the profound exercise of memory sustained over time by the Qom and Moqoit peoples, the massacre was declared a crime against humanity in 2019 by the federal justice system.

“In November 2021, from the National Directorate of National Legal Affairs in the Matter of Human Rights of the Secretariat, an in-depth historical investigation into the facts and motives that led to the massacre almost a century ago was provided as evidence to the case.”

The government said: “The report analysed official documents, bibliography and testimonies of survivors and relatives to reconstruct the facts and the historical context in which the massacre took place.

“It also describes the denial and cover-up of the massacre by the authorities, who silenced the events for decades, and how it recently came to light again through survivors and their sons and daughters, who protected the memory of these events and managed to bring it to justice.

“In July 2021, on the 97th anniversary of the events, the Human Rights Secretariat, together with the Chaco government and members of the Qom and Moqoit communities, designated the place where the massacre was committed as a Napalpi Memorial Historic Site, in an event attended by the secretary Horacio Pietragalla Corti and Governor Jorge Capitanich.

“The Napalpi Massacre was committed on July 19, 1924, when over 100 policemen, gendarmes and settlers shot members of the Qom and Moqoit communities who were protesting for better living and working conditions in the reduction (territorial sector where communities were concentrated to be used as labor in the fields under conditions of slavery). That day over 200 people, girls, boys, women, men, old men and women, were murdered, mutilated and buried in mass graves.”

The statement added: “The repression continued for months with the persecution of those who had survived the massacre.”