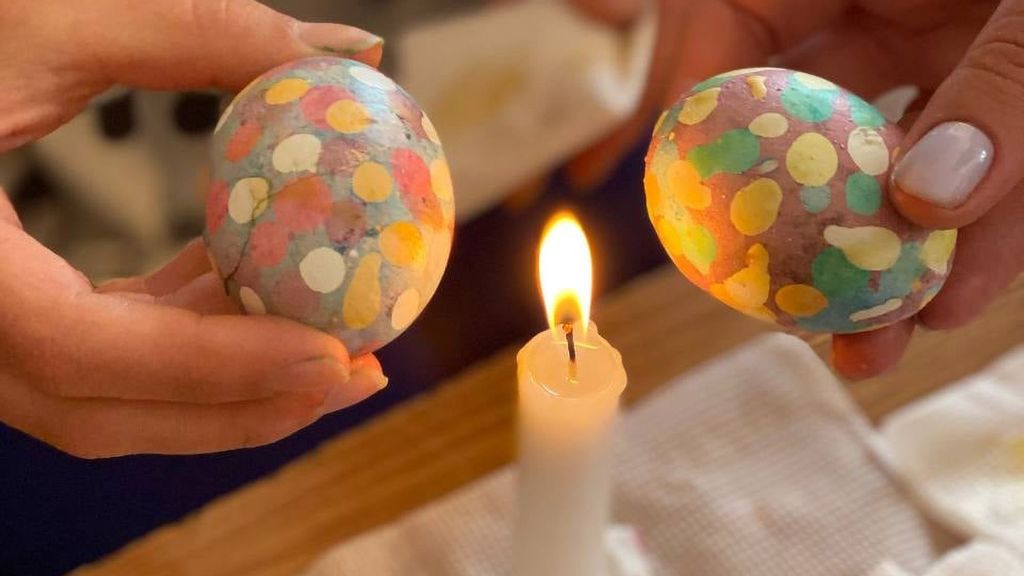 This is the moment Ukrainian cops help schoolkids prepare Easter goodies as the UN calls for a ceasefire to celebrate Orthodox Holy Week in the region.

The National Police of Ukraine said on April 21 that officers from the district of Stryi in the western Ukrainian region of Lviv Oblast visited a local boarding school to help the young students paint ‘pisanka’ eggs for Orthodox Easter, with Good Friday celebrated on April 22 and Easter Sunday taking place on the April 24.

The police said in a statement: “Law enforcement officers and teachers told children about the customs and traditions of Easter, about the symbolism and beauty of pisanka writing, and the importance of using them as ornaments. The children enjoyed painting colorful patterns and making ‘name’ letters.”

Stryi District Police Department spokesperson Olga Marcinuk said: “We wanted to support the little Ukrainians, who, due to the ongoing combat, were forced to leave their home, friends, school, and distract them from difficult memories, to create a pre-holiday mood.

“After all, Easter is coming, which symbolizes the victory of life over death and good over evil.

“A feeling of security is what our children need most during the war. And the most important reward for us is to see how their hearts are filled with hope and faith in things getting better.”

Meanwhile, Antonio Guterres, the Secretary-General of the United Nations (UN), has called for a four-day pause in fighting in Ukraine to mark Orthodox Holy Week, to allow for the delivery of humanitarian aid and to evacuate civilians.

Although Easter took place last weekend for many, the Orthodox Easter comes from following the Julian calendar, which differs from the Gregorian calendar used by most western countries and other Christian denominations.

It means that the Orthodox Easter often occurs at a later date, near the time of the March equinox or as is the case this year, on the coming weekend, on Sunday, April 24.