Bibi Asiyeh, 18, has reportedly been kept in a cage for years by her father in Kandahar.
By Ipek allahyari April 21, 2022
Facebook
Twitter
Linkedin
Email 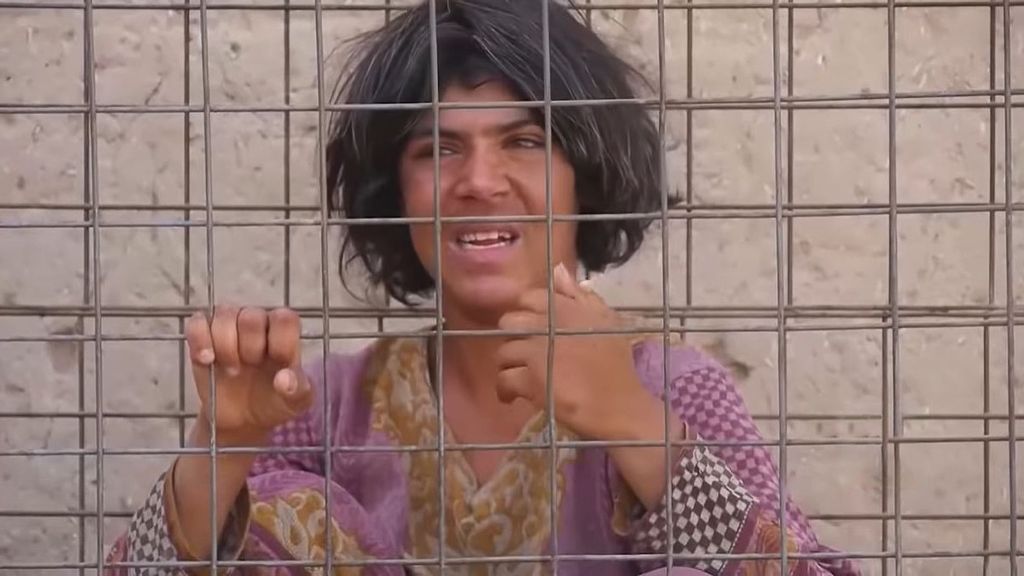 Girl being held in a cage due to a neurological disease by her family in Kandahar, Afghanistan. (Zenger).

A teenage girl that has spent much of her life in a cage in what is now Taliban-controlled Afghanistan because her parents cannot afford to treat her mental problems, and also cannot leave her alone, is to finally be freed to get help abroad.

Bibi Asiyeh, 18, has reportedly been kept in a cage for years by her father in Kandahar because she suffers from an unspecified mental health condition.

Health officials in the Afghan province of Kandahar are reportedly not able to treat her and they could do little more than provide the family with food tokens, but now the teenager is to be sent to India by the World Health Organization for treatment.

Her father, Jan Agha, whose age was not given, revealed she has reportedly been suffering from the condition since the age of three and has spent about half of her life living in the cage.

Her dad said that she developed the “mental and neurological illness” when young and that it “still haunts her”, adding that he did not have enough money to get his daughter treatment.

He also said that he was afraid that her condition would endanger her if she was allowed to move around freely. He said: “Because of this problem, we put her in a cage and chained her legs.”

“Doctors here could not help her. If we take her to Karachi (in Pakistan) or India, she will get better, but we were not able to take her there because we could not afford the expenses.”

There were reported improvements to the Afghan healthcare system in the years leading up to the fall of the Republic, although it is unclear what was done for the girl before the Taliban took control.

But what is known now is that doctors in Kandahar do not currently have the facilities to treat her.

Hafez Saeed, the Taliban’s director of information and culture for Kandahar province, said that the dad has been included on a list of people who receive food from donations every month.

The Public Health Department in Kandahar also confirmed that they lack the resources to treat patients with mental illness.

Jamaluddin Azami, acting head of the Kandahar Public Health Directorate, said: “Here in Kandahar, in general, we provide services for mentally ill patients who need to be hospitalized, but those patients who need advanced treatment, we simply don’t have the facilities for them.”

Medics report that war, poverty and “unwanted traditions” have led to a large increase in the number of mentally ill patients in the country.

But for the teen girl, there is now hope after the World Health Organization is reportedly set to send the 18-year-old to India for treatment and what her parents hope will be a chance for a normal life.