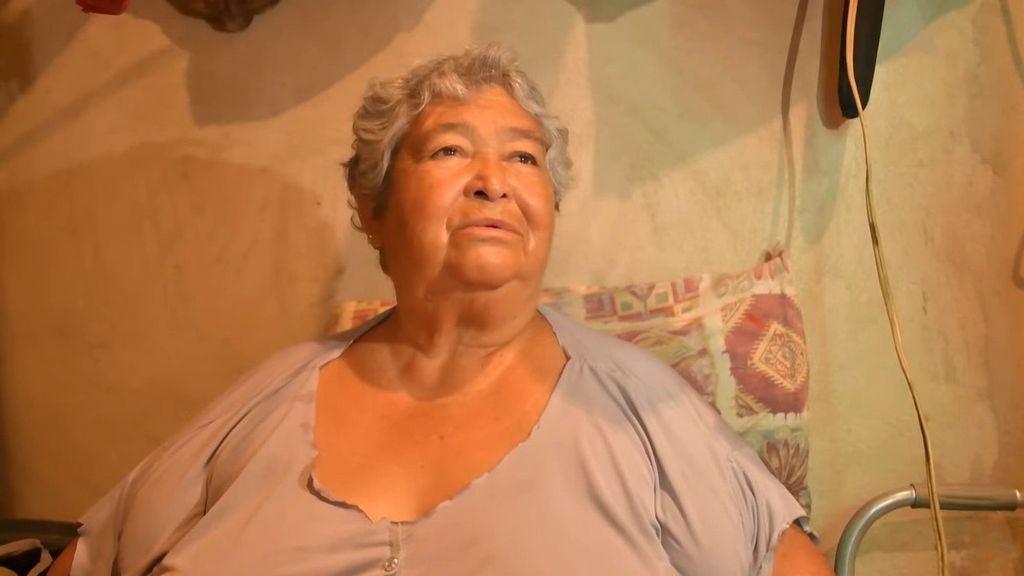 Fabiola Ines Betancourt Hinestroza (70) from Soledad who had asked for euthanasia, now says that the angels convinced her not to do it. (Zenger).

An elderly Colombian woman who asked to die because she was in pain with multiple severe illnesses and no family to support her has been flooded with offers of help after changing her mind following a visit from angels.

Fabiola Betancourt, 70, who lives in the municipality of Soledad in the Colombian department of Atlantico, wanted to take advantage of the fact that euthanasia has been made more accessible in her homeland since last year.

But she said that a recent encounter with angels convinced her to give up on her bid for euthanasia and carry on living, despite suffering from at least six diagnosed illnesses, including cardiac insufficiency, vascular insufficiency, osteoarthritis, and diabetes.

Together they prevent her from walking and leave her in constant pain.

Fabiola, who lives alone in a rented flat in the neighborhood of El Sol, told local media that her conditions have caused her body to degenerate, and it was all made worse because she has no close relatives to assist her.

She asked her health insurance company Mutual ser EPS to organize euthanasia, legal in Colombia since 2015.

In July 2021, the Constitutional Court extended the right to a dignified death to non-terminal patients who suffer intense physical or mental suffering due to bodily injuries or incurable illnesses.

Fabiola said: “Every time I go to medical appointments, I ask the health professionals to guide me to carry out this request, but nobody gives me any relevant information to undergo euthanasia, which is already legal in our country.”

However, during Easter, Fabiola said she encountered angels who convinced her to keep living.

She said: “I met some angels and those angels took me to a farm where I met God and Mary. I was born in a Catholic family, but I have not practiced my religion for many years.”

And after her decision, it was revealed that different members of various churches in the region had contacted Fabiola to offer help for her medical treatments, as well as obtaining a walker to help her move around more easily.

Victor Escobar, 60, who suffered from end-stage chronic obstructive pulmonary disease and a number of other conditions, became the first person in the country with a non-terminal illness to die by regulated euthanasia on 7th January this year.

The following day, a second Colombian citizen, a woman with Lou Gehrig’s Disease, was also euthanized.