Kyiv-Versailles: Palace Of Putin Ally Shows Life Of Luxury He Led Before Arrest

The video shows a golden stallion and fur coats inside the luxurious mansion, in the neighborhood of Pushcha-Vodytsia.
By William McGee April 21, 2022
Facebook
Twitter
Linkedin
Email 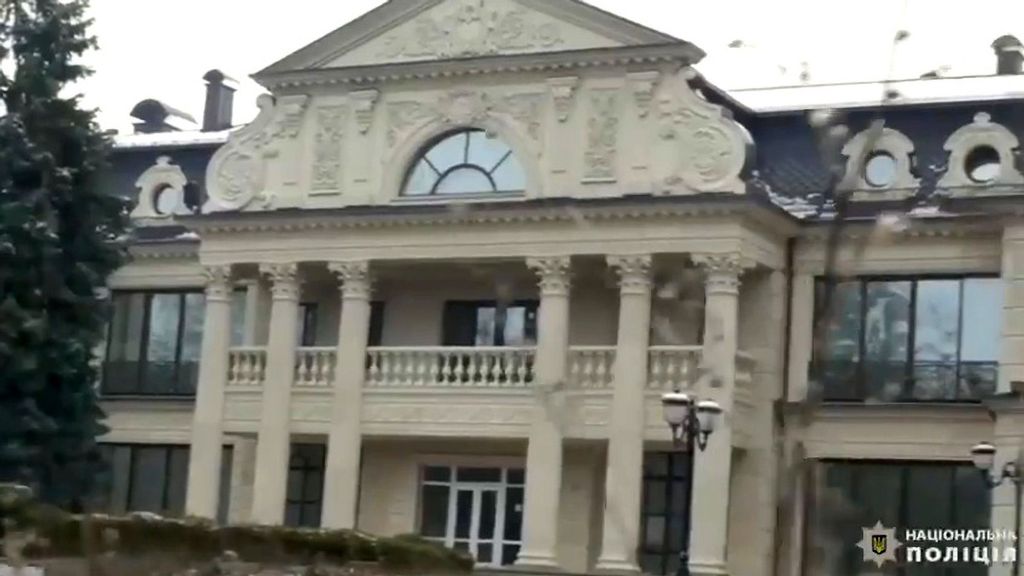 This footage shows the life of luxury pro-Russian politician Viktor Medvedchuk and his wife led before the former’s arrest by the Security Service of Ukraine last week.

Zenger News obtained the footage from the National Police of Ukraine (Politsiya) on Tuesday, April 19.

The video shows a golden stallion and fur coats inside the luxurious mansion, in the historic neighborhood of Pushcha-Vodytsia, in the northwestern part of Kyiv.

The Politsiya titled the video: “Measures to seize assets continue, the ultimate beneficiary of which is Viktor Medvedchuk’s wife”.

The Politsiya continued: “This was reported in the Department of Strategic Investigations of the National Police of Ukraine.

“Investigators of the Main Investigation Department, with the operational support of the Strategic Investigations Department of the National Police, are conducting a pre-trial investigation into the illegal actions of officials of the company, the ultimate beneficiary of which is the wife of MP Viktor Medvedchuk.

“On April 18, police conducted authorized searches in Kyiv and Kyiv Oblast. About 100 paintings, antiques belonging to the family of the detained MP, as well as a hunting rifle, a BUL pistol, 20 Swiss watches, gold and silver coins, gold statuettes and Fabergé eggs were found.

“The amount of the discovered property is being established.

“The Office of the Attorney General is already preparing motions for arrest.

“In the future, the seized assets will be transferred to the ARMA [Agency for Investigation and Management of Assets]. The proceeds from the sale of the seized assets can be used for the needs of the Armed Forces and the reconstruction of the infrastructure destroyed by the enemy.

The Prosecutor General of Ukraine on May 11 last year accused Medvedchuk of treason and attempted looting of national resources in annexed Crimea.

He was removed from the post of co-chairman of Opposition Platform – For Life, which last commanded 34 out of 450 seats in the Verkhovna Rada, the unicameral parliament of Ukraine, on March 8.

He was arrested by the Security Service of Ukraine (SBU) on April 12.