Buster said: “I don’t usually have good luck, so I thought it was a mistake and there was going to be an error. 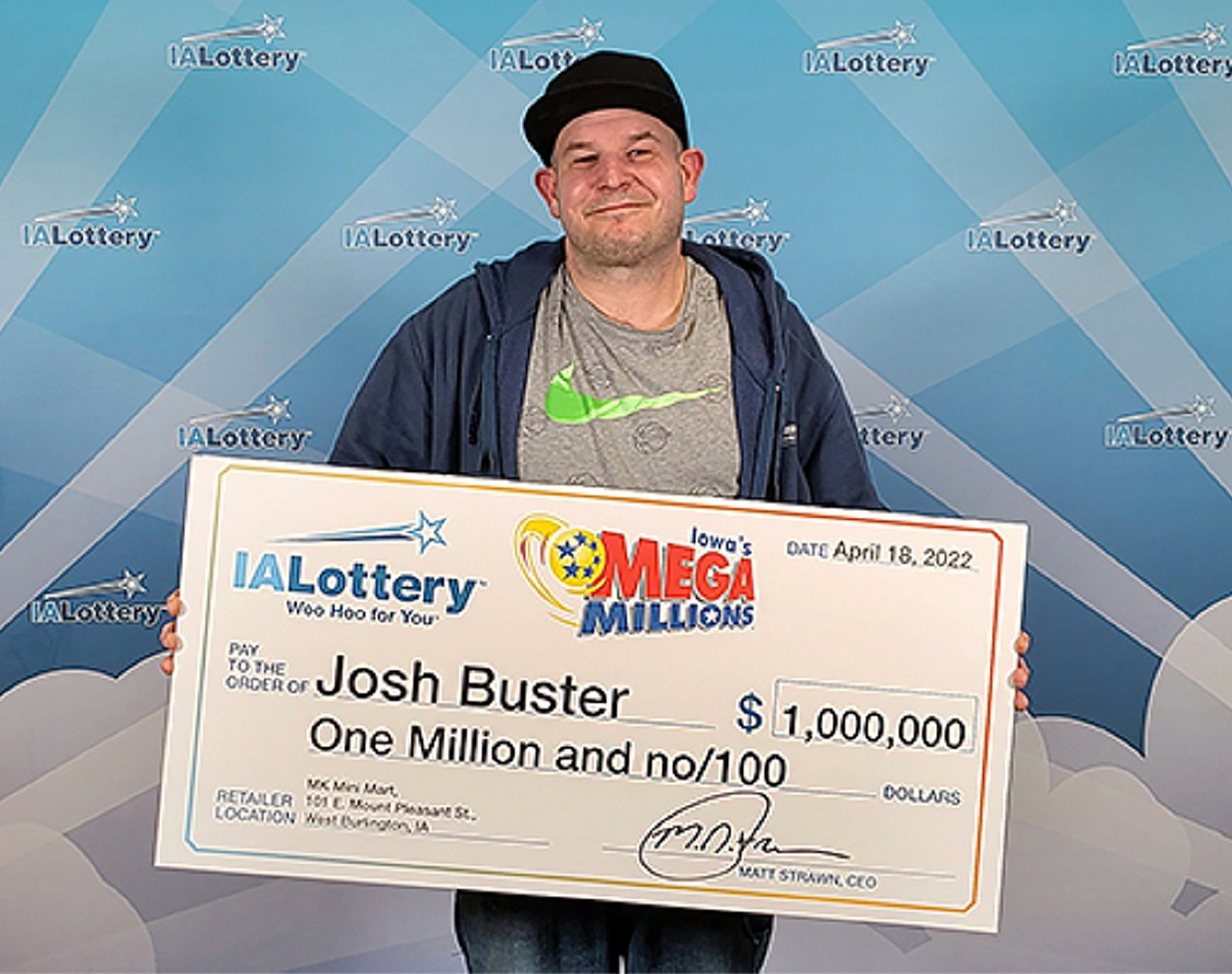 An Iowa man has won 1 million dollars after the store clerk accidentally gave him one play instead of five – and then printed the other four out on a separate ticket that he believes is what gave him different numbers and a lucky break.

Zenger News obtained a statement from the Iowa Lottery saying: “Josh Buster of West Burlington said that when he asked for five easy-pick plays for Friday night’s Mega Millions drawing, the clerk at his local convenience store initially printed just one play from the lottery terminal.

The clerk then asked Buster if he could print four more plays for him on a separate ticket.”

Buster, 40, said: “I feel like that changed the numbers that I would have gotten if he had put them all on one instead of making that mistake.”

Buster works as a “prep chef at a Burlington restaurant” and he “claimed his 1-million-dollar prize on Monday at Iowa Lottery headquarters in Clive. He said he realized early Saturday that he had won big.”

Buster said: “I got up to go to work early in the morning. I opened up the lottery app and scanned my tickets.

“I always keep my tickets in the console of my car. And I scanned it in the car and freaked out and ran back inside.”

The Iowa Lottery said that “at first, he had trouble believing what he was seeing”.

Buster said: “I don’t usually have good luck, so I thought it was a mistake and there was going to be an error.

“So I Googled the lottery numbers to make sure I had the right ones, and I did! And then the rest of the day, I’m just waiting to wake up from a dream.”

They added that “his winning play came within one number of having a share of Friday’s 20 million dollar jackpot, matching the first five numbers but missing the Mega Ball.”

The Iowa Lottery said that Buster said he “likely will use some of his winnings to pay off his car and the mortgage on his mother’s house, then will put the rest away for retirement.”

Buster said: “It will take away a lot of my stress in my life – no more of the financial worries.”

Buster said he never really expected to win big, but added “I always wanted to!”, saying: “I never thought I would, though. But I kept playing.”

Buster’s big win comes after Maryland couple Paul and Teresa Hartsoe, 62 and 60, from the town of Conowingo in Cecil County, discovered that they had scooped 1 million dollars on the lottery after receiving a Facebook alert that someone from the store they used had won the jackpot.

In a statement obtained by Zenger News, the Maryland Lottery said on April 15 that Teresa “became curious when a Maryland Lottery Facebook alert came across her phone. The alert said someone purchased a 1 million dollar Mega Millions ticket at the same Royal Farms store where Paul bought his tickets. Teresa called him at work to share the news.”

And last month, Maryland elementary school teacher Robyn Mejia, 39, from Thurmont in Frederick County, won 50,000 dollars when her thoughtful husband bought her a scratch card to “lift her spirits” after a “rough week”.