With their weapons systems at the ready, the K-2 Group reportedly bombed the building and sent the Russian troops fleeing.
By Lee Bullen April 21, 2022
Facebook
Twitter
Linkedin
Email 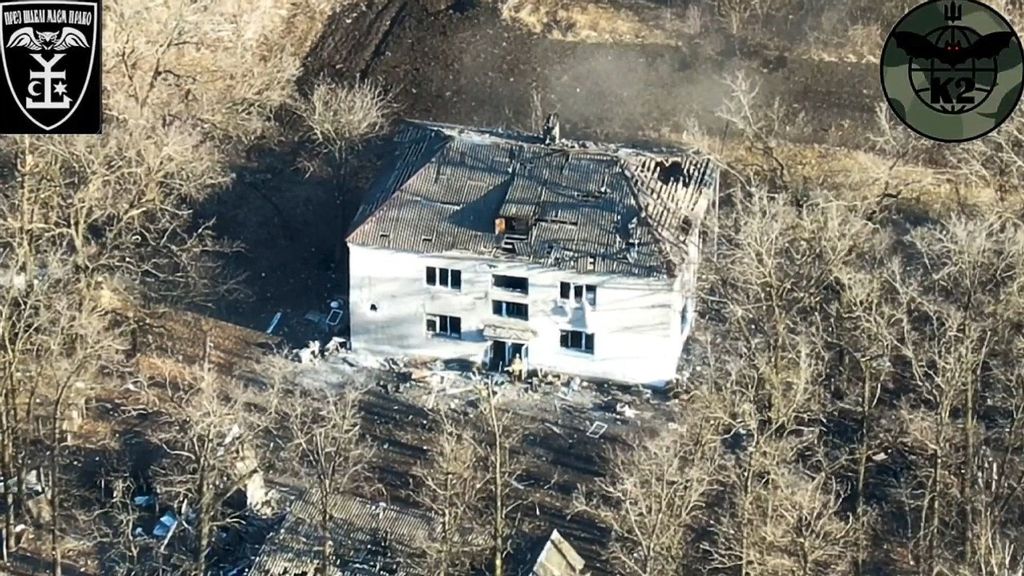 Russian Soldiers run for their lifes after being attacked by the Unit of the 54 OMBr.  (Battle group K-2 54 OMBr/Zenger)

This is the moment Ukrainian soldiers bomb a village building overtaken by Russian invaders and send troops fleeing before capturing at least one prisoner.

The Battle Group K-2 of the 54th Mechanized Brigade, part of the Ukrainian Ground Forces, was carrying out air reconnaissance in the area when they spotted a Russian unit occupying a building in a Ukrainian village.

With their weapons systems at the ready, the K-2 Group reportedly bombed the building and sent the Russian troops fleeing.

During their escape, at least one Russian soldier was reportedly captured by members of the K-2 Group.

The Battle Group said on April 19: “Do not sit still and let traitors ruin your country in peace and quiet. One day in early spring, they decided to seize one or two buildings in a Ukrainian village.

“Noticing the orcs capturing the house, their weapons were brought into action.”

The brigade also said that they sent enemy soldiers fleeing and took at least one prisoner, adding: “Another unit of the glorious 54th Mechanized Brigade helped us in our mission! Glory to Ukraine!”

In the footage, Russian soldiers are seen entering the building before a bomb suddenly rips the roof apart.

Several soldiers are seen abandoning the bombed building and running over train tracks to a wooded area before at least one is injured and is apparently captured by the Ukrainian unit.

Russia invaded their neighbors Ukraine on February 24 in what the Kremlin called a “special military operation”.

Today marks the 56th day of the invasion. From February 24 to April 19, the total combat losses of Russian troops stand at 20,800 personnel, according to the General Staff of the Armed Forces of Ukraine.

Russia has issued another ultimatum to troops holed up in the Azovstal steelworks plant in Mariupol that expires today (Wednesday) at 12 pm GMT.