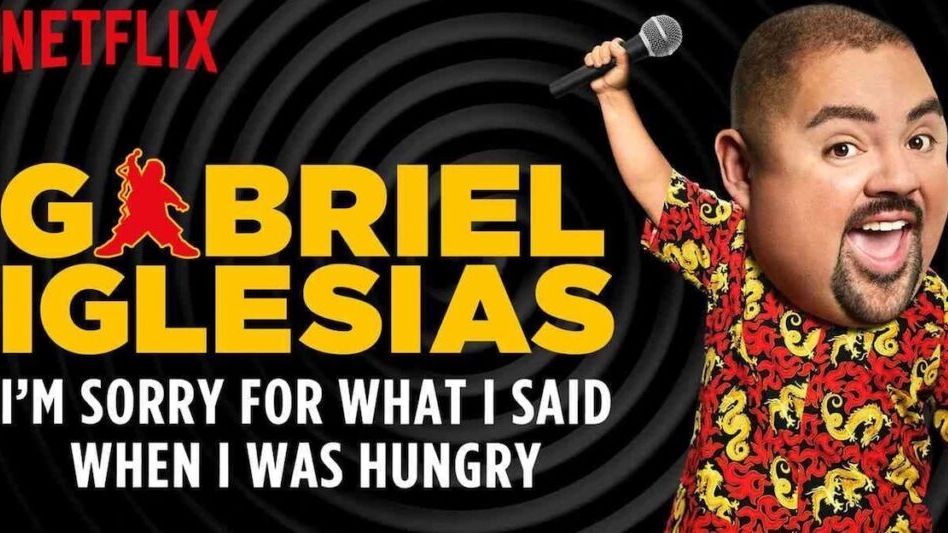 Imagine this “muchacho” echoed masa wearing short pants and a gaudy Hawaiian shirt, topped off with a small cap. Now imagine this big lovable hunk of Latino performing in packed stadiums before thousands of adoring loyal fans who enjoy his “clean” humor and endless character voices that rival the legendary Mel Blanc.

Meet Gabriel “Fluffy” Iglesias, the chuckling, cherubic comedian whose star is rising higher and faster than a NASA rocket.

Iglesias recently became the first comedian in history to sell out Dodger Stadium for a May stand-up comedy concert that will be turned into a Netflix special. His other two Netflix specials are currently on the streamer.

But this should come as no surprise. Iglesias has been selling out concert venues of all sizes for years.

Iglesias was born in San Diego but grew up in Long Beach.

“My comedy heroes and influencers were Eddie Murphy, Robin Williams, Paul Rodriguez and Billy Crystal,” says Iglesias. He told his first joke when he was 10 in a school talent show.

Iglesias said everything changed for him in 1997 at a comedy club. “I wasn’t supposed to go up on stage. They had a show, and the emcee did not show up,” he recalls. “A friend of mine was friends with the promoter. My buddy reminded me I always wanted to do stand-up and convinced me to emcee the show.”

That impromptu gig resulted in Iglesias getting booked to do stand-up in other comedy clubs. And the rest, as they say, is comedy history.

While Fluffy’s comedy routine has its roots in his Hispanic heritage and background, it has proven to have universal crossover appeal to a wider audience. As a result, Iglesias is now one of America’s most successful stand-up comedians, performing at sold-out concerts around the world. He is also one of the most-watched comedians on YouTube with almost 1 billion views and has over 25 million fans across social media.

The Sweet Smell of Success

Iglesias has more irons in the fire. His TV series, “Mr. Iglesias” (2019-2020), is still streaming on Netflix and remains hip and funny. His two comedy specials, “Gabriel Iglesias: I’m Sorry for What I Said When I Was Hungry” and “Gabriel “Fluffy” Iglesias: One Show Fits All,” remain popular on the streamer. A third comedy special titled “A Comedy Event” scheduled to be taped in San Antonio will also stream on Netflix.

His projects in development include:

“I, Chihuahua”: This Netflix animated feature film, which will be directed by Jorge Gutiérrez (“Maya and the Three,” “The Book of Life”), will star Iglesias as Chacho, a masked luchador Chihuahua who becomes Luchcho when he puts on the Lucha Libre mask. Chacho goes on a hilarious, action-packed adventure fighting for family and home. “I, Chihuahua” is writer and director Gutiérrez’s affectionate Valentine to the popular Mexican sport of wrestling.

“Hungry”: Iglesias joins the NBC comedy pilot and is set as a regular cast member. James Burrows (“Friends,” “Will & Grace“) will direct NBC’s multi-camera comedy pilot which will be executive produced by Demi Lovato (“Camp Rock”). “Hungry” is about a group of friends who belong to a food-issues support group. They help each other find love, success, and the perfect snack in the fridge.

What’s left for Fluffy to do?

He has already appeared in several movies, lent his talented voice to many animated features and is the king of large stadium comedy concerts. He could host the Oscars, but he would have to find a tux with short pants. Surely seeing a floating Fluffy balloon character in the Macy’s Thanksgiving Day Parade can’t be too far behind.

Forbes ranks Iglesias as one of the top 10 highest-earning comedians of all time. He has proven himself a skillful businessman and entrepreneur with several highly profitable online stores selling a huge variety of merchandise.

Gabriel “Fluffy” Iglesias has turned that one joke he told as a kid into a multimillion-dollar entertainment empire. “Fluffy” is no longer just a nickname, it’s a global brand name. But his main product is still laughter and we, his worldwide audience, are the richer for it.

Produced in association with Latin Heat.