In the footage, the Russian ‘Z’ tank is seen stationary on a street in a bombed-out Ukrainian town.
By Lee Bullen April 21, 2022
Facebook
Twitter
Linkedin
Email 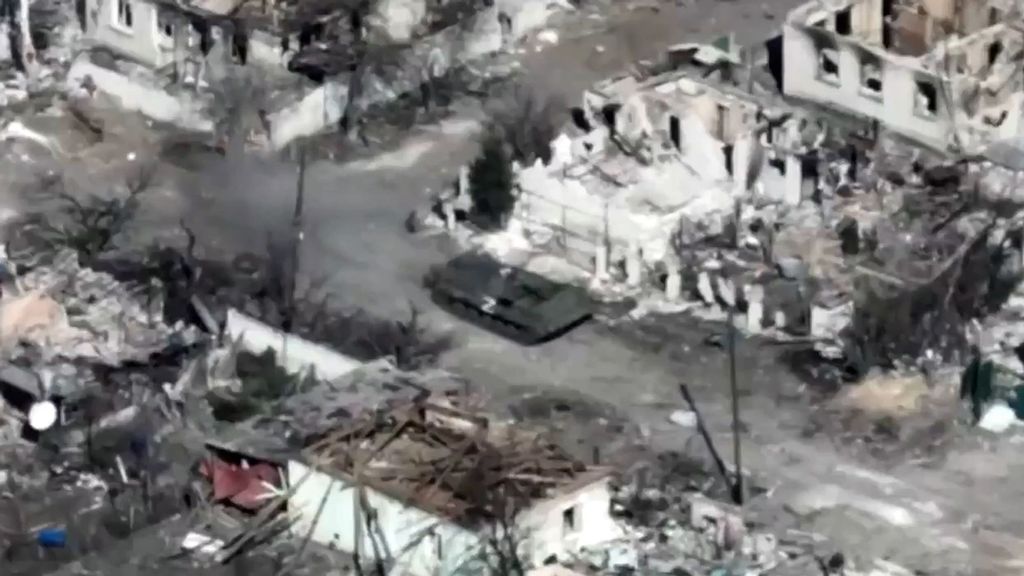 This is the moment Ukrainian troops blow up a Russian ‘Z’ tank with a rocket-propelled grenade in a heavily-shelled town.

The 4th Rapid Reaction Brigade of the National Guard of Ukraine said on April 20: “Demilitarization of the occupier in the conditions of a close city battle. Soldiers of our brigade lined up the enemy’s BMP (infantry fighting vehicle) with a shot from the RPG (rocket-propelled grenade).”

In the footage, the Russian ‘Z’ tank is seen stationary on a street in a bombed-out Ukrainian town.

The scene cuts and the fighting vehicle is seen in flames after apparently taking a direct hit from the rocket-propelled grenade.

It is currently unclear where exactly in Ukraine the images were filmed, but fighting is intensifying in eastern Ukraine, according to Ukrainian officials.

The 4th Rapid Reaction Brigade is said to have been involved in fighting off an attempt by Russian paratroopers to take the Antonov Airport, located on the outskirts of the Ukrainian capital Kyiv in Hostomel, on February 24, the first day of the invasion.

Russia invaded their neighbors Ukraine on February 24 in what the Kremlin has called a “special military operation” in the sovereign European country.

Today marks the 57th day of the Russian invasion. From February 24 to April 20, the total combat losses of troops belonging to the Russian Federation stand at 20,900 personnel, according to the General Staff of the Armed Forces of Ukraine.

Fighting between Ukrainian and Russian forces is said to be ongoing along a 300-mile frontline in the east of the country as Moscow pushes to capture the Donbas region.

Russian President Vladimir Putin is also said to have called off storming the Azovstal steelworks plant in Mariupol, instead ordering his troops to seal it.