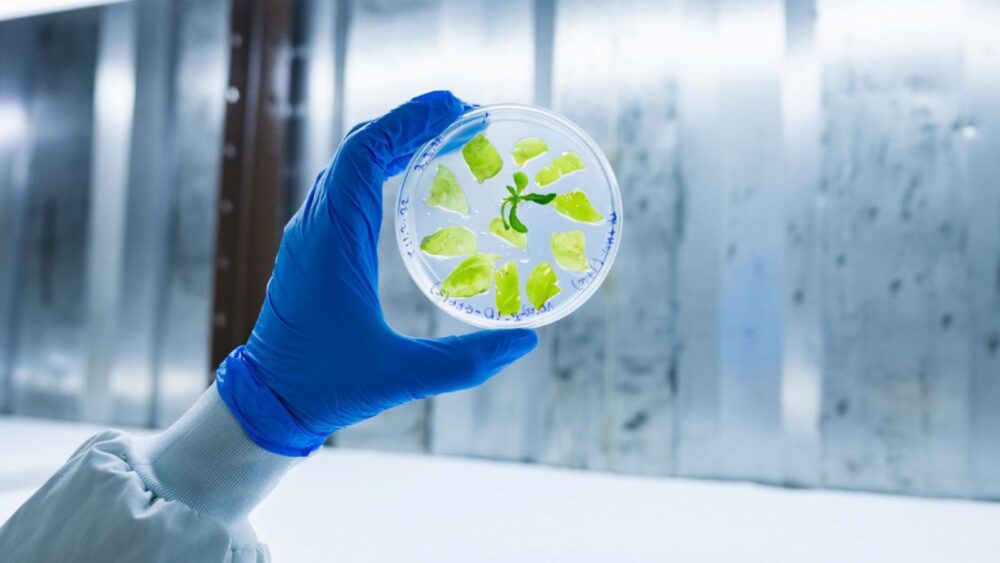 BioBetter believes its new technology could dramatically reduce the price of a lab-grown burger or steak. (Alexander Seleznyov)

The tobacco plant may be the key to jump-starting the cultivated meat industry.

“It is estimated that growth factors and cell-culture media can constitute 55 percent to 85 percent of the marginal cost in manufacturing cell-based foods,” said Dana Yarden, one of BioBetter’s cofounders.

“The tobacco plant has clear advantages as a hardy vector for the production of growth factors from a non-animal source,” said Amit Yaari, BioBetter’s CEO.

One notable advantage, he says, is that it “grows quickly, accumulates a large biomass, and can yield four harvests a year. It is also suited for the production of a large number of complex proteins.”

Yaari pointed out that tobacco “is an abundant crop that has no place in the food-and-feed chain, due to its extremely bitter taste and content of undesirable alkaloids. The tobacco plant has vast potential to become a key element in the future of food.”

Growth factors are proteins found in humans and plants, enabling cells to differentiate and proliferate. They can be manufactured by fermenting yeast or bacteria, but it’s a complex process requiring clean-room facilities. Insulin and transferring can also be used as growth factors, but they must be collected from livestock.

The startup was founded in 2015 by Prof. Oded Shoseyov, a serial entrepreneur and researcher at the Hebrew University’s Rehovot campus; Yarden, a biotech business expert; and Avi Tzur, an industrialist with a vision to put the tobacco plant to positive use. Tzur was also the first investor in the technology.

The tobacco technology is based on research conducted in Shoseyov’s laboratory at the Hebrew University of Jerusalem. Shoseyov has turned many of his ideas into commercially viable products, such as printed meals, human collagen and transgenic eucalyptus trees for the paper industry.