VIDEO: Paws Up! Oscar The Grouchy Raccoon Surrenders In Garbage Can After Cops Come Calling

The funny scene was filmed in the city of Auburn Hills and the footage was obtained by Zenger News from the police on April 18.
By Marija Stojkoska April 20, 2022
Facebook
Twitter
Linkedin
Email 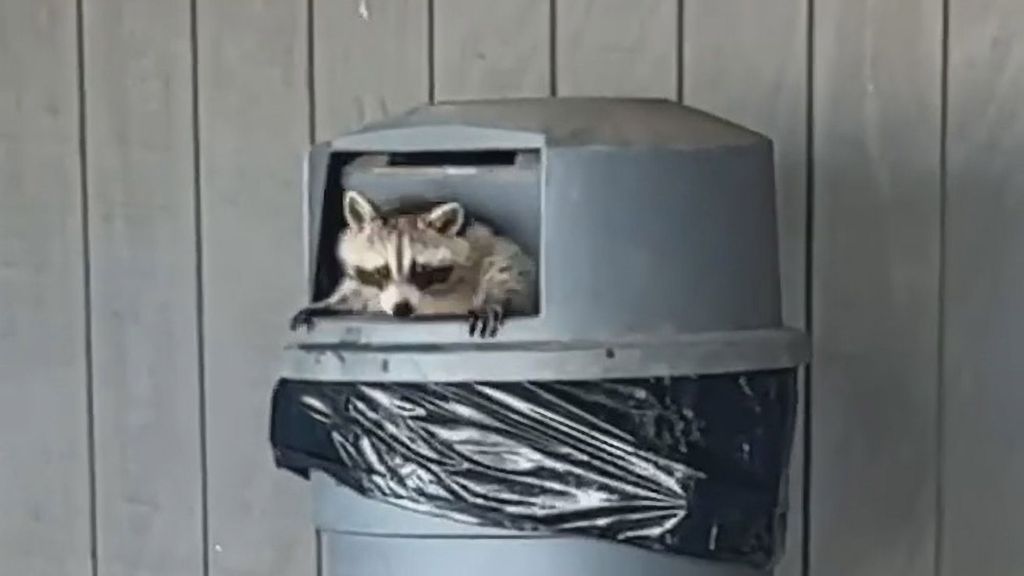 A police officer from the Auburn Hills Police Department, in Michigan, rescued a raccoon from a trash can, on 18th April. (@AuburnHillsPolice/Zenger)

This is the moment ‘Oscar the Grouchy Racoon’ sticks his head out of a trash bin and gives himself up after the cops come calling with a search warrant.

The funny scene was filmed in the city of Auburn Hills, in Oakland County, located in the US state of Michigan, over the weekend, and the footage was obtained by Zenger News from the police on April 18.

After jokingly serving the trash can intruder with a search warrant, the cops said the “bandit” gave himself up without further incident.

The Auburn Hills Police Department (AHPD) stated: “Here is actual video of a search warrant our Officers served this weekend. The bandit surrendered without incident.”

The police included the message with the hashtags ‘Search Warrant’ and ‘Trash Panda’.

In the footage, an AHPD officer is seen tentatively approaching the rubbish bin before knocking on the top three times and announcing: “Police department, search warrant.”

The cop then turns on his heels and runs away as the furry bin intruder gives up the game and surrenders with his paws in full view of the arresting officers.

With their black mask making them look like criminals, raccoons (Procyon lotor), which are native to North America, are often referred to as bandits. They have also recently started to appear in some parts of Europe and Japan.

They usually live in wooded areas with abundant vegetation where they can have easy access to water and where they can travel up to 18 miles from their den to find food.

Raccoons are omnivores and they usually feed on fresh vegetation and wildlife like, for example, birds, eggs, fish, frogs, and fruit, or in this case by raiding the trash.

When they live in urban areas, they do not go further than one mile from their den while searching for food, so their diet consists of everything they can find, which is another reason why they can be seen invading trash cans and eating human food.

They usually spend the winter sleeping in their dens, while spring, summer and autumn are when they are the most active.

They live in communities of four to five raccoons in order to better protect themselves from predators and they communicate with each other by using more than 200 different sounds.

They have good access to food and shelter since they are good climbers, and the dexterity they possess gives them the ability to open jars, doors or bottles, as well as to climb into bins to search for food scraps.