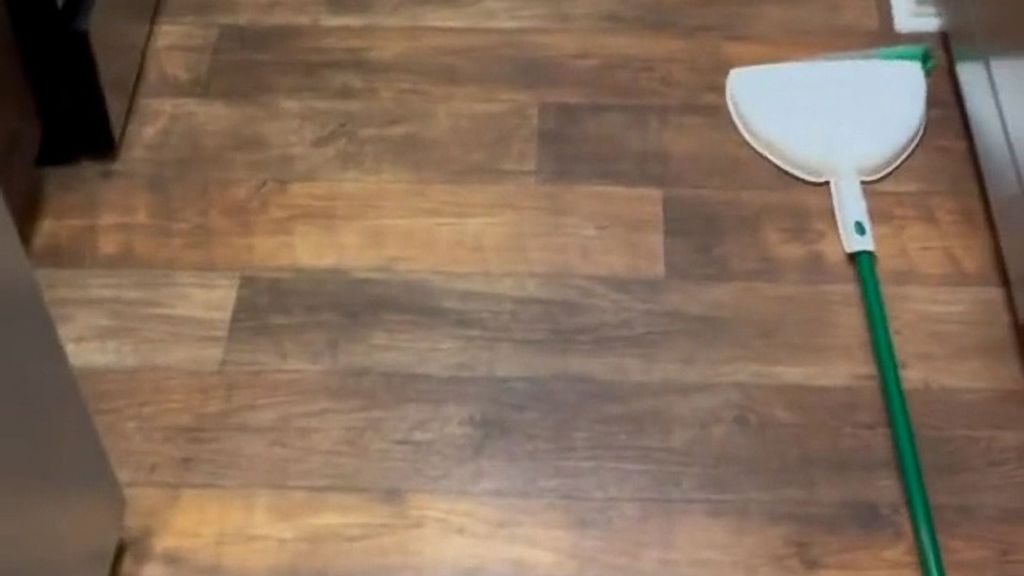 Hannah Baker, 22, and her boyfriend recorded several clips from their flat in Dallas, USA, on 7th April 2022, as proof of the loud banging coming from downstairs which was allegedly started because she dropped a broomstick which angered her neighbour. (@lilfaygooo, @perctato/Zenger).

This viral video shows a neighbor from hell incessantly banging on the ceiling after the couple in the flat above accidentally dropped a broomstick.

The clip was posted to TikTok by 22-year-old nursery school teacher Hannah Baker, who lives in Dallas, Texas, USA, on April 9. At the time of writing, it had racked up an astonishing 3.8 million views.

Hannah captioned the clip: “this all started bc i dropped my broom stick while i was sweeping. IF U DONT LIKE NOISE DONT LIVE IN AN APARTMENT” (sic).

In an exclusive interview, Hannah told Zenger News: “The video was taken on April 7 around 7:30 pm. We moved in the middle of September but didn’t hear any knocking until the beginning of March.

“My boyfriend and I got back from a week vacation on the 10th. On the 11th we went grocery shopping and when we were walking down the steps she heard us and came outside with a broomstick in her hand screaming ‘when you wanna fight let’s fight’ and when I asked her ‘what are you talking about’ she said ‘ever since y’all moved in y’all have been loud as f*ck’.

“So I asked her what it is that’s so loud and she said ‘whenever you wanna fight let’s fight’ about five times so I walked away.

“She knocks on her ceiling pretty much every day.”

In the viral clip, Hannah is seen walking around her apartment while a constant thudding noise is heard in the background and fails to subside.

She told Zenger News: “The night my boyfriend recorded that video she was non-stop hitting the ceiling for over 20 minutes.

“We called our courtesy officer that lives at the same building complex we do but went to voicemail twice so we called the actual police.

“When the police officer showed up he asked me if I had any proof of her threatening to fight me and sadly I didn’t, so he said I couldn’t press any charges.

“Also I couldn’t press charges for her hitting the ceiling since she is doing it from inside her apartment.