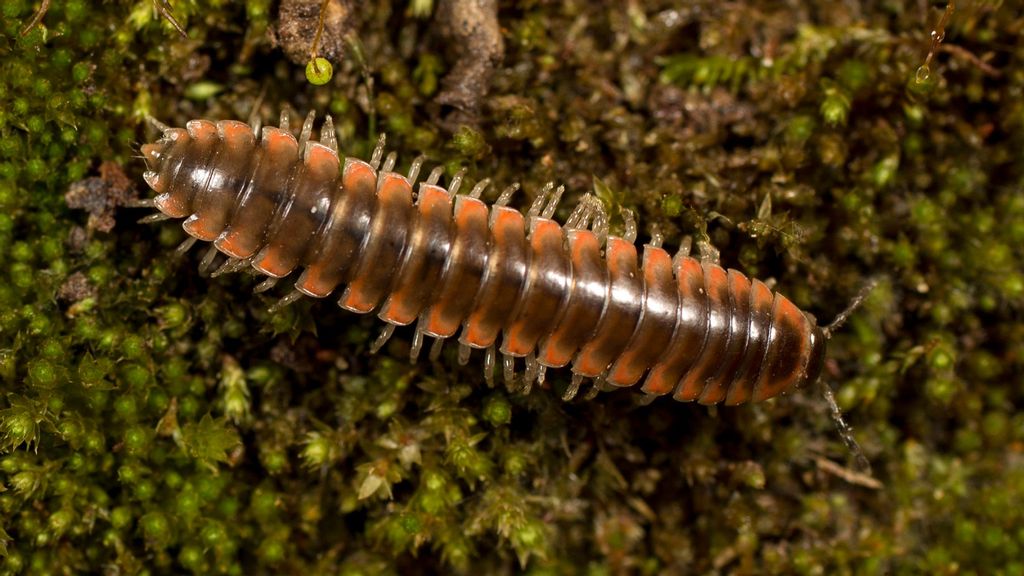 Scientists have named a new species of millipede that lives hidden in leaves on the forest floor after the popular American singer Taylor Swift.

Dr. Derek Hennen told Zenger News that these images show the “typical habitat for the millipedes”, with Nannaria swiftae species having been “named after Taylor Swift”.

Hennen said that he is a huge fan of Taylor Swift, adding: “Her music helped me get through the highs and lows of graduate school, so naming a new millipede species after her is my way of saying thanks.”

But he also revealed that another newly discovered species has been named Nannaria marianae and that it was “named after my wife”.

The researchers included Hennen, as well as Jackson Means and Paul Marek, from the Virginia Tech University, in Blacksburg, in the US state of Virginia, described the new species in research published in the academic journal ZooKeys.

The researchers said in a statement obtained by Zenger News that the American superstar singer-songwriter, “known for hits such as ‘Shake It Off’ and ‘You Belong With Me'” had “earned a new accolade”, adding that she has “a new species of millipede named in her honor.”

The scientists said that the “twisted-claw millipede Nannaria swiftae joins 16 other new species described from the Appalachian Mountains of the United States.”

They said that the invertebrates play valuable roles in the ecosystem by breaking down leaves and releasing their nutrients.

They said: “They live on the forest floor, where they feed on decaying leaves and other plant matter, and in fact, they are somewhat tricky to catch, because they tend to remain buried in the soil, sometimes staying completely beneath the surface.”

Scientists had suspected for a long time that twisted-claw millipedes might include numerous new species, but, the researchers said, “these specimens went undescribed for decades”.

The experts embarked on a project spanning years in a bid to collect new specimens in the eastern United States, traveling to 17 different states and “checking under leaf litter, rocks, and logs to find species so that they could sequence their DNA and scientifically describe them.”

They studied over 1,800 specimens, either in the field all taken from university museum collections and, as a result, they identified 17 new species.

They also found out that “millipedes prefer to live in forested habitats near streams and are often found buried under the soil, exhibiting more cryptic behaviors than relatives.”

The scientists said that “the newly-described millipedes range between 18 and 38 millimeters [0.7 and 1.4 inches] long, have shiny caramel-brown to black bodies with white, red, or orange spots, and have white legs. The males have small, twisted and flattened claws on their anterior legs, which is the basis for their common name.”