The scenes were filmed onboard a Delta Air Lines flight from Atlanta to Saint Louis, and the footage was shared on Twitter.
By Lee Bullen April 20, 2022
Facebook
Twitter
Linkedin
Email 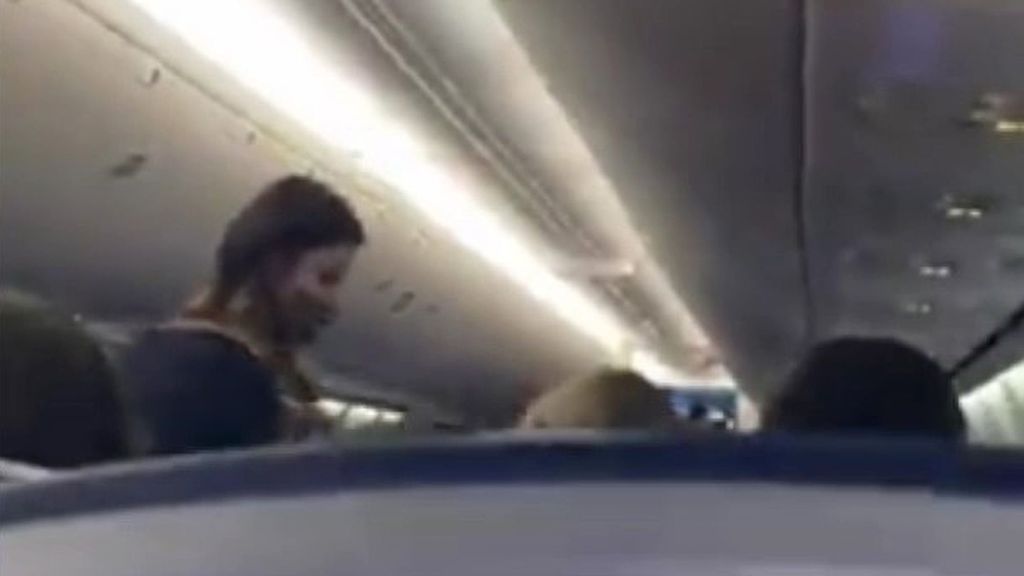 An announcement on a Delta flight from Atlanta, USA, that masks are now optional on flights, on 19th April. (@thebluevanda/Zenger)

This is the moment American plane passengers cheer as the captain informs them face masks are now optional after a Florida judge ruled that the Centers for Disease Control (CDC) had overstepped the mark by imposing face coverings.

The scenes were filmed onboard a Delta Air Lines flight from Atlanta to Saint Louis, and the footage was shared on Twitter by netizen ‘The Blue Vanda’ on April 19, where it is going viral with over 225,000 views in the first hours after it was posted.

The video shows passengers cheering as they are informed that face masks are now optional on public transport after a mandate of nearly two years.

The news followed the federal ruling by US District Judge Kathryn Kimball Mizelle in Florida, appointed by former President Donald Trump, who argued that the Centers for Disease Control (CDC) had overstepped its authority.

The judge said the CDC failed to justify the ‘unlawful’ face mask policy, apparently freeing operators to make their own decisions on the controversial face covering.

In the 59-page ruling, Mizelle said the CDC had stretched the meaning of ‘sanitation’ to incorporate face masks into law and failed to follow proper rulemaking protocols.

The dropping of the mask mandate on public transport, which was due to expire next month, is still pending a possible appeal by the US Department of Justice.

On Monday, the Transportation Security Administration (TSA) announced that they will no longer enforce the use of face coverings on public transport and several airlines have followed suit.

And on its home page, after the ruling the CDC noted: “As a result of a court order, effective immediately and as of April 18, 2022, CDC’s January 29, 2021 Order requiring masks on public transportation conveyances and at transportation hubs is no longer in effect. Therefore, CDC will not enforce the Order. CDC continues to recommend that people wear masks in indoor public transportation settings at this time.”

One happy plane passenger wrote: “I’m on Delta flight to NYC now and the plane absolutely went bonkers when Captain said NO NEED TO WEAR A MASK ON THIS FLIGHT. We are taking our country back!”