Four Uni Pals Dodge Elephants And Cope With 104-Degree Heat As They Drive 3,700 Miles Across Africa

Ivo, Jasper, Robbie, and Josh, have teamed up with charity 'For Rangers' and are raising money.
By Anamarija Brnjarchevska April 20, 2022
Facebook
Twitter
Linkedin
Email 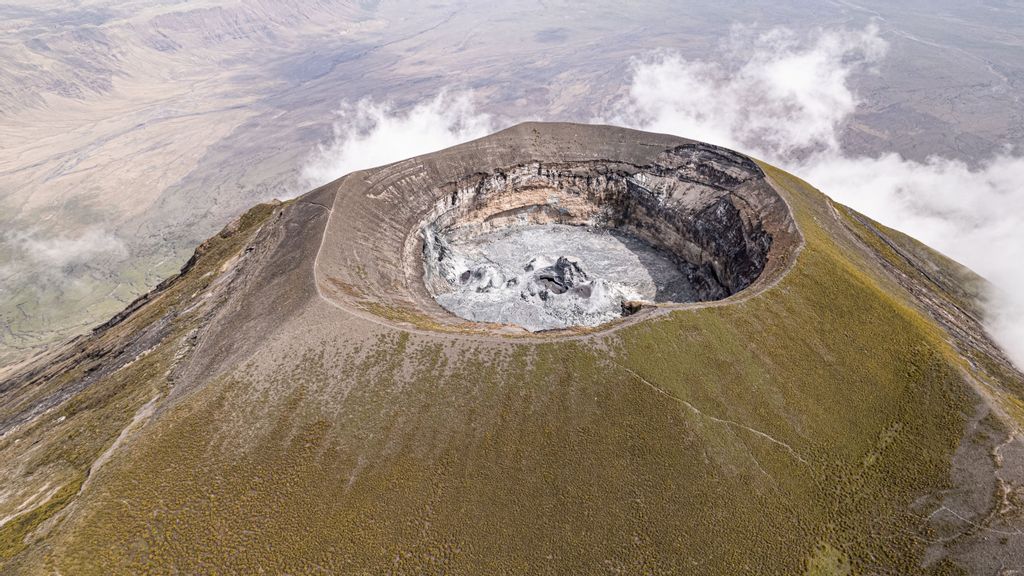 Four British uni pals have dodged elephants and coped with 40 degree heat as they drive 6,000km across Africa - in two tuk-tuks. (Tuk South/Zenger)

Four university pals have dodged elephants and coped with 104-degree heat as they drive over 3,700 miles across Africa – in two tuk-tuks.

The group of four British university friends, who call themselves Tuk South, have been traveling in their auto-rickshaws for the past five months to fundraise for wildlife rangers.

Ivo Horsey, his brother Jasper Horsey and their friends Robbie Thouless and Josh Porter set off from the equator in Nanyuki, Kenya last November.

They hope to reach the southernmost tip of Africa, Cape Agulhas, by September – and have already had their fair share of experiences.

Ivo, 25, said: “These little machines were originally designed for the high streets of Italy, not for some long-forgotten dirt track that leads to the base of Africa’s largest active volcano.

“We have pushed and pulled our way to some of the most extreme locations Sub-Saharan Africa has to offer.

Journeying across Tanzania, Malawi, Zambia, Zimbabwe, Botswana and South Africa, the friends’ choice of transport has left them deprived of air conditioning and four-wheel drive.

They wanted to purchase the “ridiculous” vehicles to travel across ill-suited terrain to raise awareness about wildlife rangers protecting Africa’s wild spaces, who have come under pressure during the pandemic.

The friends are producing a documentary as well as a series of TikTok videos, highlighting the effect of Covid lockdowns on wild spaces and communities in Sub-Saharan Africa.

Ivo, Jasper, 29, Robbie, 25, and Josh, 29, have teamed up with charity ‘For Rangers’ and are raising money through brand sponsorship and selling merchandise.

Ivo said: “Ultimately, we just really hope that we can do something, however small, to help wildlife rangers in East and Southern Africa.

“The conservation of wild spaces really is of paramount importance in this day and age.

“In Africa, we have the last great collections of big game animals in the world, this is worth protecting.”

The idea for the expedition came from Jasper and University of Manchester alumnus Josh when they went traveling in Sri Lanka in August 2010.

Ivo, from Laikipia, Kenya, said: “On one sunny day they rented a tuk-tuk and went crashing off into the Yala National Park to go chasing some wildlife.

“Surrounded by huge 4x4s, confused tourists, and the occasional herd of elephants, they experienced their first taste of just how thrilling and funny exploration in a tuk-tuk could be.”

The crew then met up in Kenya in March 2020 with the hopes of joining forces and doing something worthwhile during the COVID-19 pandemic.

They started making TikTok videos documenting their camping, trekking and fishing adventures but noticed there was an eerie silence wherever they went.

Rangers told them that since the pandemic had begun, tourism had all but vanished.

Ivo said: “Income was a fraction of what it would have been in a normal year, salaries had been slashed and the poaching pressures on the parks for bushmeat were at record levels.

“We needed to try and do something to help out.”

They started trying to raise awareness of the issue through their videos, which led to an idea.

Ivo, who studied with Robbie at the University of Bristol, said: “One evening we were spitballing how we could use Tik Tok to try and raise money, and with a slip of the tongue TikTok became tuk-tuk and two hours later it was decided.

“We would pool all of our remaining funds, buy two tuk-tuks and drive them to Cape Town, following the documentary story whilst simultaneously raising funds for wildlife rangers.”

“What could possibly go wrong?”

They began planning in June of last year, purchasing two Piaggio Ape tuk-tuks for 10,000 dollars in Nairobi, which took three months to arrive and another two months to get the registration plates.

Then the mates renovated their “glorified tricycles”, replacing the front seats and roll cages – and adding a fold-out kitchen and a lick of paint.

“The Tuk Tuks had undergone the glow-up of the century!” said Ivo.

“Had we changed any of the sensible things such as tires, suspension, fuel tanks or even vaguely modified the engine? Well, no. But did they look great? Absolutely!”

They officially set off from the Equator crossing in Nanyuki, Kenya on November 13, having to push their rickshaws up nearly every hill they encountered.

While they restricted themselves as much as they could on luggage to reduce the load, they couldn’t be without their projector and 100-inch screen.

Cameraman Ivo said: “Honestly, it is an absolutely essential member of our team, and is responsible for trip morale.

“You do start running out of campfire conversation after five months on the road, just the four of you.”

So far Ivo and the crew have encountered wild chimpanzees on the beach, pangolins rescued from animal trafficking, and even confronted a 13-foot-tall elephant they named Craig.

He said: “Time simultaneously raced and stood still as the largest elephant we have ever seen towered over us in our little tuk-tuk.

“We wouldn’t have been able to outrun the huge tusker, so it was a case of sitting and waiting.

“Three hours later, smiling and uncrushed, we were happily tootling along next to him; almost a part of the herd.

“No other tourists, no security, just us and a true leviathan of the bush!”

The biggest hurdle Tuk South have encountered is the rain, as it hasn’t stopped for four out of the five months they have been on the road – meaning many a night spent in a waterlogged tent.

They even spent one whole day pushing their vehicles through alluvium only to move about a half a mile.

However the scariest bit is the actual driving, they say, as the tuk-tuk’s are pushed to the side of narrow roads when a truck passes by – some of which have very steep drops on the side.

Ivo said: “There’s no bonnet or crumple zone to take an impact in a tuk-tuk. It goes: front wheel, tin foil – then you.

“The whole tuk-tuk shakes like it’s been hit by an invisible fist as these road monsters pass you.”

To fund their trip, the group pick up videography work or do odd jobs for free board, putting aside as much money as they can for charity For Rangers.

Currently in Malawi, Tuk South expect to reach their destination in September, but they are unsure of what hurdles they may come across in the meantime as they cross the Kalahari and Namib deserts.

It doesn’t stop there, as they hope to make enough money to ship the tuk-tuks to Argentina and travel through Patagonia to Alaska in an ambitious second leg and continue fundraising.

Salaries for wildlife rangers were slashed due to lack of tourism, while their workload skyrocketed due to an increase in bushmeat poaching.

Ivo said: “By supporting a wildlife ranger, you help protect the ecosystem as a whole.

“Once the ecosystem is safe from human conflict, life in all shapes and sizes, truly thrives.

“This will then preserve the wonders of the natural world for generations to come.”