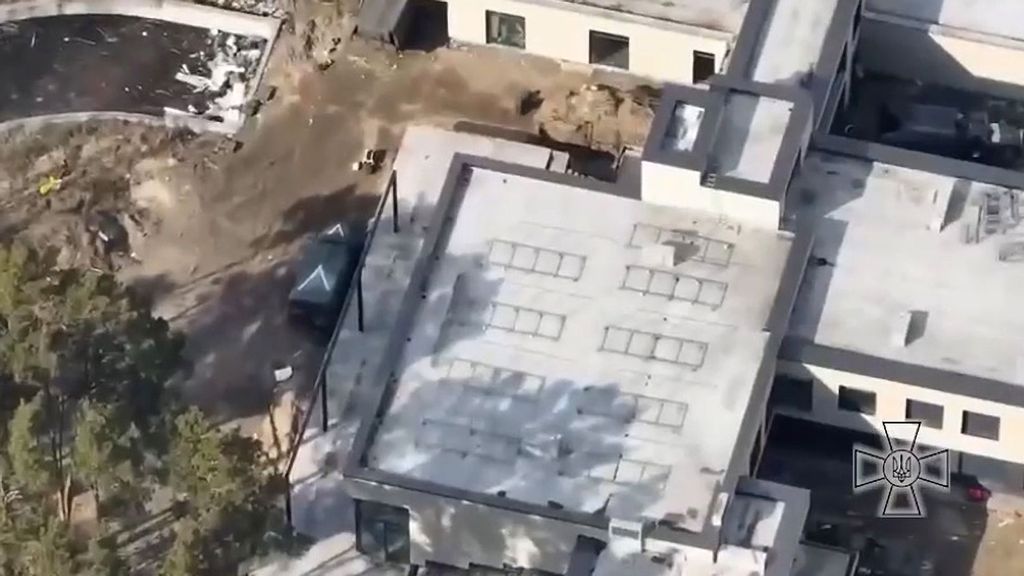 This footage filmed by a Ukrainian drone reveals Russian vehicles hiding among trees before they are picked off one by one in fiery precision strikes.

Zenger News obtained the footage from the General Staff of the Armed Forces of Ukraine (AFU) earlier today (Tuesday, April 19).

The AFU said: “UAV operators + gunners = death to the Russian occupiers.” They did not specify when or where in Ukraine the strikes took place.

The AFU said earlier today that since the beginning of the Russian invasion of Ukraine, estimated enemy combat losses have reached 20, 800 personnel.

The footage comes as Russian forces attack enemy positions along the length of the 300-mile front line in Ukraine’s eastern Donbas region.

The Kremlin is claiming that its forces struck over 1,000 Ukrainian targets overnight.

And Ukrainian officials say that Russian troops have seized control of the small city of Kreminna, in the Luhansk region.

The Donbas is Ukraine’s former coal- and steel-producing region and is home to many Russian speakers.

Russian President Vladimir Putin has accused Ukraine of carrying out genocide in the region. US officials have labeled this claim as propaganda.

Parts of the Donbas region were seized by pro-Russian separatists in 2014 and now call themselves the Luhansk and Donetsk People’s Republics.

Although the focus of the invasion is now firmly on eastern Ukraine, Russian forces have continued to strike several locations throughout the rest of the country in recent days.

Fighters backed by Russia are also attempting to storm an industrial complex in Mariupol, where Ukrainian troops and civilians are sheltering, according to reports.

At least 95 percent of Mariupol has been destroyed during the siege of the south-eastern city – largely by Russian bombardments – report Ukrainian officials.

Military analysts say Ukrainian troops are launching a number of successful counter-attacks to the south of Kharkiv.

Kharkiv is the second-largest city in Ukraine and is located in the northeast of the country.