What Your Candy Preference Says About You

People who eat candy every day were more likely to identify as “night owls” instead of “early birds,” (43% vs. 17%).
By Josh Brady April 19, 2022
Facebook
Twitter
Linkedin
Email 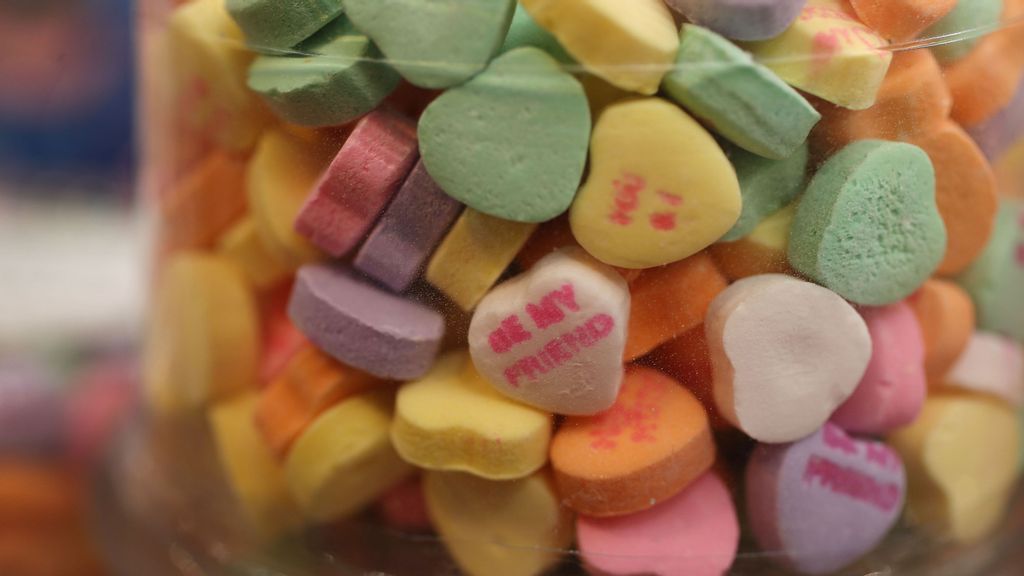 Sweetheart candy hearts are seen on the shelf at the To The Moon Marketplace on January 29, 2019 in Wilton Manors, Florida. William Newcomb who works at the store said, 'they stocked up early on the heart shape candy after learning that the Necco company had filed for bankruptcy protection and went out of business.' The Sweetheart candy was being made by Necco since 1886 and is in short supply after the company went out of business as Valentine’s Day approaches. (Photo by Joe Raedle/Getty Images)

That’s just one takeaway from a new survey of 2,000 candy lovers: a person’s preference for certain sweets may say a lot about their personality and lifestyle choices.

Meanwhile, chocolate lovers tended to describe themselves as “optimistic” (76%) and “shy” (67%), and fans of mint were most likely to say they’re “thoughtful” (78%).

Conducted by OnePoll on behalf of Jelly Belly Candy Company in advance of National Jelly Bean Day on April 22, the poll also dug deeper into the habits and beliefs of sweets lovers.

Results also suggest Americans still have a sweet tooth. Overall, roughly three in four (75%) respondents eat candy at least once a week, and more than one in four (27%) claim to eat it every day.

And while 42% would offer to share their candy with friends or family members, almost two in 10 would keep it all to themselves – including twice as many women as men.

The poll also asked its 2,000 respondents – all of whom expressed a fondness for jelly beans beforehand – to pick their all-time favorite jelly bean flavor for even more specific personality mapping.

“National Jelly Bean Day offers one day a year for flavor feuds that dominate the jelly bean world to take center stage,” said Rob Swaigen, Vice President of Global Marketing at Jelly Belly Candy Company. “Whatever flavor you prefer, we love any opportunity to celebrate what makes you uniquely you through candy.”

Cherry jelly bean lovers were more likely to be dog people (38%), while buttered popcorn lovers favored cats (43%) — and cotton candy cohorts are most likely to consider themselves not animal people (13%).

Age may also play a factor in the type of jelly bean flavor you prefer. Almost one in five baby boomers say licorice is their favorite, compared to just 6% of Gen Z.

For pear jelly bean lovers, “eccentricity” is a common personality type. Close to six in 10 align with that description, putting them alongside cherry (68%) and buttered popcorn (59%) fans as the most likely to consider themselves eccentric.

Just because two-thirds (67%) of orange jelly bean lovers like to volunteer in their free time doesn’t mean they’d give lottery money to a charitable cause. Orange lovers were also the most likely to invest the money if they won (38%).

But cherry jelly bean lovers are going off the grid. Perhaps because 79% identify as introverts, 29% would purchase their own private island if they won the lottery.

“Just as no two personalities are alike, no two flavor preferences are alike either,” said Swaigen. “That’s why innovation is so important in the confectionary category, to the point where Jelly Belly currently offers over 100 jelly bean flavors, so there is something for everyone to love, regardless of palette and taste.”