Zenger News obtained the images and a statement from the National Guard of Ukraine on Monday afternoon (April 18).
By Joseph Golder April 19, 2022
Facebook
Twitter
Linkedin
Email 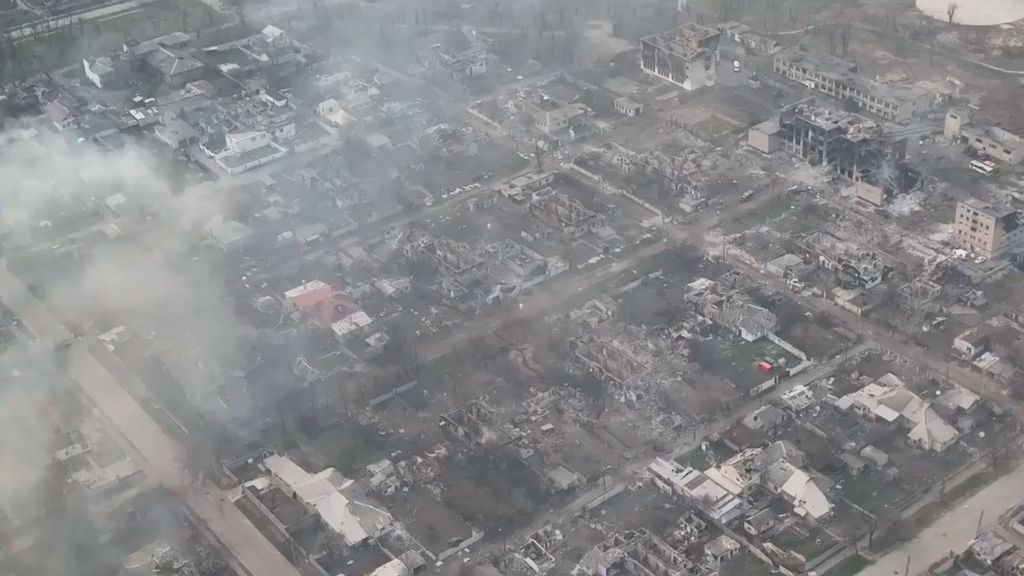 This is the incredible moment a Ukrainian tank fires through a demolished building to take out a Russian armored personnel carrier on the other side in a single shot.

The images reportedly show the Ukrainian tank moving up the street in a war-ravaged city before it suddenly opens fire on a stationary Russian military vehicle, hitting it and destroying it in one shot.

Zenger News obtained the images and a statement from the National Guard of Ukraine on Monday afternoon (April 18).

They said: “The city in the Luhansk region was destroyed by constant airstrikes and enemy artillery shelling.

“Our soldiers burn enemy equipment with unrealistic efforts. It looks epic. Victory will be ours. Thank you to the Rapid Response Brigade of the National Guard of Ukraine. Let our forces be your forces!”

Zenger News has not been able to independently verify the images or where exactly they were filmed but Ukrainian officials have said that fighting in eastern Ukraine is intensifying. The city of Luhansk is the capital of the Luhansk Oblast region, in eastern Ukraine.

The Luhansk People’s Republic is a self-proclaimed breakaway state within Ukraine that is located in Luhansk Oblast, in the Donbas region. Russia invaded Ukraine on Thursday, February 24 after recognizing the Donetsk and Luhansk areas as “people’s republics”.

Ukrainian media reported that the Russian military vehicle seen in the footage was a “BMP”, which is understood to stand for ‘Boyevaya Mashina Pekhoty’, which is Russian for “infantry fighting vehicle”. The BMP-1 is an armored personnel carrier first developed by the Soviet Union in the 1970s.

It is currently unclear what type of tank the Ukrainian forces were reportedly using in the footage, but the Rapid Reaction Brigade of the National Guard of Ukraine was established in 2015 and has reportedly distinguished itself with its involvement in fighting against Russian paratroopers who tried to take Hostomel airport outside the capital Kyiv on the first day of the Russian invasion.

Ukraine’s President Volodymyr Zelenskyy said on Monday that Russian forces have launched an all-out attack on all Ukrainian positions on the front line in the Donbas region.