Anastasia Gulej has had to flee to Germany from Ukraine after Russia invaded her country in February.
By Joseph Golder April 19, 2022
Facebook
Twitter
Linkedin
Email 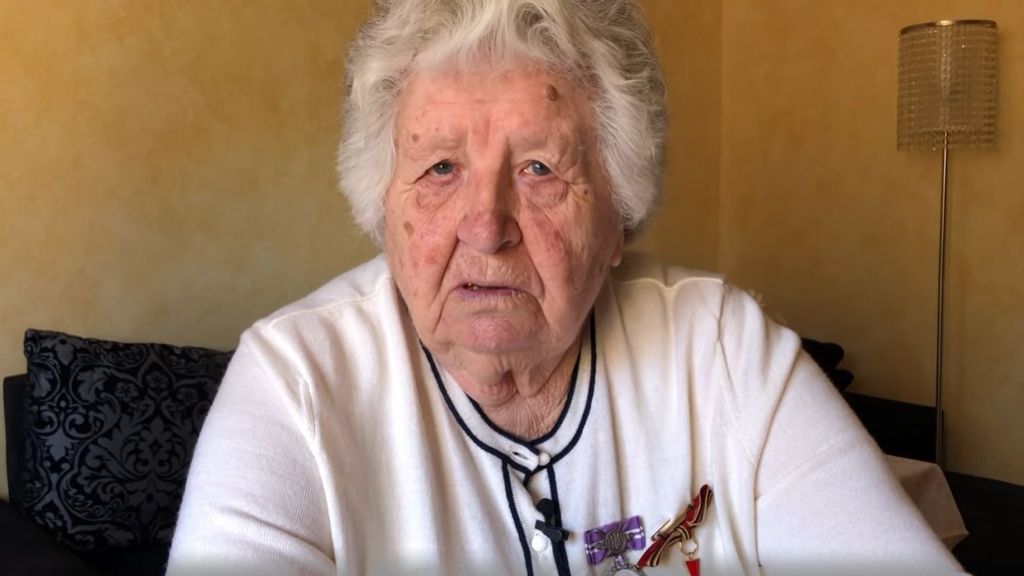 A 96-year-old Holocaust survivor from Ukraine who was in Auschwitz with Anne Frank has said that after surviving Stalin and Hitler, she will survive Putin too.

Anastasia Gulej has had to flee to Germany from Ukraine after Russia invaded her country in February and she spoke at a memorial service for Holocaust survivors.

After being sent to Auschwitz she was later moved to the notorious Bergen-Belsen concentration camp, and was speaking at an event to mark the 77th anniversary of the latter’s liberation by British and Canadian troops.

Gulej spoke of a “genocide against the Ukrainians” and compared the Russians to the Nazis, saying: “I have no words for what the Hitler admirers from the Kremlin did in Bucha and Mariupol.”

She added: “I survived Hitler, survived Stalin and I will survive this a*shole Putin too!”

The 96-year-old Holocaust survivor was sent by the Nazis to the Auschwitz concentration camp during World War II, in January 1945, at the age of 19. Gulej was there at the same time as Anne Frank, who died in the camp at the age of 15, in February 1945 and whose now-famous diary was published posthumously as a book.

Gulej was later taken to the Bergen-Belsen camp, where she remained until it was liberated four months later, on April 15, 1945. At the memorial service, she said: “I can’t forget a single minute that I spent here waiting for death.”

And speaking about the moment the camp was liberated, she said: “I didn’t even have enough strength to feel joy.”

Gulej had wanted to stay in her homeland after the outbreak of the war in Ukraine, when Russia invaded its peaceful neighbor on Thursday, February 24.

But because her house was right next to an airport, a prime military target, it was with a heavy heart that she took the difficult decision to flee with her son Wassyl and her daughter Walentyna.

German friends then helped her get to Germany. A biography of the 96-year-old was expected to be published last month, but it has now been supplemented with another chapter, one about her escape from Ukraine.

The Auschwitz concentration camp was made up of over 40 concentration and extermination camps, operated by Nazi Germany in occupied Poland from 1940 to 1945. Bergen-Belsen was originally a prisoner-of-war camp and was partially converted into a concentration camp in 1943 in what is today Lower Saxony in northern Germany.

Alleged Russian war crimes committed in Ukrainian cities and towns such as Mariupol and Bucha are being investigated by the International Criminal Court, whose Chief Prosecutor Karim Khan has called Ukraine a “crime scene”.