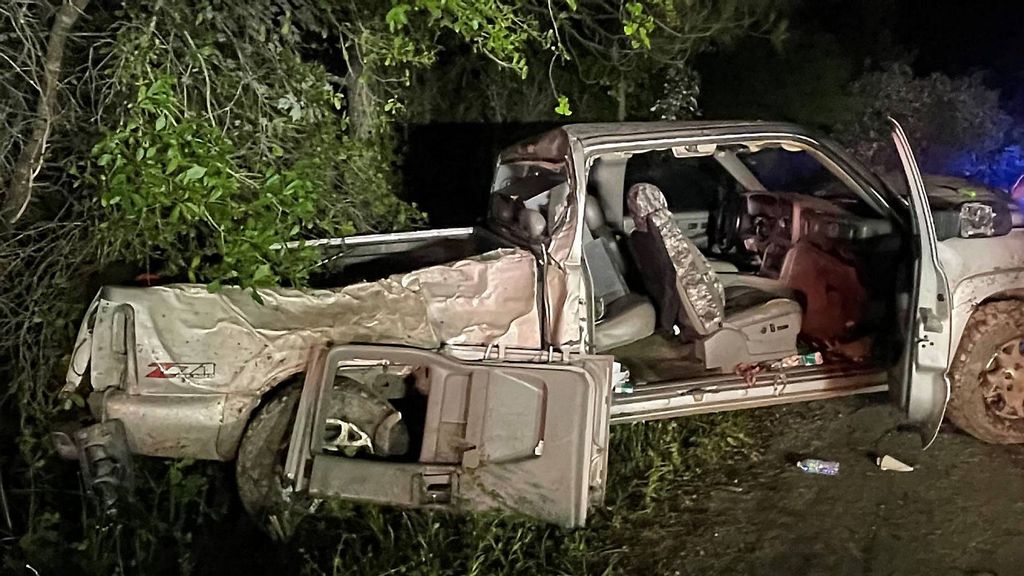 Florida man Andrew Thomas Krummen who was arrested after he crushed body parts in hit-and-run accident in April 2022. (FHP/Zenger).

A suspected drunk driver has plowed through a crash scene and sent a victim’s severed limbs flying before speeding off with cops in hot pursuit.

Two Florida Highway Patrol troopers (FHP) were attending the scene of an alleged hit-and-run incident that killed a 49-year-old woman in the city of Dade in Pasco County in the US state of Florida on Sunday.

The officers were investigating the accident scene and had reportedly found the woman’s severed legs and body on the hard shoulder.

Thomas Krummen, 23, allegedly drove his 2005 Chevy pickup truck through the accident scene, ignoring the officers’ instructions to stop and running over the victim’s severed legs.

The police shared a video of the suspect drunk driver fleeing the accident scene before officers chased and carried out a maneuver to make Krummen spin to a stop.

Two passengers in the pickup truck, a 35-year-old woman and a 33-year-old man, attempted to flag down the officers to get out of the vehicle.

Krummen is also alleged to have nearly hit two Pasco County officers while fleeing from the authorities, according to reports.

The chase lasted around 10 minutes, and Krummen was successfully brought to a stop and taken into police custody.

Krummen has been charged with DUI, reckless driving, driving with a revoked license, aggravated assault with a motor vehicle upon a law enforcement officer, and false imprisonment for refusing to let the two passengers out of the pickup truck when they tried to alert the cops.

Meanwhile, the police continue to investigate the initial crash that killed the woman, and officers are on the lookout for the driver of a silver or white sedan with a damaged front grille.

Local police had initially shared the request for help after the fatal crash in a post on April 17 that showed the missing piece of the car’s front grill lying on the road.

They wrote: “FHP Troopers continue to investigate the initial fatal hit & run crash early this morning on US-301 near Dade City. Troopers are searching for a silver or white sedan & have located a broken portion of the vehicle’s front grill. Anyone with info is asked to call *FHP or **TIPS.”

They then followed it up with videos of the chase of the drunk driver and his eventual arrest.