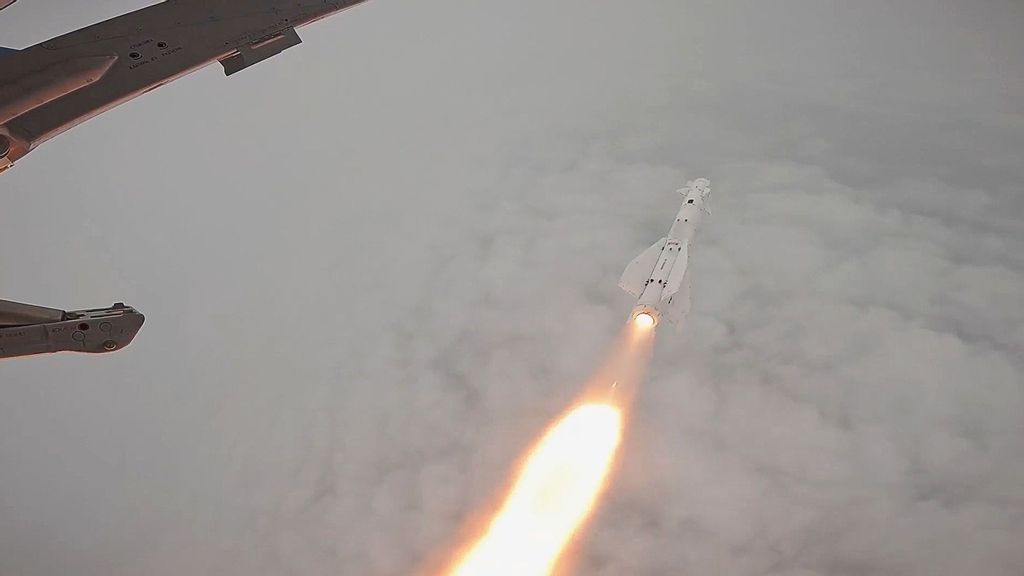 This slickly-produced video shows Russian fighter jets launching a missile at Ukrainian targets and conducting sorties over the besieged country.

The MoD said: “Crews of the Russian Aerospace Force’s operational and tactical aviation perform missions to detect and destroy enemy air and ground targets using a wide range of missile and bombing weapons.

“Fighter and bomber aircraft are on a mission to destroy military facilities of the AFU [Armed Forces of Ukraine] using high-precision missiles and guided munitions.

“In the course of combat sorties, the crews will also use air-to-surface guided high-precision X-29 missiles. They are designed to destroy enemy strongholds and fortified targets.”

The Kh-29 (&KHcy;-29 in Russian) is a Soviet air-to-surface missile with a range of 10 to 30 kilometers (6 to just under 20 miles). The Russian MoD did not specify where the strikes or sorties took place.

Ukraine has lost 37 aircraft, helicopters or unmanned aerial vehicles over the course of the conflict so far, according to the Oryx Blog. The blog’s corresponding figure for Russia is 91.

Ukraine has also lost 836 vehicles or equipment over the same period, according to the Oryx Blog. The blog’s corresponding figure for Russia is 2,992.

The blog only lists losses for which there is visual evidence, meaning that the true figures on both sides are likely to be higher.

The footage comes as Russian forces embark upon their large-scale battle for Ukraine’s eastern Donbas region.

The small city of Kreminna fell to Russian forces overnight from Sunday to Monday, with the Kremlin’s sights now apparently set on key target Kramatorsk.

Seven people have reportedly died after several missiles struck the UNESCO-listed city of Lviv, in western Ukraine, which had largely remained untouched since the invasion began.

Over 4.9 million people have now fled the country due to the invasion, the United Nations is reporting.

And Ukraine has handed in a questionnaire to the European Union (EU) in its bid to gain candidate status so it can fully join the bloc in the future.

Russian President Vladimir Putin is firmly opposed to Ukraine joining NATO but is said to be open to the idea of the country joining the EU if it stays out of the western military alliance.

The invasion, which the Kremlin is calling a “special military operation”, began on Thursday, February 24, and is now in its 55th day.

«Previous Post
I Want To Be Evacuated Says Alice, 4, Hiding Under Azovstal Steel Plant In Mariupol Bombed By Russia»Next Post
Ukrainian Tank Shoots Through Damaged Building To Take Out Russian Vehicle In One Shot