The artist - named only as Wang in Chinese media - spends up to three hours covering himself in paint to match his surroundings.
By Emily Wu April 18, 2022
Facebook
Twitter
Linkedin
Email 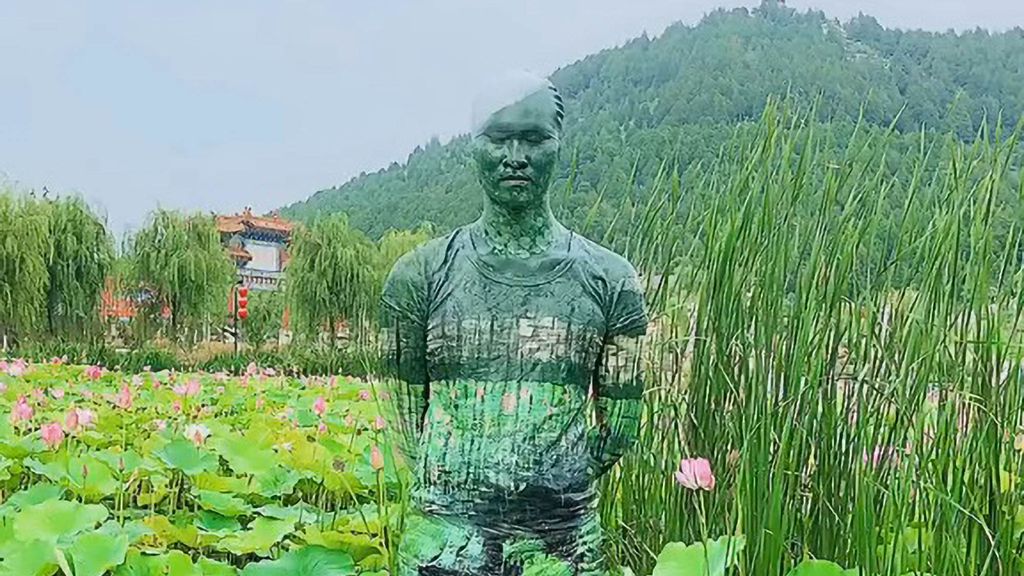 Man paints himself to perfectly integrate with the background in Jinan, China. (hh58585/Zenger)

A camouflage artist who paints himself to fit in perfectly in any environment is baffling fans in China.

The artist – named only as Wang in Chinese media – spends up to three hours covering himself in paint to match his surroundings.

In one display – at a park in the city of Jinan, the capital of the eastern Chinese province of Shandong on April 11 – he transformed himself to blend into a field of multi-colored flowers.

In another video, Wang paints himself as part of a tree trunk surrounded by golden leaves so perfectly he turns virtually invisible when he stands still.

In the video, he said: “Look, everyone, here is a new camouflage cloth, and it matches the color of the surrounding environment really well. I stand here motionless, simply a fake image over the real.”

Other films show Yang perfectly camouflaged inside a restaurant with customers passing by without even noticing him.

He had even promised to pay for the first person to see him when passing by, saying: “Today’s meal is paid by me! The only condition is that you have to find me. My invisible spot is very tricky from the front.”

Another shows him posing on top of a modernist skyscraper as part of a flower garland, standing on a glass pane over a sheer drop below.

He seems nervous about heights but continues nevertheless, saying: “We are at 388 meters [1,272 feet]. It is too high here, even for me. Are we sure to want even to start to draw here?”

Not everyone, though, is a fan – and one video shows him being thrown out of a building by security guards, although they later repent and let him in when they see his project to blend in from the outside.

The artist insists he does all the artwork himself, using a simple mobile phone image to see constantly how the image is taking place and how the camouflage is working!

He proudly showed off one video for example where he is on a pathway through fields of flowers and boasted: ”Many friends came and didn’t find me until they moved to my side.”

But he was spotted by the female security who grabs the artist by the ear to haul him out of the flowerbeds as can be seen in the video.

«Previous Post
VIDEO: Moment Russian Airstrike Misses Ukrainian Woman Walking Down Street As It Destroys Trash Can»Next Post
Poll: 45% Of Dog Owners Believe Their Pet Is In Better Shape Than They Are