Explosions can then be seen on the ground as the Russian military vehicles are targeted.
By Joseph Golder April 18, 2022
Facebook
Twitter
Linkedin
Email 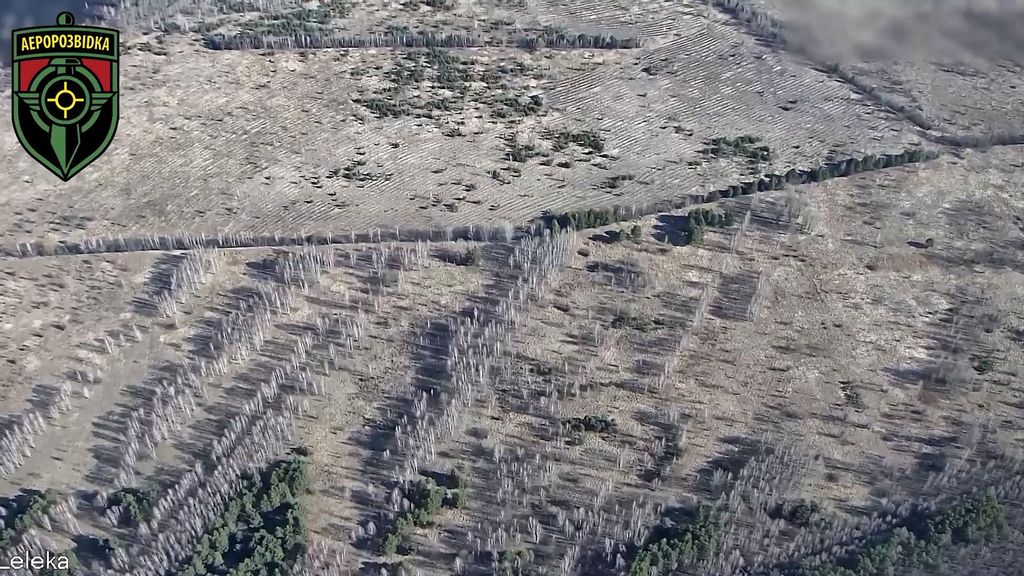 These images show a Ukrainian drone spotting and helping to destroy Russian military vehicles at what appears to be a makeshift base.

The images show a forested area through a camera attached to what Ukrainian aerial reconnaissance said was a ‘Leleka’ (‘Stork’ in English) drone.

The drone scans the area for targets, apparently spotting Russian military vehicles at a makeshift base in the forest.

Explosions can then be seen on the ground as the Russian military vehicles are targeted.

Zenger News obtained the footage from the Aerorozvidka reconnaissance unit of the Ukrainian Armed Forces, who said: “Ukrainian drone ‘Leleka’ sets fire to the artillery of Russian orcs.”

Ukrainian forces regularly refer to Russian forces as “orcs”, in reference to the evil footsoldiers in Sauron’s army in J. R. R. Tolkien’s The Lord of the Rings.

Aerorozvidka started out as a group of drone enthusiasts and volunteers in 2014 and is partly a non-government organization and partly a military unit of the Ukrainian Armed Forces.

Leleka drones are manufactured by Ukrainian company Ukrspecsystems, a “leading Ukrainian provider for combat-proven” drones, which describes them as destined for military, industrial and commercial use.

They say on their website: “The main advantage of this system is advanced inertial navigation, which allows operating in a harsh and GPS-denied environment. The system can be equipped with EO and IR gimbals. It has a quiet and reliable electric motor, which allows operations at low altitude without being noticed.”

They also say that they can carry a wide variety of “advanced payloads” and that they are easy to transport, adding that their drones are “shipped in light and impact-resistant plastic cases that contain all the necessary components of the system.”

Ukrspecsystems is proud of its ties to the Ukrainian military, stating: “LELEKA-100 unmanned aerial system has been officially on service in Ukrainian Armed Forces since 2015. Our solution has received positive feedback from Ukrainian Army officers, drone operators, and intelligence agents.

“It is one of the most commonly used drones of its class in the Ukrainian Army and has most of the flight hours recorded. Leleka-100 even participated in a Military Parade in honor of the Independence Day of Ukraine [in 2018].”

It is currently unclear where exactly in Ukraine the images were filmed but the conflict is shifting to the east of the country, with Russian forces said to be pairing for a massive offensive in the Donbas region.