No Can Do: Horror Over Two-Year-Old Chicken Meal

TikTok user Pam Parish - from Atlanta - shared the video, to the surprise of many, of her salad recipe using preserved chicken.
By Arian Movileanu April 18, 2022
Facebook
Twitter
Linkedin
Email 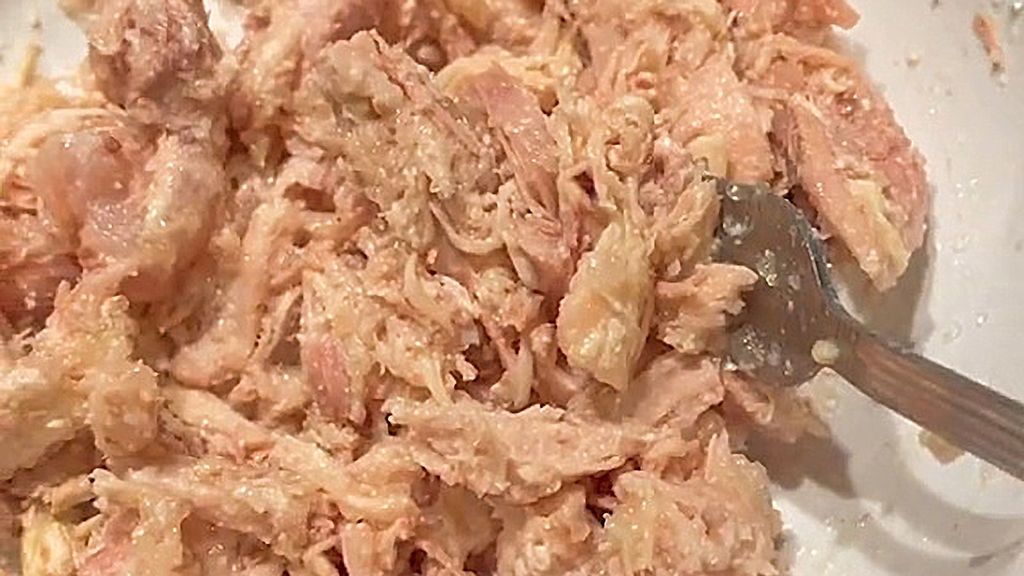 Pam Parish who lives in a farm outside of Atlanta, Georgia, recorded herself making salad with two-year old chicken thighs. (@pamparish/Zenger)

A traditional cook has received a shocked reaction from food fans online with her tips on how to use two-year-old home-canned chicken based on an old Amish recipe.

TikTok user Pam Parish – from Atlanta, in the US state of Georgia – shared the video, to the surprise of many, of her salad recipe using preserved chicken.

She admitted: “There were a lot of negative comments from people who were grossed out by the idea of two-year-old chicken.

“But there were also a lot of comments from people who were curious to learn about canning.”

In particular, many of the 10 million watchers were revolted by the pink color of the meat as it slid into a bowl.

Pam said: “The reason it’s pink is that it is the thigh which is the dark meat part of the chicken.

“I think the video went viral because so many people don’t understand canning and how to preserve food using methods that have been around for generations.

“I’ve grown up around it all my life and have also seen it done in the Amish communities surrounding where I grew up in Kentucky.”

Pam, who lives on a 45-acre farm with her family, said canning is a normal part of country life.

She said: “Meat is just one of the many things we can – from vegetables, to fruits, dairy, butter, and jams/jellies.”

She went on: “In this particular video, I’m using chicken canned through a water bath method in which I sanitize the jars in the oven at 200-degrees [Fahrenheit], pack the chicken into the jars raw with a little garlic and salt, then I add hot lids and place the bands on fingertip tight.

“The jars were placed in boiling water for three hours and then allowed to cool and seal. The meat is very tender when the jar is unsealed and flavorful from sitting in its own seasoned broth.”

Despite many controversies around the use of water bath canning for meats and low acid foods by the US Food and Drug Administration (FDA), Pam claimed: “The water bath method is common around the globe where pressure canners aren’t as easily accessible. It does take twice the time as a pressure canner.”

Pam – who recommends canning to cut down on overall food spending – said she prefers homemade meals because it is the only way she is certain “exactly what has gone into them”.

She also said: “[Canning] enables us to preserve the vegetables and fruits we grow without them going to waste, and it cuts down on the food waste in our home allowing us to preserve our leftovers to create additional meals for later.

“The other reason we like canning is because it’s shelf-stable food that doesn’t require space in our fridge or freezer and is safe in a power outage and ready to eat in an emergency.

“I think every person should understand how to preserve their foods and make their grocery budgets go further. With all of the talk about being kind to our planet, canning is one of the best methods.

“There’s zero waste because the jars and lids are all reused and many of our leftovers are stored for later rather than left to go bad in the fridge if we don’t consume them quickly.”

As reported by the national public health agency of the United States, the Centers for Disease Control and Prevention (CDC), Americans consume chicken more than any other meat.