Hitler Sculpture On Show In Tribute To Jew Who Fled Nazis, Served In Navy And Became Art Collector

Stefan Edlis was just 16 when he fled the Austrian capital Vienna in 1941 with his mother and siblings.
By Joseph Golder April 18, 2022
Facebook
Twitter
Linkedin
Email 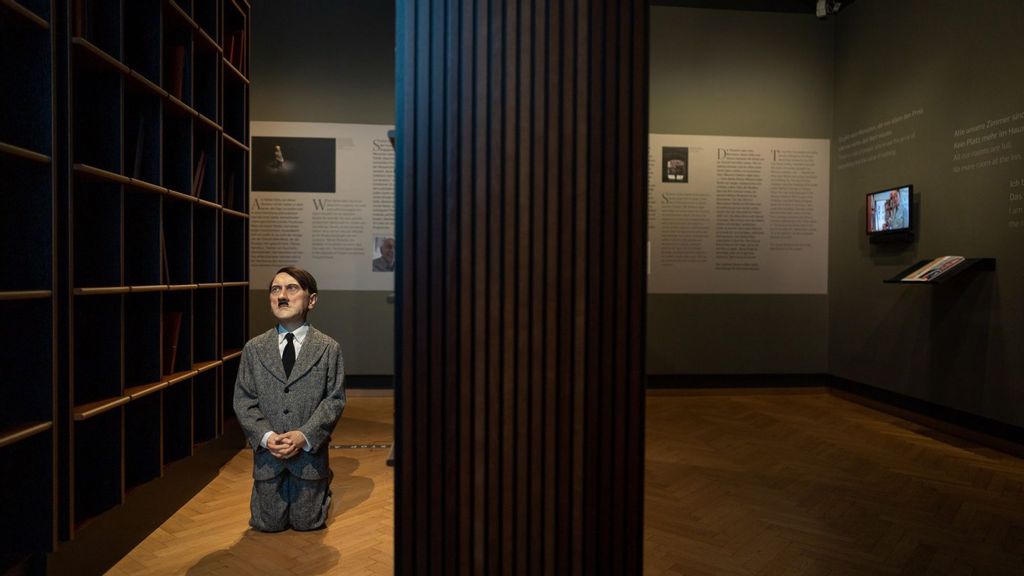 Adolf Hitler has gone on display at the Jewish Museum in Vienna as part of a project focusing on the creator of one of the most important contemporary art collections in the world.

Stefan Edlis was just 16 when he fled the Austrian capital Vienna in 1941 with his mother and siblings before emigrating to the United States.

The Jewish Museum in Vienna said in a statement obtained by Zenger News that Edlis, who later made a fortune as a businessman, “became one of the most important international collectors and patrons of contemporary art”.

This was after he and his family unsuccessfully tried to help their relatives escape the Nazis and flee to the USA. Edlis joined the US Navy and was deployed following the Battle of Iwo Jima (February 19 – March 26, 1945). After World War II, he became one of the States’ biggest contemporary art collectors.

The museum said that “after the end of World War II and his return to his new homeland, Stefan Edlis began to work in a small tool company”, drawing in his spare time.

The Jewish Museum added: “Through great skill and talent he succeeded in making tools out of plastic to manufacture. As a result, he founded ‘Apollo Plastics’, a plastics factory for components for electronic devices.” His “incredible success” made him a “fortune”.

Edlis became one of the most important international collectors and patrons of contemporary art.” The museum also said that “together with his wife Gael Neeson he built up a spectacular collection, in which he also included provocative works of art.”

Edlis passed away in Chicago, in the US state of Illinois, in 2019 at the age of 94, with one of his last wishes being that his passport, from when he fled the Austrian capital, be kept at the Jewish Museum in Vienna.

His passport, bearing a “J” for Jew (‘Jude’ in German), is now on display as part of an exhibition in Vienna about his life.

The exhibition, titled “An (un)enjoyable journey. Stefan Edlis’ life after HIM” – ‘him’ being the Nazi dictator Adolf Hitler – went on display at the Jewish Museum in the Austrian capital on Wednesday, April 13.

The exhibition also features a statue called “Him”, by Italian artist Maurizio Cattelan, 61, who is primarily known for his hyperrealistic sculptures and installations and with whom Edlis “had a special friendship”. The 2002 sculpture shows a kneeling boy in a neat suit, that is when it is approached from behind.

The Jewish Museum said that “from the front you can see that the figure represents Adolf Hitler, kneeling with his hands folded in prayer”.