Video footage of the assault shows a series of shattering blasts, understood to be the guns and ammunition exploding.
By Lee Bullen April 18, 2022
Facebook
Twitter
Linkedin
Email 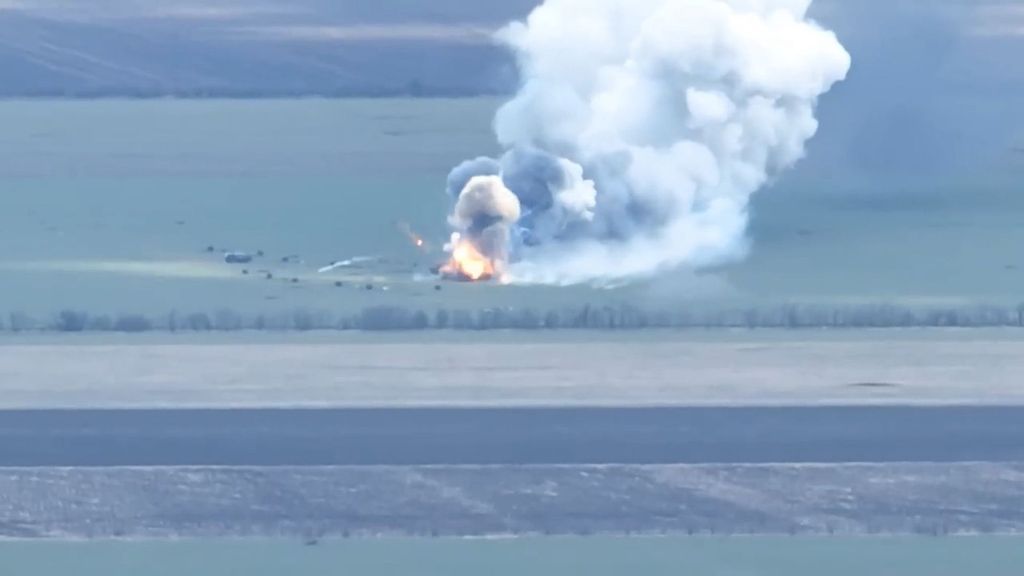 Video footage of the assault shows a series of shattering blasts, understood to be the guns and ammunition exploding.

The position eventually goes up in an enormous fireball, sending what appear to be ignited shells into the air at random.

A series of what appear to be Russian vehicles can then be seen evacuating the area at high speed, apparently as the Ukrainian forces advance.

The brigade also joked that they are sending the second-best army in the world to the bottom of the rankings.

“The Armed Forces continue to confidently lower the ‘second-best army in the world’ to the bottom of the rankings.

Russia invaded their neighbours Ukraine on February 24 in what the Kremlin is calling a “special military operation”.

Today marks the 51st day of the invasion. From February 24 to April 15, the total combat losses of Russian troops stand at nearly 20,000 personnel, according to the General Staff of the Armed Forces of Ukraine.

The move comes after the US promised a further 800 million dollars in weapons, with Ukrainian President Volodymyr Zelenskyy saying that he was “sincerely thankful” to the Americans for their military support.

Ukraine has claimed that it hit a large Russian warship called the Moskva with missiles, causing it to eventually sink. Russia, while admitting that the pride and joy of its Black Sea fleet had sunk, also countered by claiming that a fire aboard the vessel caused the evacuation of its crew and that the vessel sank in poor weather while being towed.