The vehicle - complete with a Russian 'V' painted on the side - was found by members of the State Border Guard Service of Ukraine.
By Lee Bullen April 18, 2022
Facebook
Twitter
Linkedin
Email 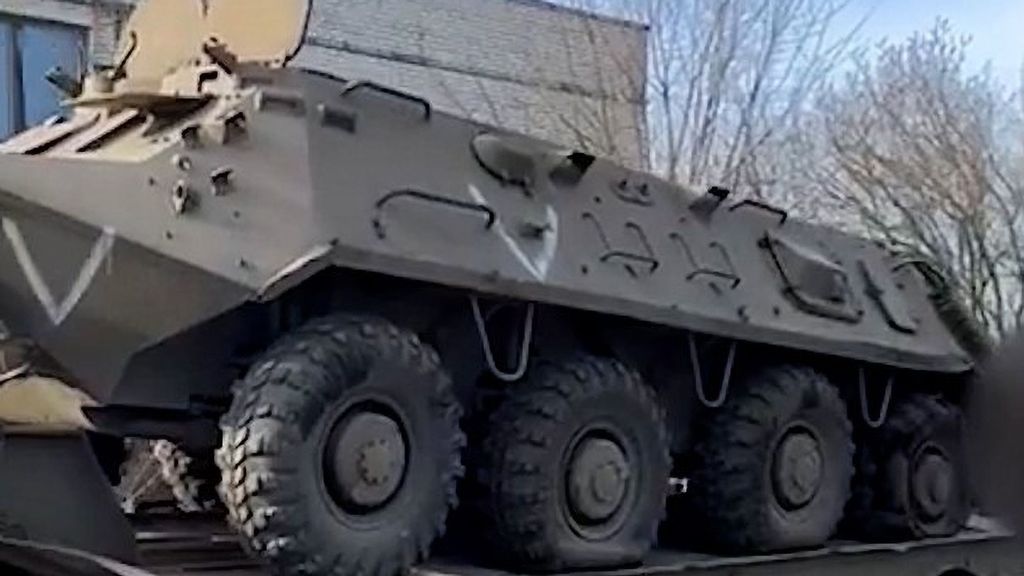 Ukrainian border guards who captured an armored Russian troop carrier have told how they plan to turn it against their invaders.

The battered personnel vehicle was claimed as a trophy after it was apparently abandoned by retreating Russians, beaten back by Ukrainian troops.

The vehicle – complete with a Russian ‘V’ painted on the side – was found by members of the State Border Guard Service of Ukraine in the region of Kyiv Oblast as Russian forces pulled out.

The Ukrainian border service said the vehicle was not in working order when they found it, but promised to fix it up, give it a lick of paint, and put it to use “on the side of good”.

In a statement obtained by Zenger News, the State Border Guard Service of Ukraine said on April 15: “Border guards found an armored vehicle of the racists in the Kyiv region during measures to restore control over the state border, in areas where the invaders were thrown out.

“They found an armored personnel carrier that lost the ability to move independently, which was moved to the border unit’s base.

“In the near future, the armoured personnel carrier will be restored, repainted and put in working order on the side of good to help fight the enemies of Ukraine.”

Russia invaded their neighbors Ukraine on February 24 in what the Kremlin has called a “special military operation” in the sovereign European country.

Today marks the 51st day of the invasion. The total combat losses of Russian troops currently stand at nearly 20,000 personnel, according to the General Staff of the Armed Forces of Ukraine.

The move comes after the US promised a further USD 800 million in weapons, with Ukrainian President Volodymyr Zelenskyy saying that he was “sincerely thankful” to the Americans for their military support.

Ukrainian officials have accused Russia of exhuming bodies in the bombed-out city of Mariupol in an attempt to hide evidence of war crimes.