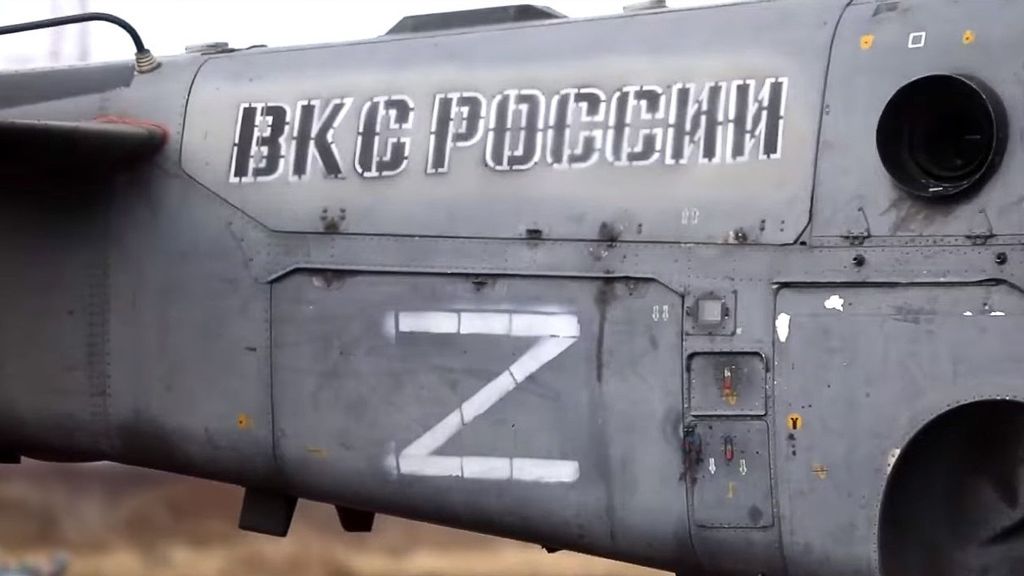 Russian attack helicopters Ka-52 hit the armored vehicles of the armed forces of Ukraine in April 2022. (Ministry of Defense of Russia/Zenger).

This is the moment Russian killer copters reportedly take out Ukrainian armored vehicles and military equipment as the invasion enters its 50th day.

The Kremlin released footage showing armed-to-the-teeth helicopters taking off for a strike.

The Russian Ministry of Defense (MoD) said on April 14 that the crews of the Ka-52 combat helicopters destroyed their targets during the operation, adding that the pilots flew in pairs.

The video shows one Ka-52 copter taking off and firing missiles at targets in woodland before returning to base.

The Russian MoD said: “Guided missiles hit armored vehicles of the Armed Forces of Ukraine. All targets were destroyed by attack helicopters.”

The MoD also claimed that the crews struck the position of a Ukrainian artillery battalion camouflaged in the woods.

Russian troops invaded Ukraine on February 24 in what the Kremlin is calling a “special military operation”.

The Ka-52 ‘Alligator’ is an attack and scout helicopter manufactured by Kamov, which is headquartered in Lyubertsy, Moscow Oblast, Russia.

Its primary users are the Russian and Egyptian Air Forces. It has previously been spotted being deployed in the Syrian Civil War.

According to the Oryx Blog, Ukraine has lost at least 774 vehicles or pieces of equipment since the Russian invasion began, on February 24.

The blog conservatively puts the corresponding figure for Russia at 2,884.

The blog only lists losses for which there is visual evidence, meaning the true figures on both sides are likely to be higher.

In other developments, the Russian Ministry of Defence (MoD) has said the Moskva – the flagship vessel of its Black Sea fleet – is seriously damaged after a fire caused ammunition on board to explode.

Ukrainian officials said their forces struck it with two missiles.

Meanwhile, the United States has said it is sending Ukraine more artillery, armoured vehicles and helicopters.

The Ukrainian MoD, however, says its troops are still holding out there.