Rare Star Wars Toys That Sold For Just Over A Buck In The 1980s Set To Fetch Over 26,000 Dollars At Auction

A canny collector snapped up a Yak-Face figure from Return of the Jedi at a Tesco supermarket in the 1980s in the United Kingdom.
By Anamarija Brnjarchevska April 15, 2022
Facebook
Twitter
Linkedin
Email 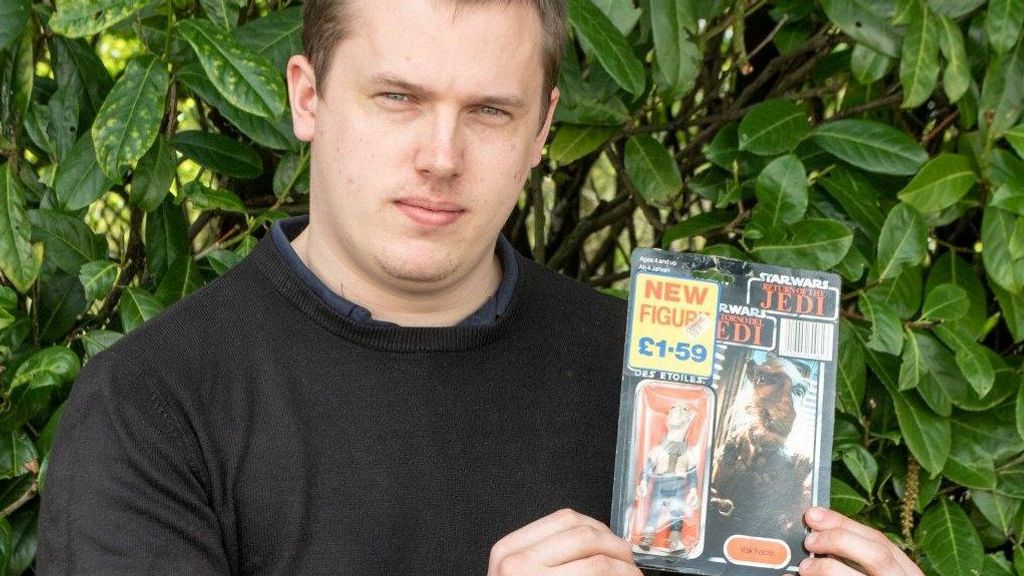 A rare Star Wars toy which was hunted out of a bargain bin for 99p is set to sell for £1,000.  (Steve ChatterleyZenger)

A collection of rare Star Wars toys that sold for just over a dollar apiece in the 1980s is now set to sell for over 26,000 dollars at auction.

A canny collector snapped up a Yak-Face figure from Return of the Jedi at a Tesco supermarket in the 1980s in the United Kingdom. Originally priced at 1.59 pounds (2.08 dollars), it was marked down for a quick sale.

The figure was bought by another collector who then spent 20 years hunting down more toys from the famous film franchise.

The 48-year-old, who has not been named but who works in financial services in the city of Birmingham, in the West Midlands, in the UK, said: “I remember seeing lots of figures for sale for 10p each in a shop called Crash Bang Wallop in the Swan Shopping Centre in South Yardley, Birmingham, in about 1986, when interest in the films had waned.

“I was still at school and they had a full box of about 50 toys, all rare examples of the last 17 figures.

“How I wished I had the money at the time. I just bought one and it’s still in my played-with collection.

“I’ve been a big Star Wars fan since the films first came out.

“I purchased the figures about 20 years ago as an investment to go with my played-with collection from when I was a child.

“My favorite lot is a figure of Anakin Skywalker.

“It’s rare as the original actor’s appearance in the films has been cut with a different actor.

“I’m surprised by the rarity value of some of the toys as they were much more common when I purchased them.

“I’m selling now as I have a family and struggle to find anywhere to display them safely. It feels like the right time to sell.”

A figure of Luke Skywalker dressed as an Imperial Stormtrooper from Star Wars that still has its “Tesco 99p” offer price label is estimated to go for 800 pounds (1,045 dollars).

The Star Wars collection will go under the hammer at Hansons Auctioneers, in the village of Etwall, in the county of Derbyshire, in the East Midlands, in the United Kingdom, on April 20.

“It’s amazing to think a Star Wars toy on sale for less than 1 pound in 1983 is now potentially worth 1000 times its original price tag.

“Hansons has seen some impressive Star Wars toy collections including one which made nearly 10,000 pounds (nearly 13,000 dollars) at auction, but this is set to be the best yet.

“Our seller has amassed a phenomenal set of figures.

“There are Star Wars collectors all over the world and the clamor to own rare items is as strong as ever.”