The strongest seismic event known to science is the 1960 earthquake that struck the town of Lumaco,near the city of Valdivia.
By Martin M Barillas April 15, 2022
Facebook
Twitter
Linkedin
Email 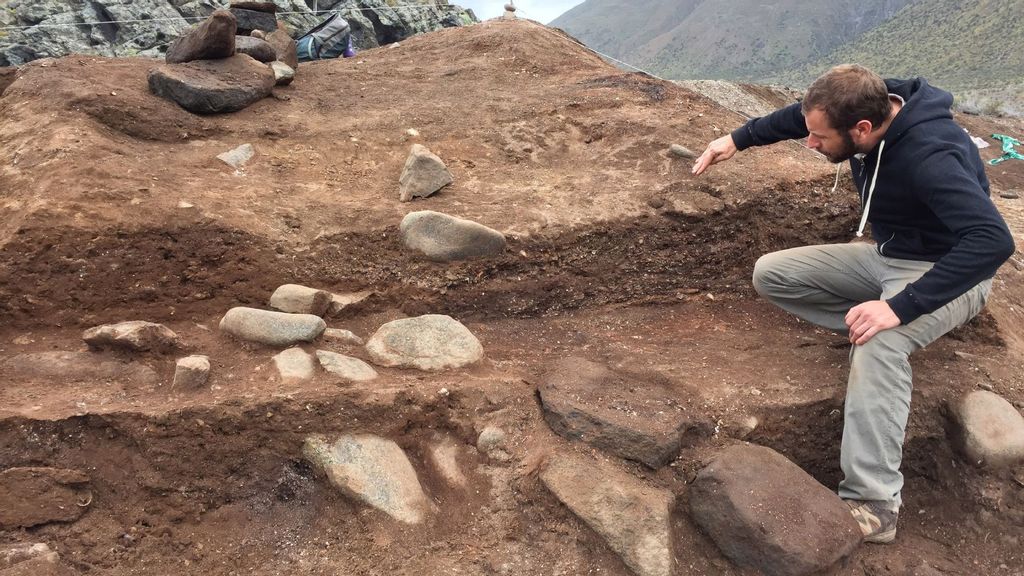 An international team led by Chilean researchers and with a Spanish presence published their discovery of a huge earthquake that changed life in the Atacama desert 3,800 years ago, in Science Advances on 6th April 2022.  (Departamento de Geologia - Universidad de Chile/Zenger)

A tremendous earthquake unleashed a giant tsunami that caused so much devastation to coastal inhabitants that it took at least 1,000 years for them to return to shore living.

Geologists and archaeologists who say we need to learn the lessons from the quake of the past fear that modern authorities have not considered how much worse the next quake will be, and must adapt their plans accordingly.

They found that life changed radically 3,800 years ago when northern Chile was struck by devastating tremors and tsunamis that may have surpassed the most powerful earthquake ever registered until today.

The strongest seismic event known to science is the 1960 earthquake that struck the town of Lumaco, near the city of Valdivia, which lies approximately 744 kilometers from Chile’s capital, Santiago. The quake registered 9.4 to 9.6 on the moment magnitude scale.

The temblor and resulting tsunami caused thousands of deaths and as much as 3.5 billion to 7 billion dollars in damages, adjusted for inflation.

Ships and sailors were lost, Valdivia was devastated, and farmland sank in some areas at least two meters, becoming permanently flooded.

The resulting waves as high as 10.5 meters (34.4 feet) struck Hawaii, China, Japan, and the Philippines.

But a multidisciplinary study in the journal Science Advances suggests that a similar quake occurred not far away, in northern Chile, but thousands of years ago, registering a magnitude of 9.5.

Co-authors Diego Salazar, Gabriel Easton, and James Goff found that the ancient quake was a killer that drove people inland, where they remained for 1,000 years.

The stone walls of ancient dwellings in Chile were destroyed and found beneath tsunami deposits.

Some walls toppled towards the ocean, probably because of the wave’s devastating backwash.

Samples of shells, sea life, and marine rocks were washed inland in Chile and found on land located four to seven meters above the current sea level.

And half a world away, in New Zealand, a giant wave generated by the ancient quake even tossed boulders the size of cars hundreds of meters inland.

Easton said: “Their formation cannot be explained by global changes in sea level.” He added that ancient clashes of the Nazca and South American tectonic plates caused it.

People in Chile have learned to live with some seismic events, but even they would be shocked by the ancient devastation geologists and archaeologists found.

The authors noted there was evidence “that there was a mega earthquake in the past, which modified the settlement and the connection with the territories on the part of the old coastal communities in the north of the country”.

The shifting tectonic plates and tsunami of 3,800 years ago drove waves 15 to 20 meters (50 to 65 feet) above sea level in parts of Antofagasta, Atacama, and Tarapaca, on the coast north of Santiago.

Tectonic plates are huge sections of the Earth’s surface that rub against each other, rupture and cause volcanic eruptions and earthquakes.

The longer the rupture takes, the bigger the quake.

Because the Atacama region is one of the driest of the world, it is difficult to find evidence of tsunamis.

Goff said: “However, we found evidence of marine sediments and a lot of beasties that would have been living quietly in the sea before being thrown inland.”

He added: “And we found all these very high up and a long way inland so it could not have been a storm that put them there.

Easton said: “For this, it is necessary for ‘something’ to raise it and we suppose that this ‘something’ is the tectonic upheaval that occurs during large subduction earthquakes.”

Salazar said: “Our hypothesis is that this event could have generated a very high mortality among people, or it could have also motivated the migration of a significant number of people to other territories.”

The ancient mega-quake caused a drastic change in coastal communities for hundreds of kilometers, while the few survivors abandoned the seashore.

He said: “In the following thousand years, the population seems to recover because the cemeteries reappear, the sites are larger and more numerous, which suggests that the demographics are beginning to recover. But the settlements and cemeteries place them at a higher altitude and at a greater distance from the coast than what was happening before the event.”

Easton found a seismic crack inland, showing archaeological evidence that it happened nearly 4,000 years ago, resembling a similar crack caused by a 1995 quake nearby.

The authors believe the study can guide preparations for future catastrophes.

They suggest that the deaths of so many people thousands of years ago meant that even the knowledge of how to adapt to life in seismic zones – which is a challenge even today – was lost.

Salazar pointed out: “If knowledge is not permanently cultivated and reactivated, it begins to dilute.”

The study noted that current disaster planning is based on data only going back to the 19th century.

Considering the new information and the possibility of quakes at least as big as the one in 1960, this means, according to Salazar, that “management plans have to be calibrated based on that possibility, with a view to reducing the disaster risk associated with this type of event”.

Underscoring the danger quakes pose for people living elsewhere, Goff said: “While this had a major impact on people in Chile, the South Pacific islands were uninhabited when they took a pummeling from the tsunami 3,800 years ago.

“But they are all well-populated now, and many are popular tourist destinations, so when such an event occurs next time the consequences could be catastrophic unless we learn from these findings.”