The huge wound was first noticed by lifeguards off the coast of Argentina, who initiated a rescue.
By Lee Bullen April 15, 2022
Facebook
Twitter
Linkedin
Email 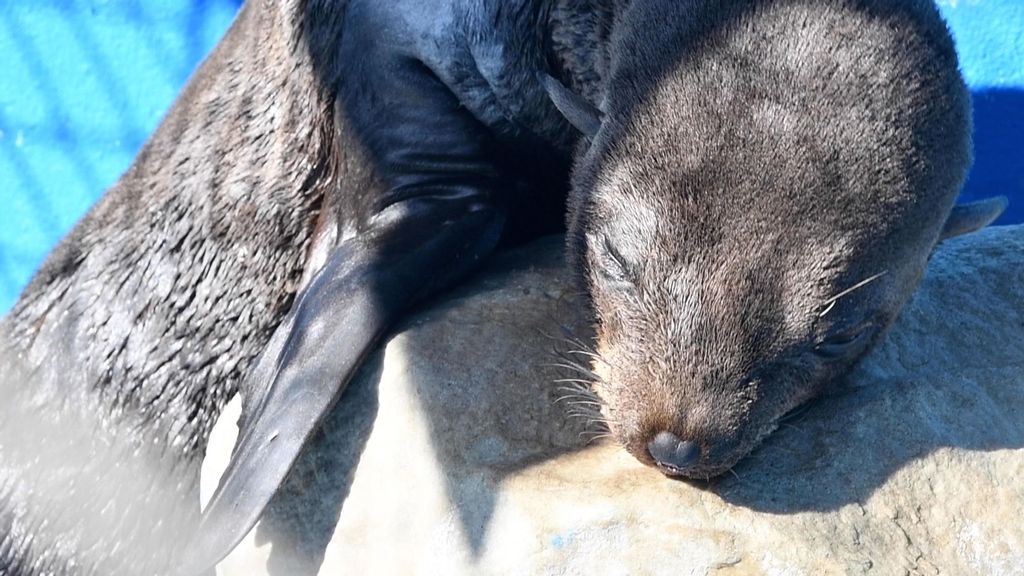 The South American fur seal (Arctocephalus australis) that was found with a neck wound in Villa Gesell, Argentina, in April, 2022. (Fundacion Rescate Verdemar/Zenger)

Shocked marine wildlife experts have released harrowing footage of a seal left with a gaping neck wound after it became entangled in plastic packaging.

The huge wound was first noticed by lifeguards off the coast of Argentina, who initiated a rescue.

The seal is now recovering at the Mundo Marino Foundation’s rescue center in the town of San Clemente del Tuyu before being released back into the wild.

The foundation said in a statement obtained by Zenger News: “A South American fur seal (Arctocephalus australis) entered the Mundo Marino Foundation rescue center in San Clemente with a deep wound in its shoulder and neck area caused by a plastic band commonly used for industrial-type packaging.

“The animal had been rescued and initially treated by lifeguards, the Argentine Naval Prefecture, and the Rescate Verdemar Foundation in the town of Villa Gesell.

“The Rescate Verdemar Foundation proceeded to offer it first aid and remove the piece of band that was hurting the seal.

“Later, it was transferred to the rescue centre of the Mundo Marino Foundation in San Clemente where veterinarians and technicians were waiting.”

Veterinarian Candela Martelli said: “Upon arriving at the rescue center on April 7, we proceeded to perform treatments with antibiotic creams and similar, and he was also hydrated orally.

“The wounds are deep, both in the animal’s neck and shoulder, and were caused by becoming entangled in a plastic band.

“In addition, as the wound was infected, antibiotics were given.

“We are still waiting for the results of the blood tests that we carried out, but the animal has good body condition and a good attitude, so we hope that the prognosis is favorable.”

Mundo Marino Foundation technical director Juan Pablo Loureiro said: “Due to the depth and extent of the wounds, we estimate the seal will be in rehabilitation for between 30 and 40 days. If he maintains a good body condition and responds well to treatment, we trust that he will be fit to return to the sea.”

The International Union for Conservation of Nature (IUCN) recognizes 36 species of seal.

The Japanese sea lion and the Caribbean monk seal are believed to be extinct, with a further 10 species categorized by the IUCN as ‘endangered’ or ‘vulnerable’.

In addition to plastic waste, seals are also threatened by other forms of marine pollution, fishing nets, underwater noise and hunting, among other things.

Species that live in polar habitats are also particularly affected by climate change.