Furchner is standing trial for her alleged role in the deaths of thousands of inmates at the notorious Stutthof death camp.
By Joseph Golder April 15, 2022
Facebook
Twitter
Linkedin
Email 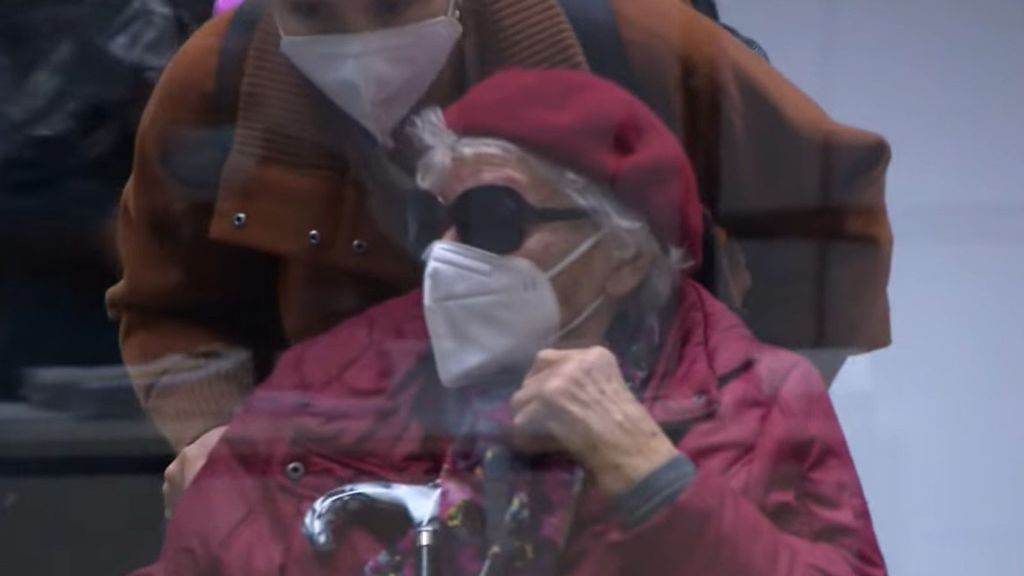 The trial of a former Nazi death camp secretary over the murder of over 11,000 people has been suspended after her lawyers claimed she is unwell.

A spokesperson for the Itzehoe Regional Court, in Germany’s northernmost state of Schleswig-Holstein, said that Irmgard Furchner’s next court date had been canceled.

The 96-year-old had been due to appear after the Easter break next Tuesday (April 19) but is suffering from an unspecified, ongoing illness.

Furchner is standing trial for her alleged role in the deaths of thousands of inmates at the notorious Stutthof death camp from June 1943 to April 1945.

She was reportedly a member of the Waffen-SS and worked at the camp as a secretary for its commander.

The SS – short for Schutzstaffel, or Protection Squad – was a Nazi paramilitary organization under the direct control of Heinrich Himmler and fanatically loyal to Adolf Hitler.

The infamous organization was responsible for many of Germany’s countless war crimes throughout World War II.

Furchner had originally gone on the run to avoid justice but she was quickly caught by the German authorities.

The last court date to take place as scheduled was on Tuesday, 1st March. Since then, six court dates have been rescheduled and subsequently canceled due to the defendant’s claimed illness.

Furchner is accused of complicity in the mass murder of 11,412 people at the concentration camp in Stutthof, now known as the village of Sztutowo, located near the city of Gdansk, in what was then Nazi-occupied Poland and what is now Poland’s Pomeranian Voivodeship.

The death camp began operating on 2nd September 1939. It soon developed into a huge complex of 40 sub-camps across several locations.

German media reports that a criminal trial that has already begun and that has been running for a period of 10 days or more can be interrupted for up to one month.

Citing the German Criminal Code, local media state that this can be extended to up to two months if the accused falls ill.

One of the most important witnesses for the prosecution in the ongoing trial is historical expert Stefan Hoerdler.

The specialist on the history of German concentration camps is testifying as an expert and he has already spoken during six days of the ongoing trial.

He is now scheduled to continue giving testimony on Monday, April 25.

Hoerdler previously told the court about numerous testimonies pertaining to the mass murders committed at the camp, one of which was given by the defendant’s husband, name not reported, whom she married after the war, and who was a former SS soldier, and who said in 1954: “People were gassed in the Stutthof camp. They talked about it in the commander’s office.”

Another piece of testimony, from another former SS officer, unnamed, but dating back to 1974, states that he had observed six events when prisoners were forced to board trains before another SS officer wearing railway worker clothes climbed onto the roof and poured something into the wagon.

Hoerdler quoted that the witness had said at the time that he had only found out later that the people in the train car had been gassed to death.

Furchner made international headlines when she daringly attempted to escape going to trial in a taxi.

It read: “Due to my age and physical limitations, I will not attend the court dates and ask the defense attorney to represent me.

“I would like to spare myself these embarrassments and not make myself the mockery of humanity.”

Despite the letter, the court did not appear to believe that Furchner would make a run for it and as a result, she was allowed to come and go freely in the build-up to the first trial date, on September 30.

In the escape attempt, Furchner left her retirement home in the upmarket town of Quickborn, in the district of Pinneberg, in Schleswig-Holstein, near Hamburg, jumped in a taxi, and failed to show up at the trial.

Police arrested the 96-year-old woman just hours later and held her in custody for five days.

There have been numerous poignant moments during the ongoing trial, including when Onur Oezata, the lawyer for three of the concentration camp survivors tried to make an opening statement on behalf of the victims, but the court reportedly opposed this.

This led Oezata to accuse the presiding judge Dominic Gross of trying to silence them. He reportedly said: “You want to silence us! They are downgrading us to extras!”

The lawyer was backed up by his colleague, a lawyer representing co-plaintiffs and named as Christoph Rueckel, who appealed to the court to focus on cooperation rather than confrontation, arguing that the words of the victims should not be cut short.

The judge put his decision down to scheduling difficulties but quickly backtracked, saying: “To conclude from this that these ladies and gentlemen should not be heard is simply absurd.”

One of the witnesses, Asia Shindelman, was born in Lithuania in 1928 and was taken to a ghetto with her parents in 1941 after Nazi Germany occupied the Baltic region. She was sent to Stutthof, where she was received by SS guards armed with whips and dogs, three years later.

Through an interpreter, she told the court that the SS guards were given free rein to do anything they pleased, including “kill us”. She and other Jewish women were taken to a sub-camp, where they were made to dig trenches for defense purposes, a month later.

Shindelman survived the ordeal and now lives in the US state of New Jersey. She hopes her testimony will help to bring Furchner to justice.