The thief clearly thought she was an easy touch when he tried to snatch her keys outside her spa in Passos on Wednesday, April 13.
By Lee Bullen April 15, 2022
Facebook
Twitter
Linkedin
Email 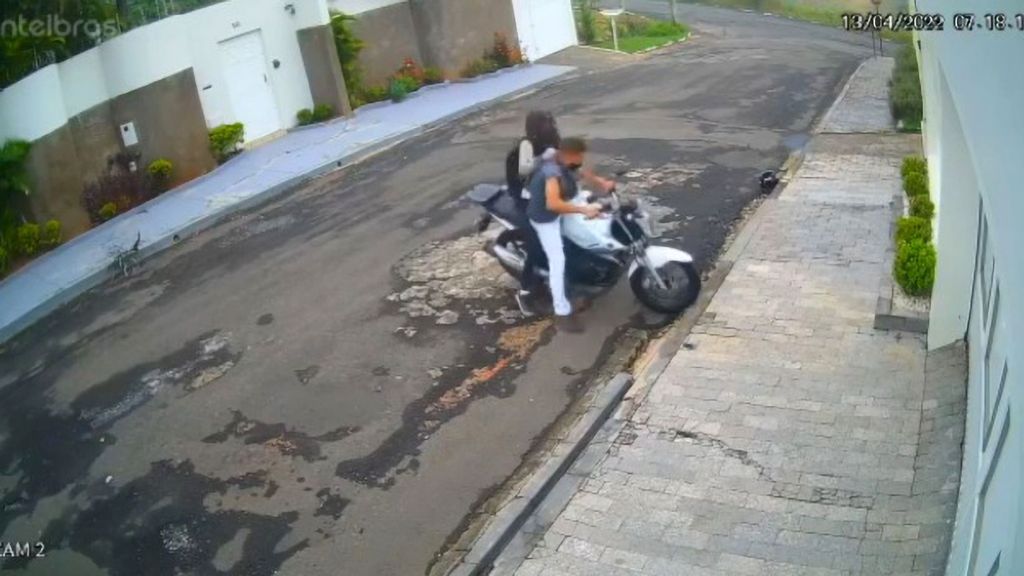 A young woman fought with a thief and prevented her motorcycle from being stolen on 13th April, in Passos, Brazil. (Zenger)

A furious female motorcyclist gave a would-be bike thief a beating when he tried to steal her prized machine.

The thief clearly thought she was an easy touch when he tried to snatch her keys outside her spa in Passos, which is a municipality located in the south-western part of the south-eastern Brazilian state of Minas Gerais, on Wednesday, April 13.

But in a furious fightback, she not only saw off the crook but gave the police enough information to find him and arrest him.

CCTV footage of the confrontation shows the 17-year-old thief running over and attacking the young woman to snatch the keys after throwing her to the ground. Her helmet can be seen falling to the ground as she is thrown by the would-be thief.

She jumps back up almost immediately and lunges at the hooded thief, hitting him. The hapless crook then jumps on the bike but before he can even start it, she grabs him by his hoodie and pulls him off the large motorcycle, which can be seen threatening to fall over, but thankfully it does not.

The thief, who has now lost his hoodie to the angry biker, then shoves her hard to the ground and tries to start the bike again.

But she leaps onto the bike behind him and pummels him from behind while apparently screaming in his ear.

He then jumps off the bike and throws her violently from the vehicle but she still does not give up, and again she comes back, with this time the bike falling over.

The thief attempts to set the bike upright but is cut short as she comes back for more and he is then forced to let go of the motorcycle and flee empty-handed as other people run onto the street, appparently alerted by her cries and all the commotion.

The footage has been widely shared on social media and the police later confirmed that they had arrested the 17-year-old suspect, who has not been named.

The young woman bike owner, who has not been named either, was taken to hospital with minor injuries. The victim’s boyfriend, also unnamed, said she had been left shaken by the attack, but with no regrets about saving her beloved bike.

The police investigation into the incident is ongoing. It was unclear if the suspect had been formally charged at the time of writing.