The attacks reportedly took place in the village of Chornobaivka, in the southern Ukrainian region of Kherson Oblast.
By Lee Bullen April 15, 2022
Facebook
Twitter
Linkedin
Email 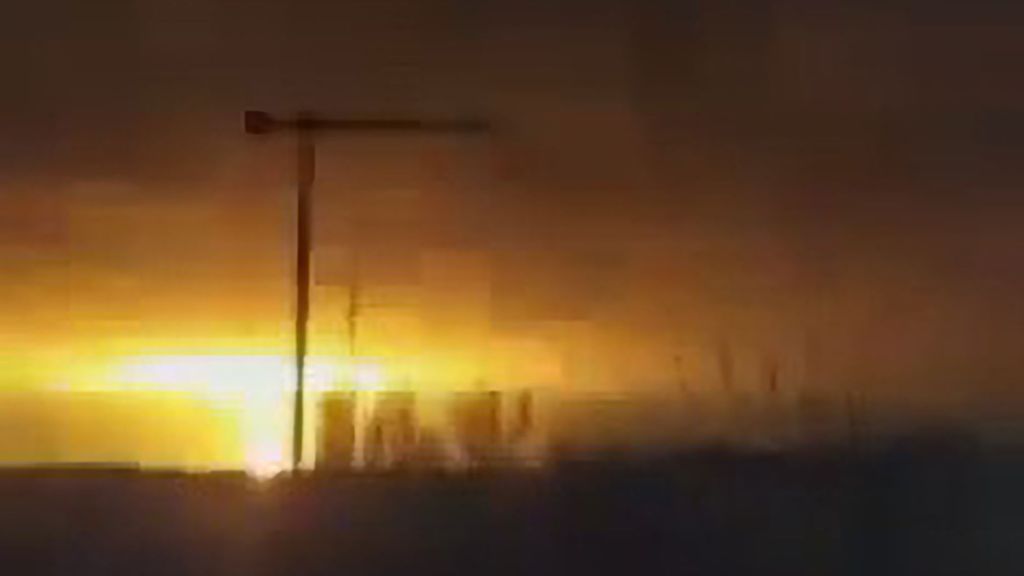 The attacks reportedly took place in the village of Chornobaivka, in the southern Ukrainian region of Kherson Oblast.

The video, however, is so dark that it is impossible to see what the target is or if it has been hit.

StratCom added: “Ammunition depots of the 22nd Army Corps of the Coast Guard of the Black Sea Fleet of the Russian Federation were destroyed.

Russian troops invaded Ukraine on February 24 in what the Kremlin is calling a “special military operation”.

Today marks the 50th day of the invasion. From February 24 to April 14, the total combat losses of Russian troops stand at about 19,900 personnel, according to the General Staff of the Armed Forces of Ukraine.

In recent developments, the Russian Ministry of Defense (MoD) said the Moskva, which is the flagship vessel of its Black Sea fleet, had been seriously damaged.

The Russian MoD explained that a fire caused ammunition onboard to explode, but it added that the cruiser remained afloat.

Officials said the crew had been evacuated and that the vessel would be towed to port.

Ukrainian officials claimed their troops struck the cruiser with two missiles and that it started sinking.

Meanwhile, the United States has said it is sending Ukraine more artillery, armored vehicles and helicopters.

And the Kremlin says Russian troops have gained full control of the south-eastern Ukrainian port city of Mariupol. The Ukrainian MoD, however, says its troops are still holding out there.

Elsewhere in the country, Wladimir Klitschko – who is the brother of the Mayor of Kyiv, Vitali Klitschko – told reporters that the Ukrainian capital is slowly coming back to life.

His comments came following the withdrawal of Russian troops from north of the capital after the Kremlin decided to focus its military efforts in eastern and southern Ukraine.